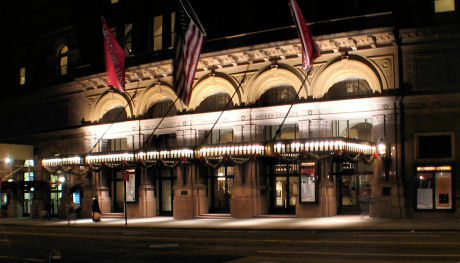 The news came down this afternoon that ICM agents Robert Newman (the hepcat indie-world guy who reps cool-out-of-school directors like Guillermo del Toro, Baz Luhrman, Robert Rodriguez, etc.) and Matt Solo (nephew of Napoleon, related on his mother’s side to Han) had jumped ship and joined Endeavor as partners. Deadline Hollywood Daily‘s Nikke Finke got the story — “more fall-out from ICM’s recent merger with Broder Webb Chervin Silbermann,” she reasons, plus the apparent fact that Endeavor’s “on a roll.”

Just got out of the 8:20 pm showing of Pan’s Labyrinth at the Lincoln Plaza, and there was no missing the fact that the crowd was enthralled, captivated…until the very sad, somewhat dispiriting ending. This is a very sensual, obviously transporting dream movie, but director-screenwriter Guillermo del Toro‘s story plays as it does because, deep down (or so I believe), his hatred of Sergi Lopez‘s Captain Vidal (i.e., wanting to see him beaten down, sliced open and destroyed for his black monstrousness) is stronger than his feelings of love and tenderness for Ivana Baquero‘s Ofelia, although those feelings are obviously considerable.

Bob Dylan isn’t suing anyone over Factory Girl — Hayden Chistensen‘s Dylan-xeroxed “Quinn” character is the only guy in the film who really cares for Sienna Miller‘s Edie (apart from Shawn Hatosy‘s Cambridge pally) plus he advises her to steer clear of Warhol and his vampires. Still, it’s a wee bit ironic that Todd Hayne‘s I’m Not There, an ostensibly heavy examination of the Dylan mystique/legend, is being distributed by the Weinstein Co. I mean, considering that somebody from the Weinstein camp fed “Page Six” that recent item about Dylan having allegedly gotten Sedgwick pregnant (i.e., according to her brother).

I happened across a DVD Beaver frame capture from Casablanca this morning, and for the first time ever noticed the date on the lower right corner of the payment receipt — December 2, 1941. In other words, the Casablanca story is unfolding only three or four days before the attack on Pearl Harbor, which obviously intensified matters all around, at least as far as Americans were concerned. 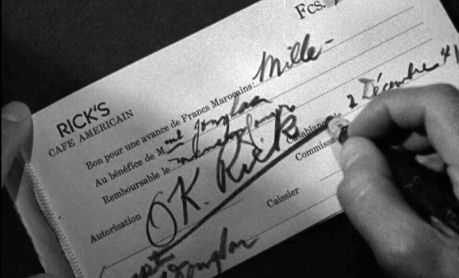 The Oscar-winning Michael Curtiz film was, I believe, shot in early ’42 and released in late November of that year. (Oddly, it didn’t open in Los Angeles until January 1943.) Interesting that Curtiz (or his production designer or set dresser) envisioned the action happening right before the Japanese attack rather than, say, early or even mid ’42. This isn’t an earth-shaker, I realize, but has anyone else caught the date before?

A certain columnist today named Talladega Nights: The Ballad of Ricky Bobby as the fifteenth best film of 2006… yeegodz! Champagne-toasting a comedy of this calibre (which I suffered through like a cancer patient) and trying to lift it up to pseudo-best of the year status is an old movie-journalist ruse — it makes you look ahead-of- the-curve to bestow serious praise on what others have derided as a crude, run-of-the-mill culture-war comedy. 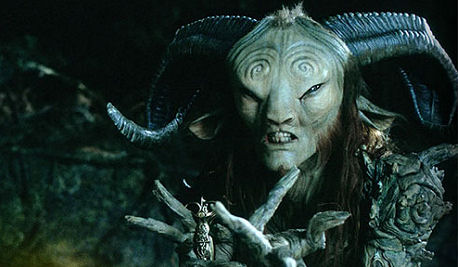 The Producers Guild of America today improved the Oscar odds of Alejandro Gonzalez Inarritu‘s Babel, which had been seen by some handicappers as somewhat pummelled and rope-a-doping over the last three or four weeks, by naming it as one of the PGA’s five Best Picture nominees.
The other four, no real surprises, are Martin Scorsese‘s The Departed, Bill Condon‘s Dreamgirls, Jonathan Dayton and Valerie Faris‘s Little Miss Sunshine and Stephen Frears‘ The Queen.
The obviously stellar and worthy United 93, Children of Men and Letters From Iwo Jima haven’t necessarily been hurt by being excluded, but let’s face it — they haven’t been helped. For what it’s worth, 11 of the previous 15 PGA winners have won the Best Picture Oscar.
The 3,000 member-strong org will announce the winner on 1.20 (while ev erone’s up at Sundance) at L.A.’s Century Plaza hotel.
Nominated producers are Inarritu, Steve Golin and Jon Kilik for Babel, Graham King for The Departed, Laurence Mark for Dreamgirls, Marc Turtletaub, David T. Friendly, Peter Saraf and Albert Berger and Ron Yerxa for Little Miss Sunshine and Andy Harries, Christine Langan and Tracey Seaward for The Queen.

“What was Little Miss Sunshine if not a brilliant ontological dissection of the perils of sublimation? Every one of the characters is undone by the pressure to conform to the entertainment- celebrity complex ideal, to find a suitable success shape that will justify their existence to the world — everyone but the Alan Arkin character, who chooses hedonism.
“What I love about Little Miss Sunshine are the philosophical questions it raises about how we live, how we should live, how we should be.” — Carina Chocano posting in Slate‘s Movie Club.
“Undone” but not beaten. Paul Dano‘s “Dwayne” character gets past his obsession with being an Air Force jet pilot by the end of the film. And isn’t Steve Carell‘s “Frank” pretty much divested of any success dreams at the get-go, having tried and failed to commit suicide and barely able to lift a half-enthusiastic eyebrow about anything? The nice thing is that he’s in pretty good spiritual shape by the end of the Sunshine journey. 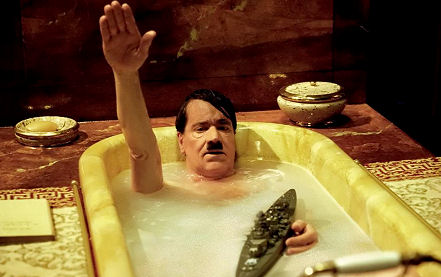 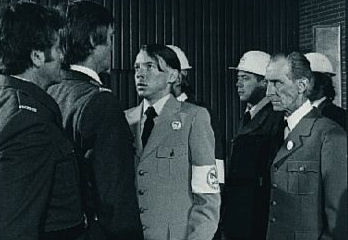 “Because President Bush declared Tuesday a national day of mourning [because of ex-President Gerald Ford‘s passing], the United States Postal Service did not deliver mail. No big deal right? Except that yesterday was the deadline for ballots to be returned to the Producer’s Guild of America and the Screen Actors Guild for their respective film awards. And those Oscar screeners that were coming out at the end of the year spent a day somewhere deep in the bowels of the postal system.” — N.Y. Times guy David Carr (a.k.a., “the Bagger”) on the fretting and running around that happened as a result.

Both the Kansas City Film Critics Circle (KCFCC…sounds like Kentucky Fried Chicken) and the Austin Film Critics have named United 93 as their Best Film of the Year. Will the Academy cowards who’ve refused to see this film heed this latest hosannah, or are they digging their heels all the more with each new award it receives? Can the delicate finessings of Universal Oscar consultant Tony Angelotti achieve the impossible and persuade them to at least watch it?