Earlier this evening 60 Minutes guy Morley Safer interviewed Helen Mirren, as if she needed another media voice telling everyone that she’s got the Best Actress Oscar in the bag. Little Bitty Problem: the clips don’t play and there’s no sound to boot. 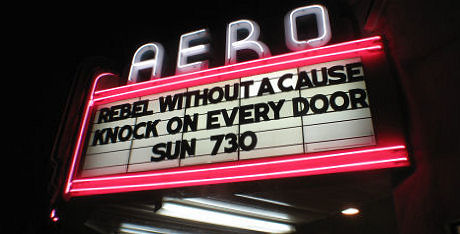 “For those who can’t appreciate a good story without having every little detail explained to them, and who can’t imagine any plausible reason for Children of Men‘s set-up (i.e., a world where humans can no longer reproduce), let me provide a possible reason: genetic warfare.
“At some point in history of this film’s world, someone engineered a virus that would cause sterility, and released it on a population in order to commit genocide. But it was an airborne and it got loose and became more virulent than predicted, and affected everyone that it came in contact with. Okay? Not that difficult to imagine, and good stories often let you use your imagination a little bit. Some people even enjoy using their imagination.
“But really the story doesn’t require you to know the why of the premise; the premise is plausible enough to hang the story on it, without having to explain why.” — Bkemper on Diggs.com.

“Last January at the Sundance Film Festival, when Alan Arkin saw the 1,200-seat auditorium where Little Miss Sunshine would be screened, he wondered if he needed to figure out how to protect himself, in this case from exaggerated expectations. “I was nervous,” he said. “It’s a little movie. I thought it was going to tank.” — from Margy Rochlin‘s N.Y. Times profile.

This is why Mark Wahlberg has very good traction as a Best Supporting Actor contender.

The art of being Clint Eastwood during Oscar season is to appear to be above all the nonsense while at the same time being right in the thick of it while playing the community — press, industry, Academy members — like Jascha Heifetz on a Stradivarius. And yet… 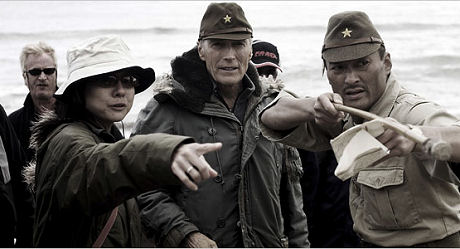 As masterful as Letters From Iwo Jima is (i.e., everyone agrees it’s heads and shoulders above Flags of Our Fathers), I knew it was over and done as a fifth-slot Best Picture contender when (a) a certain journalist told me he couldn’t get his wife to sit down and watch a Letters screener he’d been sent, and (b) when I stuck my head into a 9:30 pm showing of Letters last Tuesday or Wednesday night at Manhattan’s Lincoln Square theatre and saw…oh, maybe 40 people. Near-great film, awesome performance by Watanabe, etc. But it’s looking like an Oscar also-ran. 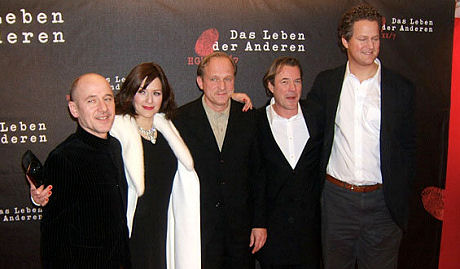 Flash…yesterday afternoon’s news!…Guillermo Del Toro‘s Pan’s Labyrinth was voted Best Picture of 2006 by the National Society of Film Critics. This is a huge boost for Pan’s and del Toro — the Oscar for Best Foreign Language Feature seems all but assured. Labyrinth edged out Christi Puiu‘s The Death of Mr. Lazarescu and Clint Eastwood‘s Letters from Iwo Jima, which came in second and third, respectively.
The Best Director award, however, went to United 93‘s Paul Greengrass. (I say again to Academy members who’ve refused so far to see this film — don’t buckle!) Del Toro and The Departed‘s Martin Scorsese were first and second runners-up.
Forest Whitaker, the Manchurian Candidate nominee for Best Actor who controls the minds of critics from coast to coasts through an implanted chip, was named best actor by the NSFC for The Last King of Scotland. The only consolation in this corner is that Whitaker “eked out that victory only after an extra tie-breaking vote,” says the Hollywood Reporter‘s Gregg Kilday, “which left Peter O’Toole in second place for Venus, followed by Ryan Gosling for Half Nelson.”
The Queen‘s Helen Mirren was named Best Actress for the 89th time.” Mark Wahlberg took the Best Supporting Actor honors for his motor-mouth, “ya-muthah-fucked-me” cop in The Departed. Meryl Streep was named Best Supporting Actress for her performances in both A Prairie Home Companion and The Devil Wears Prada — does this mean Jennifer Hudson‘s Dreamgirls performance is slipping just a bit? (I’m not saying it is — I’m just asking.)
The Queen‘s Peter Morgan won the Best Screenplay prize, with The Departed‘s William Monahan and The Good Shepherd‘s Eric Roth the top two runners-up.
Emmanuel Lubezki, naturally, won the Best Cinematography Oscar for Children of Men.