There’s a question about whether Children of Men director Alfonso Cuaron will be attending Wednesday evening’s “Three Amigos” press party. Word from Pan’s Labyrinth director Guillermo del Toro, who will most definitely attend, is that Alfonso is sick with a London flu (along with his family) and was under the weather as of Tuesday morning. “He could still make it,” says Guillermo. “I’ll know in the morning. I hope he does. It would be the sweetest.”

“We’d like to feel insecure when we go to make our next movie. Losing [the Best Picture Oscar] might be the best thing for us.” — Little Miss Sunshine co-director Valerie Faris, as passed along by N.Y. Times Oscar guy David Carr (a.k.a., “the Bagger”).

A pre-Berlin Film Festival blast from EXBERLINER’s D. Strauss, who says he’ll be filing day by day as things move along. The Berlinale runs from 2.8 through 2.18. 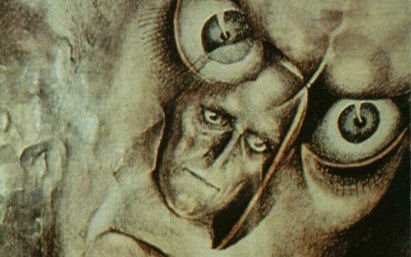 2 Comments
Masters on Grey vs. Spielberg

Slate‘s Kim Masters has written about Steven Spielberg‘s (and the DreamWorks team’s) conflicts with Paramount chairman and reputed credit-hog Brad Grey. It’s a brewing, building tempest and apparently leading somewhere. Truth be told, I’m so unmoved by this territorial spat I was barely able to type this out.

“Moody and unpredictable, Jim Carrey has long been one of the world’s most bankable actors,” reads the headline copy for Kim Masters‘ just-published Radar magazine hit piece. “But last year, as reports of his bizarre behavior and on-set tantrums circulated through Hollywood, several of his major projects imploded. Has America’s class clown soured on the shtick that made him famous? Or have the studios soured on him?” 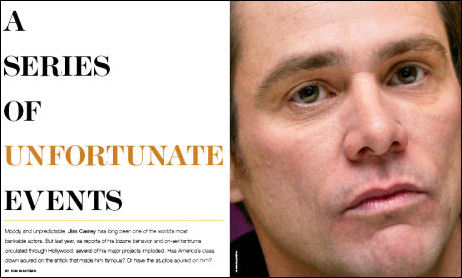 No Comments
No connections

Dreamgirls fails to land a Best Picture and Best Director nomination, and two weeks later the two biggest publicity people on the Dreamamount lot — Nancy Kirkpatrick and Eric Kops — announce they’re leaving to start their own firms. On top of Dreamgirls Oscar strategist Terry Press announcing the same thing two or three weeks earlier. But there’s absolutely no connection, I’m told. Kops wants to produce, not publicize, and Kirkpatrick has been rumored to be exiting her post since Sherry Lansing left the lot. 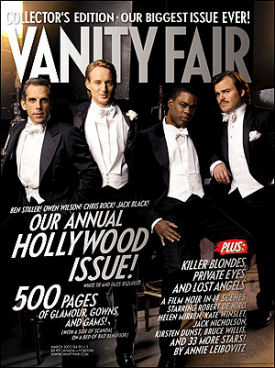 “Former vice-president Al Gore will be the next president of the United States,” the Toronto Star‘s “Oscarology” blogger Peter Howell has declared. “Why? Because on Feb. 25 he’s going to win the Oscar for Best Documentary Feature for An Inconvenient Truth, his expose about global warming that is having a big impact on the global village consciousness.

“Gore is on the side of the angels and of history with this issue, and he’s been leading the charge. Wiser political minds than mine insist that Hillary Clinton, Obama Barack or John Edwards will be the next president. I say the three are just worthy contenders for the crown, which will ultimately be placed on the head of Gore.

“Global warming has become the issue of current times, replacing global terrorism as the nightmare scenario. Gore offers hope and action. Just ask the people who hand out the Nobel Prizes, whom this week nominated Gore for a Nobel Peace Prize for his efforts to save the planet.

“The guy could have both an Oscar and a Nobel this year. A perfect way to launch a campaign for a presidential race you know he’s going to enter, despite all the non-denial denials. He’s being smart and letting Clinton, Barack and Edwards tear themselves apart before committing. But he will. And he will win.” 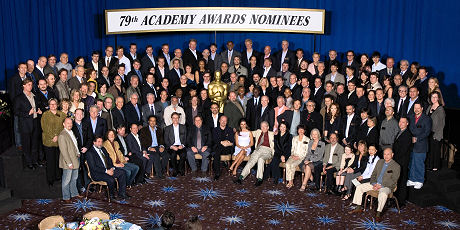 All together now — the whole Oscar nominee community at the same instant in the same cosmic space, taken before or after Monday’s Oscar nominee luncheon. USA Today reporter Claudia Puig says “the biggest cheers were heard for director Martin Scorsese, Will Smith, Forest Whitaker, Abigail Breslin, Helen Mirren and Peter O’Toole, who got a standing ovation.”
February 6, 2007 10:32 amby Jeffrey Wells
2 Comments
Lane on “Others”

New Yorker critic Anthony Lane‘s review of The Lives of Others is one of his best ever — eloquent, compassionate and appreciative of every last echo in this awesomely fine film.

“If there is any justice, this year’s Academy Award for best foreign-language film will go to The Lives of Others, a movie about a world in which there is no justice,” he begins. “It marks the debut of the German director Florian Henckel von Donnersmarck, of whom we have every right to be jealous. First, he is a stripling of thirty-three. Second, his name makes him sound like a lover with a duelling scar on his cheekbone in a nineteenth-century novel. And third, being German, he has an overwhelming subject: the postwar sundering of his country.

“For us, the idea of freedom, however heartfelt, is doomed to abstraction, waved by politicians as if they were shaking a flag. To Germans, even those of Donnersmarck’s generation, freedom is all too concrete, defined by its brute opposite: the gray slabs raised in Berlin to keep free souls at bay.”

The final scene, he says, is one “of overwhelming simplicity and force, in which the hopes of the film — as opposed to its fears, which have shivered throughout — come gently to rest. What happens is that a character says, ‘Es ist fur mich’ — ‘It’s for me.’ When you see the film, as you must, you will understand why the phrase is like a blessing. To have something bestowed on ‘me’ — not on a tool of the state, not on a scapegoat or a sneak, but on me — is a sign that individual liberties have risen from the dead.

“You might think that The Lives of Others is aimed solely at modern Germans — at all the Wieslers, the Dreymans, and the weeping Christa-Marias. A movie this strong, however, is never parochial, nor is it period drama. Es ist fur uns. It’s for us.”

There’s a two-page “Vanities” chart in Vanity Fair‘s just-out Hollywood issue, comparing the earmarks of Old Hollywood with Old New Hollywood. On the second page Hedda Hopper and Deadline Holly- wood Daily‘s Nikki Finke are equated as the old and new versions of “terrifying industry gossip.” Except Nikki pasted over the word “gossip” on her site and changed the term to “reporter.”

I can sympathize with the paste-over impulse. Finke is a hybrid columnist of some kind, but there’s no doubt that she makes the calls and digs into the particulars like any hard-boiled reporter. She makes judgment calls and says what she thinks deep down, but her column wouldn’t be what it is without her sources, her note pad and old-fashioned shoe leather.