“It’s dangerous to make broad generalizations about TV versus film without sounding as though you’re comparing apples and tubas, but let’s do it anyway: television is running circles around the movies,” Newsweek’s Devin Gordon argues in the new, just-out issue.

“The internet age has put both industries into a state of high anxiety, with everyone scrambling to figure out how money will be made in a digital future where people watch movies on their phones and surf the web on their TVs. But while the major film studios have responded by taking shelter beneath big-tent franchises, the TV industry has gone the opposite route, welcoming anyone with an original idea.

“The roster of channels has ballooned into the hundreds, creating a niche universe where shows don’t need to be dumbed down in order to survive (because the dummies have their own channels). DVDs, meanwhile, have upended how we watch television, transforming shows from disposable weekly units into 8-, 12-, sometimes 22-hour movies. ‘We get a lot of people who tell us they don’t even watch the show when it airs,’ says Joel Surnow, co-creator of 24. ‘They wait for the DVD and watch it all at once.'”

Another presumably choice DVD on the way: Peter Ustinov‘s Billy Budd (’62), a literate, superbly acted (by Terence Stamp, Robert Ryan, Melvyn Douglas, Ustinov), very handsomely photographed (monochrome, 2.35 to 1 Scope) adaptation of the Herman Melville novel about innocence wronged. Ustinov’s Captain Vere is perhaps too humane and guilt-wracked, but the reptilian malevolence in Ryan’s Claggart is fascinating, and the young, blonde-haired Stamp is angelicism personified before even speaking a word. Ustinov directed and produced. Due March 6th from Warner Home Video. 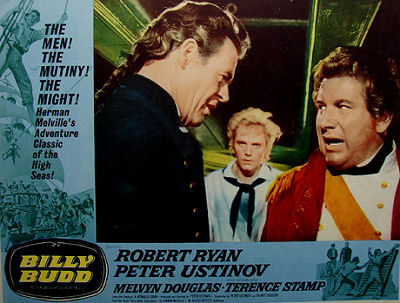 Universal is doing a little Children of Men promotion with CHUD and critic-essayist Devin Faraci, with reader questions submitted to director Alfonso Cuaron and Alfonso answers them on video. (Or so it says here.) Devin is asking HE readers to submit questions, which he presumes will be appropriately incisive and intelligent.

Hail Mary and holy mother of God: a double-disc Warner Home Video DVD of Prince of the City, my all-time favorite Sidney Lumet film, is “streeting” on 5.22.07.

I regard it more affectionately than all the other sublime New York Lumet films (including Dog Day Afternoon and Find Me Guilty) because it titanically reeks of coarse and odorous five-borough atmosphere in each and every frame. On top of which it may be the most deeply conflicted “moral drama” ever made — it doesn’t finally know what it’s trying to say exactly, but oh the guilt! Guilt so mucky and tortured and ambiguous mixed with loyalty among corrupt and criminal friends, and lathered with lies and confessions and magnificent New York cop-and-mafioso patter….layer upon layer of brag, bullshit, innuendo and terrible truth.

It’s also a movie that taught me one of the most valuable life lessons I’ve ever taken to heart: choose your friends carefully but once you’ve done that, stick by them forever — never rat, never flip, and never trust a prosecutor.

Based on a true story and set in the ’70s, it’s about a narcotics cop named Danny Ciello (Treat Williams) who wants to unburden himself of guilt about his reckless dishonest ways, so he decides to go undercover for the feds to uncover police corruption. At first the danger of the job excites him and he gets away with it, but eventually the feds squeeze him into ratting out his partners and friends, and before you know it the guy’s freaking and then imploding, and then on the brink of suicide.

It runs 167 minutes and 80% of it is about prosecutors and cops and mafiosos, sitting and pacing inside government offices talking about evidence and guilt and indictments. All wearing white shirts and ties, toughing it out and stating their cases, sipping coffee out of cheap styrofoam cups as they try to out-bluster and out-truth-talk each other.

Roger Ebert wrote nearly 26 years ago that “this is a movie that literally hinges on the issue of perjury. And Sidney Lumet and his co-writer, Jay Presson Allen, have a great deal of respect for the legal questions involved. There is a sustained scene in this movie that is one of the most spellbinding I can imagine, and it consists entirely of government lawyers debating whether a given situation justifies a charge of perjury. Rarely are ethical issues discussed in such detail in a movie, and hardly ever so effectively.”

Prince of the City acquainted me with a Thomas de Quincy passage that I’ve never forgotten: “If once a man indulges himself in murder, very soon he comes to think little of robbing; and from robbing he comes next to drinking and Sabbath-breaking, and from that to incivility and procrastination.”

If Children of Men‘s Emmanuel Lubezki doesn’t win the Outstanding Achievement trophy at tonight’s American Society of Cinematographers (ASC) Awards ceremony at the Century Plaza, the Movie Gods are going to go into shock. 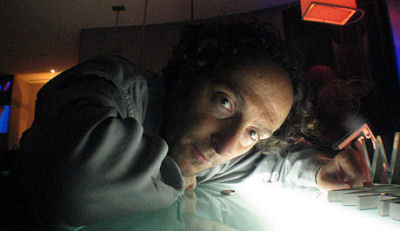 Here’s a Sasha Stone ASC chart that I don’t quite get. 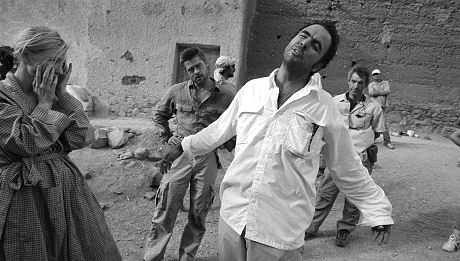 “I don’t understand why everybody’s saying the best picture race is between The Departed and Little Miss Sunshine,” an Oscar voter “fumed” to O’Neil the other day. “I voted for Babel and I know a lot of other academy members who did, too!”

“Over the past week, while chatting with lots of academy members and other Hollywood insiders, I’ve kept track of all of the alleged votes I’ve heard about,” Tom explains. “Practically everybody in town does the same thing, too, and they eagerly share their tallies with you in intense Oscar huddles that occur at Seven-Elevens, at the Starbucks, at Ralph’s supermarket, at the endless stream of award shows (oh, will these guild kudos galas ever end?).

“The problem is [that you] don’t know who to believe because they all have their own movies they’re secretly rooting for — films they have loyalties to, via work or personal connections — and they’re probably tipping the scales for their own choice when they tattle to you. The surprising thing that keeps popping up consistently: how strong the vote is for Babel.

“Beware: as tantalizing as it may seem to jump now onto an imagined Babel bandwagon, remember this: it may be a phantom bandwagon created in a town populated with professional fibbers. Babel has won no guild awards. If it had, that would point to obvious industry support, considering that nearly all Oscar voters belong to the showbiz guilds (but not vice versa — the guilds have thousands of additional members). In a separate posting, I will explain why I’m sticking with Departed for best pic.”

I don’t know from the 5th Annual International Online Cinema Awards, but they have their heads on straight and their priorities in order. Best Picture, Children of Men, and Best Director, COM‘s Alfonso Cuaron. Best Actor, Leonardo DiCaprio in The Departed…yes! They didn’t have the conviction or the character to go for someone besides Helen Mirren as Best Actress, but they went for Little Children‘s Jackie Earl Haley as Best Supporting Actor, Notes on a Scandal‘s Cate Blanchett for Best Supporting Actress, and The Departed posse for Best Ensemble.

Sasha Stone-bird is actually describing tonight’s 57th American Cinema Editors “Eddie” Awards, colloquially referred to as the Ace Eddie awards, as “all-important.” Can you imagine asking the checkout girl at Gelson’s if she has any Ace Eddie predictions and her going, “Ohmygod! I forgot they’re tonight! The Eddies!”

Stonesy has assembled an ACE Eddie-compared-to-Oscar-winners historical chart, and I’m jumping on the bike and heading down to the Gelson’s on Santa Monica Blvd. near Sweetzer right now.