Support on Patreon Follow @wellshwood
3 Comments
Doings at the Reporter

Deadline Hollywood Daily‘s Nikki Finke is reporting that (a) “the mood at the Hollywood Reporter” in the wake of the announced departure of editor Cynthia Littleton and columnist Anne Thompson is “horrible” right now, that “the last vestige of humanity [at the Reporter] leaves with [Littleton].” and that “everybody feels like the sky is falling.” Finke is also passing along speculation that Littleton’s replacement might be Billboard editor Tamara Conniff, “but she’s not popular with THR staff, and Hollywood types are telling me it would be a poor choice.”

Another piece about movies that make guys cry, this one by MSNBC’s Ian Hodder. Hasn’t this subject been covered ad infinitum? I explained several years ago that the one big thing guys cry about is loss — the son or daughter they didn’t love enough, the childhood dog that died, the woman that got away, the loss of a friend, the loss of a wallet with lots of cash in it. Fill in the blanks but that’s the trigger mechanism.

So where’s the visual? I’m just a guy kvetching from the sidelines, but can you imagine being an editor of a serious online news site and putting up a story that’s entirely about a composite image of James Bond and not putting up said image?

I guess this Fox deal to make The Happening is an M. Night Shyamalan bounce-back. After the debacle of Lady in the Water, I mean. Hearing that nobody wanted to buy The Green Effect I figured he’d be in movie jail for at least a year and a half to two years, or perhaps longer. But no — Night is resilient, relentless, exacting, tenacious. That said, The Happening plot sounds like a big gulp: “a paranoid thriller about a family running from a natural crisis that presents a large-scale threat to humanity.”

A month ago Time writer/columnist Joel Stein told a Palo Alto audience about an interview he did with Leonardo DiCaprio in early 2000 (the idea was to talk The Beach). DiCaprio wouldn’t agree to experience anything with Stein, so it became a shopping-at-Ralph’s piece because Stein (a) noticed a Ralph’s card peeking out of Leo’s wallet and figured he was a penny-pincher and (b) offered to buy Leo’s groceries. Leo agreed, they went to the Ralph’s in West Hollywood (at the corner of Beverly Blvd. and Doheny) and here’s the piece that resulted. DiCaprio was furious about it. He decided that Stein was a betraying, must-to-avoid prick. Here, again, is Stein’s story about how it all went down. And here‘s the Time piece. 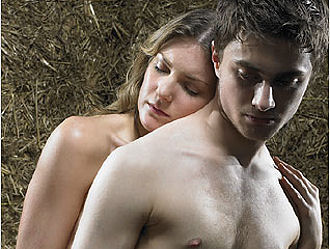 38 Comments
Nobody trusts their eyes 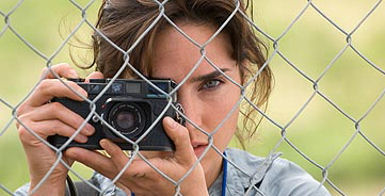 The best trailer mash I’ve seen in months — Glen and Garry and Glen and Ross. Four sad, desperate men with Tourette’s Syndrome — Al Pacino, Alan Arkin, Ed Harris, Jack Lemmon — who receive a spirit-lifting Stand and Deliver wake-up from a gifted visitor, played by Alec Baldwin, who cuts right to the chase and doesn’t mince words. Such as: “Only one thing counts is this life…are you hearing me, you fucking faggots?” 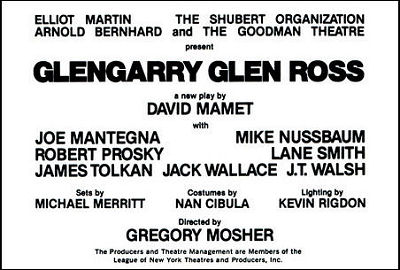 No offense to the guys in the film or its director, James Foley, but I saw these actors perform Glengarry Glen Ross on the B’way stage in ’84, and nobody could have ever been better. Particularly Mantegna as Rick Roma — he owned that role the way Marlon Brando owned Stanley Kowalski and Humphrey Bogart owned Duke Mantee.

It’s hilarious to me, but you need to have seen the film and know the kind of guy Baldwin played in it or it won’t work. Hearty congrats to narrator David Bret Egen, co-creator, producer and editor Mike Dow, and co-creators Ari Eisner. 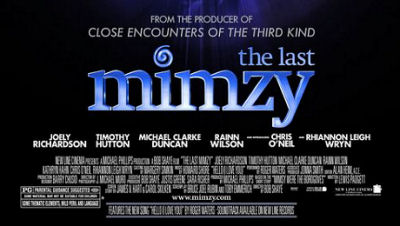 Yoko Ono has triumphed again in her ongoing Chinese Commmunist censor campaign to keep the late John Lennon‘s reputation as hallowed, pixie-dusted and Ono-sanctified as possible. Truly, this woman’s avarice and manifest control-freak compulsions are a spiritual canker sore on the Lennon legend. 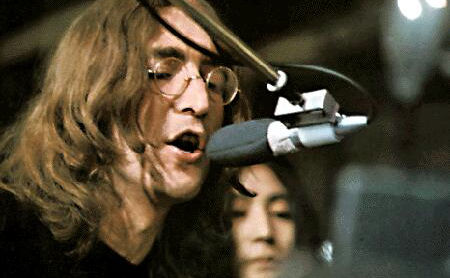 A little more than two weeks after she withdrew music-rights permission for a 90-minute documentary called John Lennon: Working-Class Hero (possibly because it contained a reported interview with Lennon’s first wife Cynthia, who “allegedly complains on-camera that drugs and Ono were responsible for the break-up of their marriage”), Ono has reportedly blocked a small-time, backwoods world premiere of Three Days in the Life, a Lennon documentary shot in 1970 by Ono’s ex-husband Tony Cox.

The doc was to have been screened last night (i.e., Tuesday) at the Berwick Academy, a private school in southern Maine.

An AP story posted yesterday said that Ray Thomas, the doc’s exec producer, “culled raw footage that was shot inside Lennon’s apartment down to a two-hour film covering a pivotal time in Lennon’s career. The footage was shot by Cox over a three-day period in February 1970, two months before the breakup of the Beatles. Lennon is seen composing songs, touring his 100-acre estate and rehearsing for a BBC show in which he performed ‘Instant Karma’ for the first time publicly. 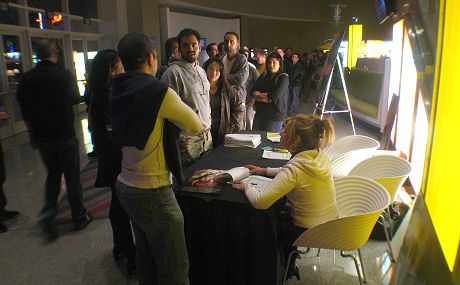