Calling Jeff Okun, the Blood Diamond teardrop special-effects ace who got into a friendly debate with me a few days ago. This Ronald Reagan teardrop photo on the cover of the 3.16 Time magazine isn’t up to Okun’s level. It looks like a glob of digital glycerine mixed with saline fake-boob solution. I just watched the Blood Diamond DVD and I’m much cooler with Jennifer Connelly’s. 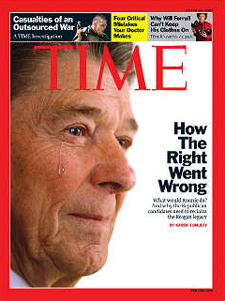 Ocean’s Thirteen is going to Cannes so the festival can throw the spotlight on George Clooney, Brad Pitt, Matt Damon and Al Pacino …fine. Nobody’s going to trash this latest Steven Soderbergh-er like The DaVinci Code or Marie Antoinette got trashed, even if it’s on the level of Ocean’s Twelve, which I have a special affection for because of the improvised Julia Roberts-pretending-to-be-Julia Roberts scene in the Rome hotel room with Bruce Willis. 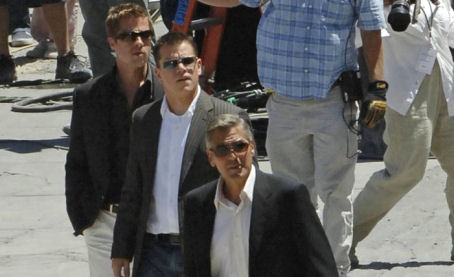 I was just wondering why, in mid-March, Alison James‘ Variety story about this didn’t veer into speculation about some likely (or somewhat likely) Cannes frontliners. Like the Toronto Star‘s Peter Howell did a month ago. Surely James has her sources and has heard a few things?

Howell assembled a list of Cannes-favored directors (i.e., men whose films have routinely been invited to the festival in years past) and simply cross-referenced it with their latest efforts which are slated to open in ’07.

I checked back with Howell yesterday morning, and he’s still betting on Bob Dylan and the Rolling Stones being there this year — Dylan being the subject of Todd Haynes‘ I’m Not There and the Stones having been portraited by Martin Scorsese in a “career-spanning documentary on the Rolling Stones, with concert footage from their ‘A Bigger Bang’ tour.” 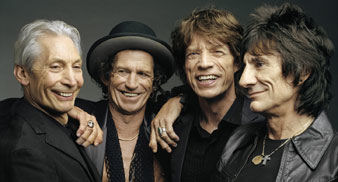 I’m agreeing with Howell in half-expecting to see the following turn up in Cannes (and if they do it’ll he a hell of a festival): Paul Thomas Anderson‘s There Will Be Blood, Michael Moore‘s Sicko, Joel and Ethan Coen‘s No Country for Old Men (I read the excellent script for this last year — it told me the film could be Fargo-level), Hou Hsiao-hsien‘s The Red Balloon, Michael Haneke‘s Funny Games, Michael Winterbottom‘s A Mighty Heart (the murder of Daniel Pearl movie), Wong Kar Wai‘s My Blueberry Nights, Gus Van Sant‘s Paranoid Park, Hector Babenco‘s El Pasado and Ken Loach‘s These Times.

Howell says to scratch the Adam Sandler pic from the list in his 2.16. piece. (Alexander Payne co-wrote the screenplay, but the final version has been heavily “Sandlerized.”) And scratch David Cronenberg‘s Eastern Promises, which won’t be ready to show until the Toronto Film Festival in September. 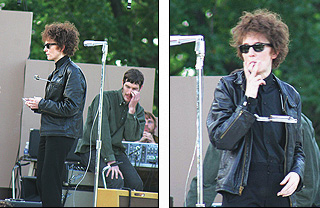 I think I know this one. In fact, I’m dead certain. It’s from Pauly Shore‘s In The Army Now. 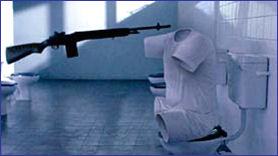 Changing your agent is like buying a new car. It feels better to drive one with that fresh-car smell, especially if it has a more powerful engine or a better-sounding music system, or because it’s more energy-efficient. I know that cars are primarily about emotion and secondarily about function. That said, I’ve been waiting for Babel director Alejandro Gonzalez Inarritu to jump ship since around this time last year, which is when his longtime Endeavor agent and ally John Lesher took the job of running Paramount Vantage. He stayed with Endeavor through the award-season Babel campaign out of familial loyalty, but on February 26th it was back to brass tacks. He’s now a CAA guy.

There’s nothing wrong with Cate Blanchett taking a straight paycheck job in the forthcoming Indiana Jones film, which people are somewhat interested in seeing but also skeptical about because Harrison Ford (a.k.a., the guy who catches z’s in the back seat of his girlfriend’s car while she’s shooting on a nearby sound stage) turns 65 in July. 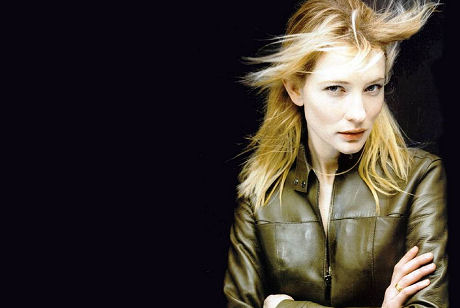 Not only is the stringbean-thin Blanchett great at tongue-in-cheek vamping (she was the best thing in The Good German), but she’ll look like a freshly-sprouted flower in Indy IV alongside Uncle Festus. She probably wants to lighten up anyway after recently completing three heavy roles (in The Curious Case of Benjamin Button, The Golden Age and I’m Not There) following her big melodramatic ’06 run in German, Notes on a Scandal and Babel.

Reign Over Me is Mike Binder‘s “best film, and these are two of the best performances I’ve seen from either Adam Sandler or Don Cheadle, and that is saying something for both of them,” writes HE columnist Moises Chiullan (i.e., “Arthouse Cowboy”) from South by Southwest.

“What’s that? Sandler isn’t an actor, he’s a comedian? And Cheadle playing the straight man is no big task? Wrong, wrong, wrong.

“Sandler has everything he needs in his tool kit that every great American actor has had: humor, charisma, emotional sensitivity, and depth among them. He usually doesn’t get to show them off. He says he purposely doesn’t read what the press writes because of what it does to you to have to endure that kind of defamation and ridicule. It’s like asking to get picked on at school.

“I don’t think you’re qualified to be a film critic if you can’t objectively give Sandler his due for this movie. I don’t know how Hollywood politics work, but this performance…..you know, I’m not gonna go there, this is enough of a rave already. I’ll put it this way — if you think you saw all the nuance he had to offer in Punch Drunk Love, you’re sadly misled.

As for Don Cheadle, another comment brought up in the q & a was how difficult it is to play the straight man — having the script and knowing everything that’s really going on, but having to spontaneously, moment-to-moment go back to the place where you can’t see in the other guy’s head and feel that helplessness…that’s a bigger challenge than you’d think. Cheadle knocks it out of the park, across a state line, and out of another park altogether.

“You seriously have to see this movie. It’s more relevant than every movie I can think of currently in active, first-run release, and as summer approaches, you never know when you’ll get to see a movie that really has something to say anytime soon.”