IGN’s Stax Flixburg is reporting that Darren Aronofsky‘s next directing chore will be The Fighter, a fact-based boxing drama that will reteam Departed co-stars Mark Wahlberg and Matt Damon. Filming is expected to begin this summer in Massachucetts, he says. (Variety‘s Michael Fleming and Pamela McClintock almost certainly read Stax’s story, made a few calls and posted their version last night at 7:16 pm, without acknowledging that Stax broke it. That’s the way they do things over there.)

There’s a premiere screening of the first two episodes of the final season of The Sopranos tomorrow night at the Radio City Music Hall, plus an after-party with the cast somewhere…terrific. Just got into town, didn’t do my advance homework, there’s no chance of attending and this is the end of the line.

“In a world where everyone has an opinion — and can both share their own and seek out others online — respect for critics has taken a severe nose dive,” observes Lewis Beale in his latest Reeler essay. “But everyone seems to have forgotten that just because you have an opinion doesn’t mean it’s well-thought-out.

“None of the fanboys at Ain’t it Cool News, for example, can measure up to the chops of Jim Hoberman or Manohla Dargis. I mean, I love opera, but I’ll be damned if I’m going to write a critique of Don Giovanni — I just don’t know enough about the genre’s subtleties.

“Which raises the key question: Why are critics writing about movies like A Night at the Museum anyway? Films like this are absolutely review-proof. It’s also old news that people who want to see them couldn’t care less what any egghead says about them, and given the massive PR machines behind these films, you’d think a critic’s time would be better spent writing about deserving indies, thoughtful foreign releases or Hollywood flicks like Zodiac. You know, films that actually merit an essay.

“Even the thought of the New York Times wasting space on Norbit gives me the willies, so why bother? What does it prove? And who are they reviewing it for, anyway? Some works just do not warrant in-depth examination or critical mention. Does the New York Times Book Review cover every Danielle Steele novel? Or the TV section write about every new program on the Game Show Network?” 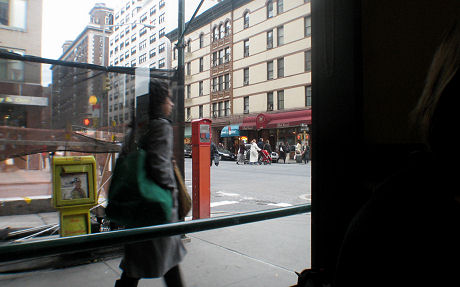