I convulsed after reading a listing on Film Jerk that says Pirates of the Caribbean: At World’s End (Disney, 5.25) is going to run 170 minutes. I called four or five Disney distribution people to check and they all did the shilly-shally, so let’s presume until we hear otherwise that Film Jerk has it right.

I’ve been hearing all along that POTC: ATW was going to be just shy of three hours, but I didn’t want to believe it and I still don’t. If the 170-minute report turns out to be true, I think it’s fair to start trashing this puppy sight unseen.

I knew director Gore Verbinski was arrogant, or at least indifferent to the general rule of thumb that light-hearted action romps shouldn’t run any more than 100 or 110 minutes, tops. The fact that Pirates of the Caribbean: Dead Man’s Chest ran 150 minutes is what was mainly wrong with it. It showed, in any event, that Verbinski is profligate and undisciplined, and that producer Jerry Bruckheimer and top Disney brass had decided it was easier not to make an issue of the length because the movie would make money hand over fist anyway so why raise a stir?

In short, it didn’t matter if people’s butts were stiff when they came out of theatres because they’re going to pay to see it anyway and guys like David Poland will talk about how POTC: DMC filled them with ‘joy” so the hell with the negheads.

A goofball CG pirate movie running 10 minutes shy of three hours is obscene. Even though I love Bill Nighy‘s Davy Jones…even though Verbinski is an immaculate visual composer…even though it’s going to be “fun” and funny and eye-filling and whatnot. POTC: AWE is going to kill your sacrum, your sacroiliac and your hip joints, and will most likely make you stiff and grumpy. Unless, of course, you’re one of those moviegoers who can’t help but feel delighted by pure-entertainment, subtext-free movies, of course. In which you’ll be over the moon.

Again — it’s not the length in itself. I left Zodiac wishing it had been three hours or longer. It’s the idea of a jape wearing the clothes and the attitude of an epic, of a comedic CG romp that hasn’t quite pushed itself into the running-time realm of Lawrence of Arabia and Gone With The Wind but isn’t all that far from it either.

This is a little bit better than those grotesque teddy bear T-shirts, but it’s still not uptown enough for my tastes. Imagine being the manufacturer and after kicking ideas around for two or three days deciding that “I Love Nappy Headed Hos” is the best slogan you’ve heard. Imagine what kind of person you’d have to be to come to that conclusion. There’s also that Fruit of the Loom label. I’m not going to get into this because guys like Joe Leydon will get offended, but you know what I mean. 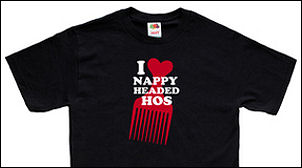 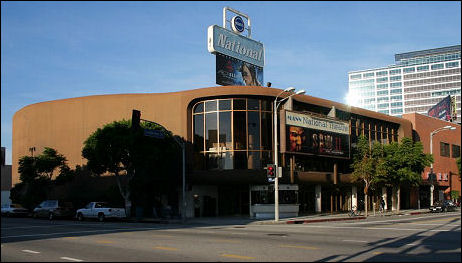