New Line has signed Queen Latifah to either play Steve Martin‘s or Lily Tomlin‘s role in a remake of All of Me. I’m presuming that my first reaction upon reading this in yesterday’s Variety — a mixture of revulsion and horror — is being echoed all across America and on all the ships at sea.

Let’s presume that Queen Latifah, being a woman of considerable fame and a sizable ego, is looking to play the Martin role. (It’s unusual to announce a big star being in a new project if he/she is set to play the second lead.) Martin’s performance was probably the best thing he’s ever done, due in large measure to his gifts as a spazzy physical comedian. Does Queen Latifah possess even a fraction of the comic talent that Martin has — or used to have, at least — in his little pinkie finger?

People of taste should, of course, avoid this film at all costs if she takes the Martin role, but if she’s playing Tomlin’s…well, let’ see.

The Reeler (a.k.a. Stu Van Airsdale) reported early this morning that Angelina Jolie was likely to screen her documentary A Moment in the World at the Tribeca Performing Arts Center “around 4 or 5 p.m.” Who gives a shit, right? As I write this it’s 3 pm in New York City, and you know wild-dog papparazzi are almost certainly congretating at TPAC as we speak. News at 11…

Nicole Kidman is intending to produce and most likely star in a remake of How to Marry a Millionaire, with Sacha Gervasi (The Terminal) delivering the screenplay. The 1953 original costarred Lauren Bacall, Marilyn Monroe and Betty Grable as three plucky gold-diggers. Great, except Kidman has gotten too old to play a woman looking for a rich guy to support her, and there’s no way she can play, say, Bacall’s role without seeming distasteful.

Kidman will be hitting 40 in November, and there are few things more pathetic than a woman past her hot-bod prime who hasn’t sold her skills sufficiently in the job market (i.e., isn’t making enough money to “live well”) and has decided to try and snag a multimillionaire husband as a last-ditch attempt to live a flush life. The odds against such a quest are astronomical. Egoistic multi-millionaires looking for a trophy wife are not inclined to pursue 40-something women. Because they’re disinclined or unable to understand that women are much better people and much better partners at age 40 (or in their mid 40s, or in their mid to late 30s). I know what rich guys are like so don’t tell me. They’re into fresh bouquets.

Frank Langella, who’s been getting great reviews for his performance as Richard Nixon in Frost/Nixon, the Peter Morgan play that just opened in Manhattan, scored a major coup by snagging the Nixon role in Ron Howard‘s movie version, which will start shooting in August and come out in the fall of ’08. Howard wanted Warren Beatty as Nixon but apparently Beatty managed to somehow persuade Howard and partner-producer Brian Grazer to reconsider. (I could speculate but I won’t.)

London’s Daily Mail went with this story also, and Variety went with it a little after 9 ayem based on the Daily Mail report.

Howard was right to cast the best man as opposed to casting someone with more marquee value, and thereby deciiding to make the best possible film based on the quality of the merchandise. Like I said earlier, Frost/Nixon film isn’t going to break records no matter who plays Nixon. 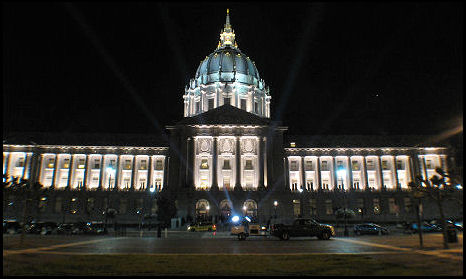 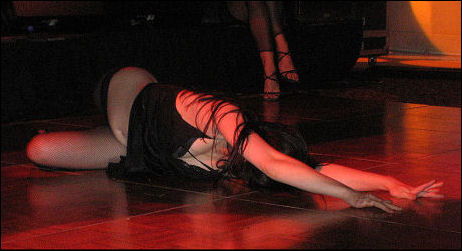 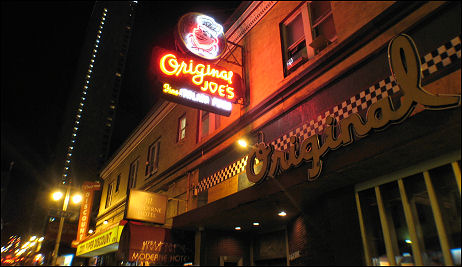 Quentin Tarantino has told the Telegraph‘s John Hiscock that his stand-alone Death Proof, which will show at the Cannes Film Festival and then commercially in Europe, will run 30 minutes longer than the 85-minute version that was included in Grindhouse, the three-hour, ode-to-exploitation double feature that became a devastating financial fizzle for the Weinstein Co. a few weeks ago.

Somewhere along the way I absorbed the idea that the longer Death Proof would only run about 100 minutes, or roughly 15 minutes longer. But a film running 115 minutes that originally comprised 85 minutes — that’s significant. One presumes (hopes) that the extra length will really and truly add to the film, and not just extend it.

“There is half-hour’s difference between my Death Proof and what is playing in Grindhouse,” Tarantino says. “I wrote my script — I couldn’t be prouder of my script — then I had to shrink it way down to fit inside this double feature.

“I was like a brutish American exploitation distributor who cut the movie down almost to the point of incoherence. I cut it down to the bone and took all the fat off it to see if it could still exist, and it worked. It works great as a double feature, but I’m just as excited if not more excited about actually having the world see Death Proof unfiltered.”

It is naturally assumed that the stand-alone Death Proof will have some kind of limited U.S. theatrical exposure prior to being released here on DVD, but maybe not.

“I can’t wait for [Death Proof] to premiere [in Cannes],” Tarantino says. “It will be in competition, and it’ll be the first time everyone sees Death Proof by itself, including me.” 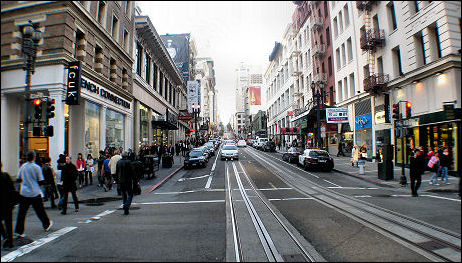 Jack Valenti, the consummate Hollywood politician and chief of the Motion Picture Assn. of America for 38 years, died this afternoon. The news broke right while I was flying from Burbank to Oakalnd, hence the late posting. The head of the Motion Picture Association of American for 38 years, Valenti was a brilliant operator, a wise wordsmith and an elegant man. Oh, and a great raconteur.

I first met Valenti at some kind of industry gathering at the Sportmen’s Lodge on Ventura Blvd. in 1983, and I can remember to this day his sharp eagle eyes sizing me up as he smiled and shook my hand. All world-class smart guys all over the world have eagle eyes. Eyes that whir and click as they assess your vibe, your appearance, your manner. Valenti was one tough hombre. I thought he lacked flexibility as far as trying to address the wrongs of the CARA ratting system, but that was then and this is now.

Radar‘s Jessica Grose asked me and two other big-mouths — Roger Moore of the Orlando Sentinel and Colin Covert of the Minneapolis Star Tribune — to comment on three new TV ads directed by big-name directors. (Note: Radar told me to view and assess three ads, and if they’ve chosen to only post reactions to one or two of them, that’s their doing.)

A $50 million deposit into Tom Hanks‘ I.R.A. account to star in Angels and Demons? The reported fee is actually $35 million plus a potential $15 million in back-end revenue. You be the judge.

I’m heading up to the San Francisco Film Festival in a couple of hours. I probably won’t be back into things until 5 or 6 pm. There’s a big opening night hoo-hah that I’ll probably try to attend.