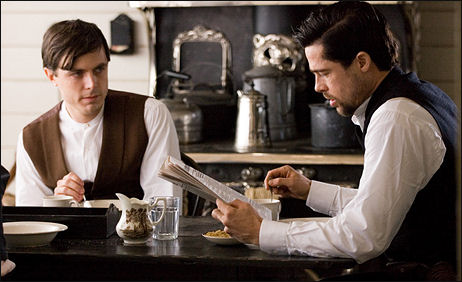 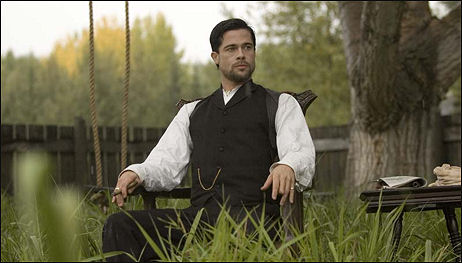 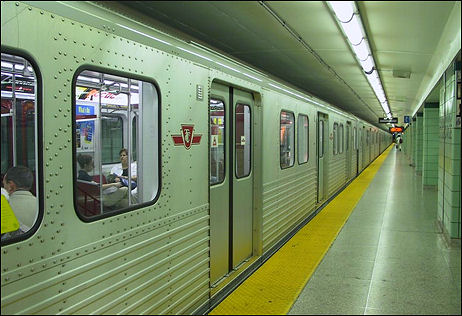 The differences betwen Robert Koehler‘s Variety review of Paul Haggis‘s In The Valley of Elah (Warner Independent, 9.14 and 9.21) and my own opinion thing-dingie, which I ran last month, aren’t as profound as they may seem.

The only serious divide is Koehler feeling it’s “too self-serious to work as a straight-ahead whodunit and too lacking in imagination to realize its art-film aspirations” while I believe it exemplifies the kind of films that never seem to be doing all that much, but then gradually sneak up on you, laying groundwork and planting seeds and lighting all kinds of fires and feelings. Koehler is wrong, but I respect his intellect and perceptions. It’s just an honest different of opinion.

Otherwise, we both admire Tommy Lee Jones‘ performance and Roger Deakins‘ cinematography, and we both have problems with Mark Isham‘s score and particularly an Annie Lennox song that Haggis stuck on to the very end of the film — an element that wasn’t in the version I saw several weeks ago.

What Keohler seems to miss is that Elah isn’t some concoction, some tricks-of-the-trade movie that’s mainly about pushing buttons and playing audiences like an organ. It’s primarily about respecting real-life experience and refining this into art. Haggis’s screenplay is based on a true story that happened in the summer of ’03, and was first reported a year later in a Playboy magazine article by Mark Boal, called “Death and Dishonor.”

It came from Boal interviewing Lanny Davis, a former U.S. Army M.P., about the death of his son, who had been reported AWOL following a tour of duty in Baghdad. Haggis bought the rights and created a somewhat fictionalized version, although he stuck to the basic bones.

The result, as I said several weeks back, is “more than just a respectable true-life drama, and a helluva lot more than the sum of its parts. I think it’s close to an epic-level achievement because it’s four well-integrated things at once — a first-rate murder-mystery, a broken-heart movie about parents and children and mistakes, a delivery device for an Oscar-level performance by Tommy Lee Jones, and a tough political statement about how the Iraq War furies are swirling high and blowing west and seeping into our souls.” 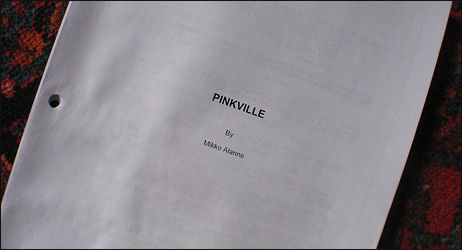 To actual Wall Street traders, Gordon Gekko — the suspender-wearing shark played by Michael Douglas in Oliver Stone‘s Wall Street — has always been a hero. “That’s his appeal,” says Ed Pressman, producer of a Stephen Schiff-penned sequel called Money Never Sleeps. “Gekko is larger than life. His appetites are large. The audience enjoys a vicarious pleasure of seeing a world they would never be part of. In a funny way Wall Street was like The Godfather — in that the real mob began dressing and behaving like characters in the movie. After Wall Street people started wearing suspenders [braces], like Michael.”

James Mangold‘s 3:10 to Yuma will have a nationwide sneak on Sunday night. The Lionsgate marketers are encouraged by the numbers (they out-pointedShoot ‘Em Up in today’s tracking) but they obviously want to bump things up before next Friday’s (9.7) opening, and they’re convinced they’ve got a word-of-mouther.

“This is the lamest Telluride Film Festival I’ve ever been to,” a guy told me a few minutes ago from the streets of this beautiful Colorado mountain town. “It’s gorgeous up here if you can stand the altitude — it’s 9500 feet above sea level — but where’s the excitement? Where are the Oscar contenders? Where is No Country for Old Men? Where is Atonement? Where is Elah? Where is The Assassination of Jesse James? Where’s Before The Devil Knows You’re Dead, the Sydney Lumet film? It’s really esoteric. Is this something to do with the tastes of Gary Meyer? They’re going to show 40 minutes of There Will Be Blood…that I’ve heard….but not the whole film.”

Uh-oh….Variety‘s Derek Elley is pissing all over Ang Lee‘s Lust, Caution from the Venice Film Festival. (You can trust Elley on this one — no ethnic or nationalistic loyalities in play.) The Elley quote being heard ’round the world is a real stinger: “Too much caution and too little lust squeeze much of the dramatic juice out of…a 2 and 1/2 -hour period drama that’s a long haul for relatively few returns.

“Adapted from a short story by the late Eileen Chang, tale of a patriotic student — who’s willing bait in a plot to assassinate a high-up Chinese collaborator in Japanese-held WWII Shanghai — is an immaculately played but largely bloodless melodrama which takes an hour-and-a-half to even start revving up its motor.

“A handful of explicit sex scenes (in the final act) have earned pic an NC-17 rating in the U.S., where it goes out in limited release Sept. 28. But beyond the notoriety of a Chinese-language picture with full-frontal female nudity, pic lacks the deep-churning emotional currents that drove Lee’s Brokeback Mountain and his best other works. B.O. in the West looks to be modest, once the initial ballyhoo has died down.”

7 Comments
“Putting on the Ritz” mp3

Here’s an mp3 of the “Puttin’ on the Ritz” number from the Young Frankenstein musical, presumably recorded in Seattle. At first it sounds exactly like the the same bit 1974 Mel Brooks film, then it expands all to hell. I don’t mean in a bad way — I mean extensively.

A major disagreement is shaping up over The Assassination of Jesse James by the Coward Robert Ford (Warner Bros., 9.21), and it’ll break wide open next Tuesday morning (9.4), which is when the trades and certain web columnists will be running their reviews. (Me included.) I’m a friend of this film — a big one. Two journalists I’ve spoken to this morning (one of them being CHUD’s Devin Faraci) feel the same way. But I’ve also heard that a certain guy hates it. This strikes me as somewhere between deranged and blasphemous by the standards of the Church of the Good Movie Lover. (A friend who attended last Tuesday night’s screening says this guy seemed to be in a state of discomfort as Jesse James unspooled, looking around every so often and eyeballing other viewers as if to say “you’re actually absorbed in this thing?”) Father, forgive anyone who trashes this film without reservation or qualification. Because I won’t.

The slate for the 34th Telluride Film Festival (Friday, 8.31 through Monday, 9.3) has been announced, and while there are many smart and stirring selections made by men of good taste, there are also no major pulse-quickeners or mind-blowers. It’s basically a bunch of Cannes stuff along with a few Toronto ’07 selections.

The idiosyncratic standouts for myself (if I were attending, that is) are a Norman Lloyd documentary (Matthew Sussman‘s Who Is Norman Lloyd?, a look at Lloyd’s 70 years as an actor-producer-writer) and a digitally remastered version of Richard Lester‘s Help!

The only thing that could save Telluride ’07 from “meh” status will be if that rumored-but-later-denied showing of a There Will Be Blood reel (as part of the Daniel Day Lewis tribute) turns out to be real.

Lee Chang-dong‘s Secret Sunshine, which “stars Jeon Do-yeon, winner of the Best Actress prize at Cannes, as a young woman trying to adjust to a new life with her young son amidst tragedy.”

Who Is Norman Lloyd?

Julian Schnabel‘s The Diving Bell and the Butterfly

When Did You Last See Your Father?, David Nicholl‘s adaptation of poet-novelist Blake Morrison’s memoir, directed by Anand Tucker, tells the story of a son’s conflicting memories of his dying father.

Todd Haynes‘ I’m Not There.

Sean Penn‘s Into the Wild,.

Kevin Macdonald My Enemy’s Enemy, a documentary “that tracks Nazi war criminal Klaus Barbie, a.k.a. the Butcher of Lyon.”

Noah Baumbach‘s Margot at the Wedding.

Werner Herzog’s Encounters At The End of The World, an exploration of “the vast empty splendor of Antarctica and the meaning that Herzog, with the help of physicists, biologists and volcanologists, tries to extract meaning from it.