It’s taking me two or three seconds to mentally separate Justin Theroux‘s Dedication (Weinstein Co., opening 8.24, expands 9.14), Gavin Hood‘s Rendition (New Line, 10.12) and Joe Wright‘s Atonement (Focus Features, 12.7) whenever any one of these films comes up in casual conversation. Any journalist who denies experiencing at least a slight twitch when discussing these three is flat-out lying.

An arbitrator has sided with talent agent Ed Limato‘s desire to leave ICM after 32 years and take his hot-shot clients — Denzel Washington is the biggest, along with Mel Gibson (temporary toast), Richard Gere (on the way down), Steve Martin (a lot less than what he was), Billy Crystal (diminishing returns) and Liam Neeson (Abraham Lincoln!) — with him to the next gig. ICM didn’t want that to happen and they tussled, but now it’s over and Limato, in the words of ICM General Counsel Richard B. Levy, “is now able to accept new employment opportunities.” The Denzel loss alone is obviously bad news for ICM, and is sure to further observations that this once-major super agency isn’t what it used to be. Nikki Finke will jump into this sometime soon.

It may be a mistake for the official Indiana Jones site to be using John Williams‘ almost gruesomely familiar trumpet-solo theme to herald the arrival of Indy 4 movie. For every middle-aged Jones fan who sprays shorts when he hears this anthem, there’s probably at least two or three younger viewers who are saying, “Is this some memory-lane theme-park movie or are they making a film that has at least something to do with right now?” (Apart from Shia Le Bouf being in it.)

There’s a cardboard standee reprinting all or most of Todd McCarthy‘s 5.18.07 review of Joel and Ethan Coen‘s No Country for Old Men (Miramax, 11.9) in at least one Los Angeles movie theatre lobby, and a Miramax guy just told me the standee is in 250 theatres nationwide. Here’s the review once more.

Read Dennis Harvey‘s review of Loretta Alper and Jeremy Earp‘s War Made Easy: How Presidents and Pundits Keep Spinning Us to Death, and tell me that seeing this somewhere today doesn’t reverberate like hell given this morning’s news about the departure of Karl Rove. I’d review it in a New York minute if someone would send me the DVD.

“A lot of people out there just kind of dismiss me as an irresponsible kid. All of Hollywood is old, old, old, for that matter. There are as many good young actors and directors in America as there are in Europe, but Hollywood shuts them out. Hollywood is afraid of young blood. It’s a ghost town. I’m 28 years old. I’ll give you five seconds to name me another Hollywood leading man under the age of 35.” — Warren Beatty speaking to Roger Ebert 40 years ago in London during a Bonnie and Clyde interview.

Tracking on The Invasion (8.17.07) is now at 67 aided awareness, 27 definite interest and 4 first choice….look for $10 million this weekend, perhaps a bit more. Superbad is finally starting to get traction — 54, 39 and a first choice rating of 9 among films opening this week. I can feel it climbing, climbing….it could crack $20 million this weekend, maybe more. The Last Legion is at 25, 19 and 2.

The 10.19 platform debut of Ben Affleck‘s Gone Baby Gone (which publicists still aren’t letting anyone outside of editors and feature writers see) is out the window. The Boston-based kidnap investigation drama (it doesn’t appear to be a “thriller” precisely, and I’m not sure if the word “procedural” applies) will now open nationwide on 10.19…one fell swoop. 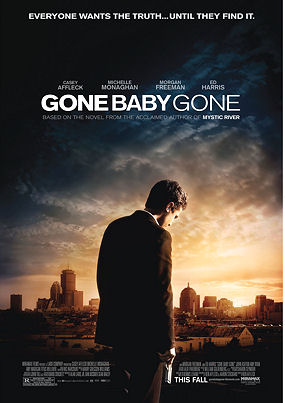 One of the absolute finest docs of the year (right up there with Charles Ferguson‘s No End in Sight and Tony Kaye‘s Lake of Fire) is David Sington‘s In The Shadow of the Moon (ThinkFilm, 9.7). Finest as in touching, inspiring, thought-provoking…a genuine contact high.

This is going to sound funny coming from an L.A. leftie, but Sington’s film made me feel almost patriotic — at least patriotic in a nostalgic sense. It reminds you that despite the pestilence of the Vietnam War and race riots and all the other horrors going on in the ’60s and early ’70s this country — by virtue of the space program — used to stand for something at least partly good. What does the U.S. government stand for today besides rube ignorance, neocon arrogance, the inspiring of Middle Eastern hate and contributing mightily to the destruction of the planet so that affluent-alcoholic Americans can drive their fat SUVs?
And yet one of the most moving things in the film is a recollection from one of the Apollo astronauts that when Neil Armstrong and Buzz Aldrin landed on the moon on 7.20.69, the sentiment wasn’t that “the U.S. did it” but that “we” did it — i.e., people of the earth.
And yet the emphasis in Shadow is not on the technical or political side but how the astronauts felt about what they went through, and what they were thinking deep down. Their recollections are even intimate at times. At least one of the guys (his name escapes) talks about having had a mystical experience during a moon voyage. No surprise in this. Anything that takes you outside the day-to-day groove can theoretically lead to a spiritual breakthrough, and in this sense the Apollo space program provided at least one or two of these former military pilots the same kind of God-head revelations that LSD voyagers were experiencing down on the ground during the same era.
There’s a special screening of In the Shadow of the Moon in Beverly Hills on Wednesday evening — special because it’ll be followed by an after-party with Ron Howard (who has endorsed the film by agreeing to a “Ron Howard presents” in the credit block) and astronauts Buzz Aldrin and Dave Scott in attendance. 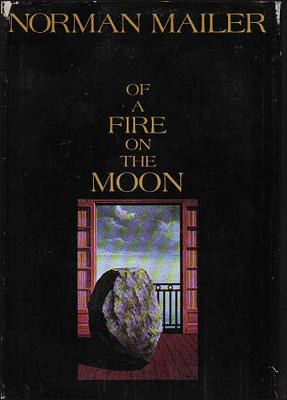 Mitt Romney will probably agree (if he hasn’t already agreed) to participate in the 11.28 Republican YouTube debate. I thought the snowman question during the Democratic debate was on the tedious side, but Romney’s stated reason for being against participating — “I think the presidency ought to be held at a higher level than having to answer questions from a snowman” — sums up what I find truly small and bumpkinish about him.
Add this to Romney’s recent attack upon Barack Obama for saying it would be wise and prudent to educate young children of a certain age about the dangers of sex offenders, and his offensiveness rating shoots up even higher. He seems like a fairly close relative of George Bush‘s, and by far the worst of the Republican stuffed-shirts — an embodiment of everything that good and bad people outside this country despise about rube politicians (or those courting the rube vote).

The Envelope‘s Tom O’Neil is reporting that Rob Reiner‘s The Bucket List, a road-movie dramedy about a couple of old-guy cancer patients (Jack Nicholson, Morgan Freeman) who escape from a medical clinic so they can do this and that before succumbing to the Big Sleep, will open on 12.25. In fact a Warner Bros. publicist confided this decision about ten days ago to a friend. So obviously notions of Nicholson or Freeman (or both) being in the Oscar nominee game are now within the realm. 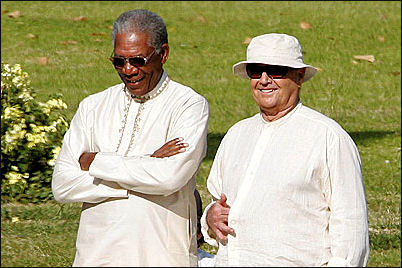 An Oscar-bait drama about cancer patients going on their last round-up, a December 25th platform release with a wide January break to follow, Nicholson and Freeman, inevitable applications of sentimentality, etc. If I were Reiner I would go with just one of the guys departing in the third act (or the end of the second act), but that’s me.
An AICN review of an early screening says that Jack and Morgan’s last joyride includes “skydiving, visiting the pyramids, hunting big game in Africa and riding a motorcycle down the Great Wall of China. The funny thing is that for a movie about dying, it’s really funny. [My girlfriend and I] both laughed pretty much all the way though, and she cried a whole bunch (okay, I might have cried a little). This is definitely a tear-jerker and though there are parts that crush you, you’re laughing at the same time. All in all, the feeling of the film is really uplifting and hopeful.”
He adds that Nicholson and Freeman are “amazing” and “shoo-ins” for Oscar consideration.
Of course, this was just written by “some guy” so take it with a grain of salt. On top of which there are always matters of concern with Reiner at the helm. His last hit (the decently made The American President) was twelve years ago. His last film, Rumor Has It, was thrown together on the fly so a little slack is in order, but it was still somewhere between inert and dreadful. Alex & Emma (’03), The Story of Us (’99) and Ghosts of Mississippi (’96) were movies to nod out by.
How does the director of A Few Good Men, The Princess Bride, Misery, When Harry Met Sally, Stand By Me and This Is Spinal Tap unlearn good instincts and good judgment? Beats me, but the last twelve years are the last twelve years.
My other beef is that Nicholson looks too well fed to be a cancer patient who’s been told his condition is terminal. I have some personal experience with this, and the closer you are to the end the thinner you tend to be. Even cancer copers with another year to go tend to look a little bit drawn and under-fed. I obviously haven’t seen the film, but I’d respect Nicholson’s performance a bit more if he’d mustered the discipline to forsake his lavish foodie lifestyle in order to drop 20 or 30 pounds instead of just shaving his head.