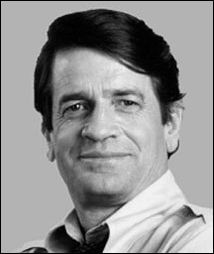 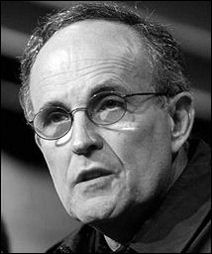 By taking the best feature of the year trophy at tonight’s 17th annual Gotham Awards ceremonies at Brooklyn’s Steiner Studios, Sean Penn‘s Into The Wild became the first 2007 movie to win anything significant in the year-end awards cycle.

Indiewire’s Eugene Hernandez and Peter Knegt have reported on all the managed generosity. Michael Moore‘s Sicko won the best documentary feature award, Juno‘s Ellen Page won the breakthrough actor award and Craig Zobel was named best breakthrough director for Great World of Sound. The casts of Talk To Me and Before The Devil Knows You’re Dead tied for the best ensemble cast award.

There aren’t very many Republican actors in Hollywood, granted, but they’re out there. And it seems reasonable to assume that at least some of them would be supporting Fred Thompson‘s bid for the Republican Presidential nomination. The guy has acted in “40 film and TV projects, after all, and appeared with thousands of other performers during his years in Hollywood going back to the mid-1980s until a recent turn as Ulysses S. Grant in HBO’s Bury My Heart at Wounded Knee,” as Politico‘s Jeffrey Ressner reports. And yet “only one recent contributor to ThompsonÃ¢â‚¬â„¢s presidential campaign, with a donation of $350, put down ‘actor’ in the ‘profession’ category.” So local conservatives prefer Rudy Giuliani or (choke) Mitt Romney?

Yesterday’s announcement about Warner Bros. production president Jeff Robinov being handed the reins of the newly formed Warner Bros. Pictures Group as of January ’07 means he’ll be running all worldwide marketing and distribution while continuing to oversee production for all studio releases. WB president and COO Alan Horn will continue to have “final greenlight authority” but will have less overall power and no dominion over marketing, which leaves domestic marketing president Dawn Taubin, a longtime ally/protege of Horn’s, in a vulnerable spot or at least a somewhat weakened position.

There are hints that the Broadway stagehands strike might not go on too much longer. A guy with some knowledge of the Broadway theatre world told me earlier today that a resolution doesn’t seem too far off. And N.Y. Times reporter Campbell Robertson wrote today that “in a sign that this stoppage might have been more of a break than a breakdown, the League of American Theaters and Producers announced that it was canceling performances only through WednesdayÃ¢â‚¬â„¢s matinees” — i.e., tomorrow’s. “Two weekends ago, when the talks fell apart, the league canceled all of Thanksgiving week,” Robertson notes. The two plays to see (if I were doing my usual NYC holiday visitation, which I’m not) would be Aaron Sorkin‘s The Farnsworth Invention and Tom Stoppard‘s Rock ‘n’ Roll. 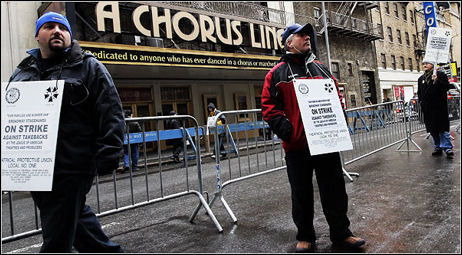 Tariq Khan‘s 11.26 Envelope piece about the ten worst Oscar losers is based upon behavior actually witnessed by TV viewers, as opposed to what’s been reported about this or that loser throwing a hissy fit. Sore-losing legend Eddie Murphy doesn’t rate, therefore, because the cameras didn’t see him leaving the Kodak theatre in a huff last year after losing to Alan Arkin in the Best Supporting Actor category.

This despite the L.A. Times‘ Joel Stein having run a 2.27.07 first-person observation piece about Murphy’s limo driver being told to pick up Murphy just after Arkin’s triumph.

Bill Murray‘s shocked and dismayed reaction after losing the Best Actor trophy to Sean Penn in ’03 wasn’t seen by the cameras either, and yet Murray ahs the #2 slot on Khan’s list. I distinctly remember not having a clue why Oscar host Billy Crystal was consoling Murray from the podium that night and begging him not to leave because the cameras showed next to nothing. Khan says Murray looked “devastated” — maybe I need to see the tape again but that’s not my recollection at all. 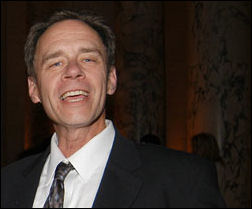 While admitting yesterday that he “got played a little” and “was not as careful as I should have been” in posting the since-discredited story about a Weinstein plan to push I’m Not There‘s Cate Blanchett in the Best Actress instead of Best Supporting Actress category, David Poland was correct in saying that Blanchett’s Dylan turn “is one of the five best performances on the year in all categories, male or female or dog or cat, if you were going to pick five…it is easily the current crowning achievement of her career.” 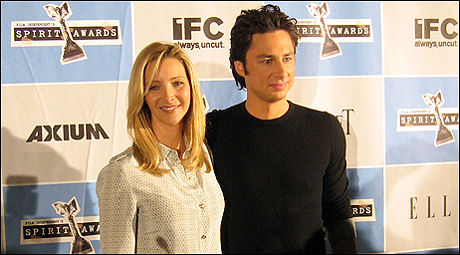 The nominations were announced by Zach Braff and Lisa Kudrow at 8 this morning at the Sofitel in West Hollywood. I was sitting in the front row, having loaded up on the free scrambled eggs, roissants, crisp bacon and good coffee a little while before. I snapped the usual photos and left hurriedly when it was over. I left my digital recorder lying on the stage….brilliant.

I’m Not There, Butterfly and Juno were nominated for Best Feature alongside Michael Winterbottom‘s A Mighty Heart and Gus Van Sant‘s Paranoid Park.

I’m Not There (duhhh) will win the Best Feature award. Todd Haynes will take the Best Director award. The Best First Feature winner is too tough call. (The nominees are 2 Days in Paris, Great World of Sound, The Lookout, Rocket Science and Vanaja.) And I don’t know from the John Cassevetes Award. 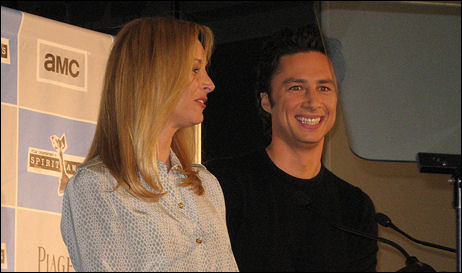 A morbidly obese, revoltingly chummy glad-handing photographer who was sitting next to me went “ohhh” when Waitress director-writer Adrienne Shelly‘s name was announced as one of the Best Screenplay nominees, so look for a possible Shelly win as a gesture of sorrow for the tragedy that befell her last year.

Either Juno‘s Diablo Cody or Before The Devil Knows Your’e Dead‘s Kelly Masterson will win the Best First Screenplay award — edge to Cody because she lives here now and knows how to work the town, and because Masterson is a New Jersey hermit.

Angelina Jolie may win the Best Actress award for A Mighty Heart (her best performance ever), but if she doesn’t win the rightful winner should be Parker Posey for Broken English.

The Best Actor competish will be between Philip Seymour Hoffman (The Savages) and Frank Langella (Starting Out in the Evening) — edge to Hoffman.

It’s too hard to call the Best Documentary nominees…pass. But the Best Foreign Film contest is between Cristian Mungiu‘s 4 Months, 3 Weeks and 2 Days (the best of the five nominees), Eran Kolirin‘s The Band’s Visit (possible recipient of a sympathy vote for having been fucked by the Academy and the HFPA with the language issue), and John Carney‘s Once, the little movie that could and did.