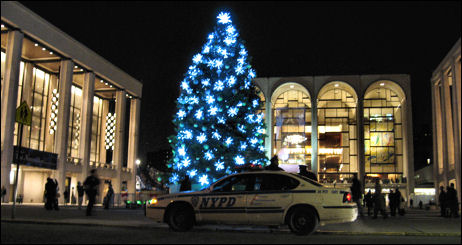 “Forget Fight Club and Se7en. If you’re looking for the real reason to consider David Fincher a major-league American director, all the evidence is right there in Zodiac. [This] is at once an epic true-crime police procedural and a genuinely chilling study in the nature of unfulfilled obsession. I should know: I’ve seen it three times already.” — from Toronto Star critic Geoff Pevere‘s 10 Best of the Year piece (“Skepticism was a Convincing Force,” 12.28). I’ve seen Zodiac seven times — four times in a theatre, the regular DVD once, and the Director’s Cut DVD twice. I’ll be posting an audio chat with Fincher on Wednesday or thereabouts.

Sooner or later all partnerships come to an end. Sad but not tragic. The important thing is to orchestrate the dissolution as gently and smoothly as possible for the kids’ sake.

A Manhattan-based online correspondent** has pointed out that There Will Be Blood‘s $100k per theatre average this weekend in two theatres “puts it up there with some of the Disney animated movies, Dreamgirls and Brokeback Mountain, all which ended up making over $70 million.
“It looks like there’s far more initial demand to see the movie than either Magnolia or Punch Drunk Love, although they also opened in more theatres.
“This doesn’t necessarily mean Blood might get a Best Picture nom but it certainly seems that the buzz created by the early praisings has generated exceptional interest and that other movies aren’t proving to have the same strength. (Like Sweeney Todd… one of the few movies to drop from its opening weekend…I wonder if DreamWorks will even be able to expand it as planned.)
“I think at the end of the season, everyone’s going to look at Paramount Vantage as the company that did everything right with Blood from holding it until the last weekend of the year to keeping screenings somewhat sparse right up until the week before critics’ awards… not releasing screeners too far before the movie’s release to avoid it leaking online. (Universal tried the same with Charlie Wilson’s War, but it just wasn’t strong enough a movie).
“I think that the early buzz has created a huge demand to see Anderson’s latest that will continue well into January and I wouldn’t be surprised if it ends up grossing more than No Country. (I personally like No Country better, although Blood is very good.)”
** I don’t want to identify said corespondent until he says it’s okay.

People have been screwing up their No Country for Old Men capsule plot descriptions in a small but important way for weeks now. The Age‘s Chris Mathieson, in a 12.26 interview with Javier Bardem, provides the latest example.
He starts with the usual: “When antelope hunter and Vietnam veteran Llewelyn Moss (Josh Brolin) stumbles across a drug deal gone wrong, he finds a succession of bodies and a bag containing several million dollars,” blah blah. Then the wrongo. Matheison says that Moss dooms himself and his wife, his young wife, Carla Jean (Kelly Macdonald), to a fugitive existence “once he takes the money.”
Nope. Moss and Carla Jean could have moved to Prague and started their own country & western apparel store if he’d listened to his head instead of his heart. The basic deal is that Moss screws himself when he returns to the carnage in the middle of the night in order to bring a jug of water to the bleeding, dying guy he’d spoken to a few hours earlier. Undone by a humane, not-very-bright impulse that Moss admits is “somethin’ dumber than hell but I’m gonna do it anyway.”
Which happens because of another dumb thing — i.e., Moss not bringing a canteen of water with him on his hunt. What guy hunting antelope over miles and miles of parched, desert-like terrain doesn’t carry at least a quart of H2O? Llewelyn, that’s who. “I ain’t got no agua.” So Llewelyn and Carla Jean’s fate is sealed because of two dumb mistakes, which essentially boils down to one — Moss’s absurd denial of the necessity of water on a desert hunt.
The initial dying bad guy scene would be a lot more believable If Moss had pointed to his empty canteen and said to the dying man, “I ain’t got no agua left.” That would have worked.

N.Y. Times reporter Michael Cieply is saying pretty much what Variety‘s Anne Thompson has also reported, which is that all signs indicate that the WGA strike will keep the Golden Globe awards from being broadcast by NBC on 1.13, and that at best the show will be an internet webcast as far as the outside world is concerned.
“Panicked at the prospect of having to confront strikers as they walk up the red carpet, celebrities have sent what Hollywood publicity executives describe as a near-unanimous signal: If striking writers show up, the stars will not,” Cieply writes.
“NBC, so far, is planning to forge ahead with its telecast” — hah! — “according to a person involved with the network√É¬¢√¢‚Äö¬¨√¢‚Äû¬¢s plans, who requested anonymity to avoid further roiling the waters.
“Yet people who have dealt with the foreign press association in recent days said it was considering plans to salvage a bit of glow by scratching the telecast in favor of either a webcast or, more likely, a purely private event. The ceremony, in its 65th year, was last staged without a broadcast in 1979.”
Question is, will the Oscars be forced to accept the webcast option also?

19 Comments
Charlie Rose, “There Will Be Blood”

The 12.21 Charlie Rose Show in which There Will Be Blood director Paul Thomas Anderson and star Daniel Day-Lewis appeared. The interview runs 55 minutes. 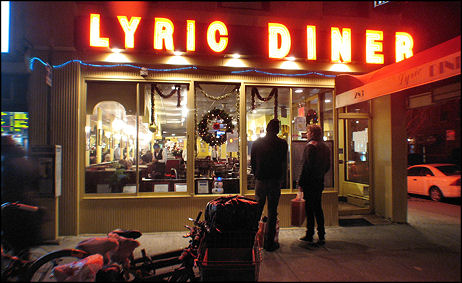 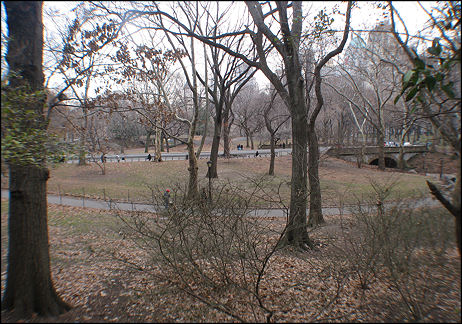 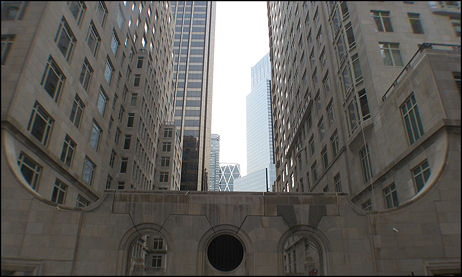 “You’re never as open to wonder and horror as when you’re a child,” Orphanage producer Guillermo del Toro tells MTV.com’s Josh Horowitz. “When you’re a child, you can really be enthralled and reach an absolutely ecstatic stage of joy with any wonder in the world. And by the same token, you can reach an incredibly deep paroxysm, like a panic of horror, deeper than any adult. 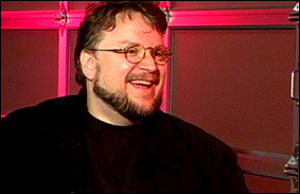 “It [therefore] takes a lot for an adult to regress to those intense emotional stages. And in the movies, obviously, the best way to present a fable or a myth is through the eyes of somebody that can experience it fully.”
Also: “I openly like to embrace the fantastic. Actually, I try to give the fantastic a very mundane feeling. I would love monsters to exist…I would love to see Godzilla on my way to work, destroying a city a mile or two away. I would love that.” Or at the very least, a Godzilla building being part of the Tokyo skyline, which Del Toro could enjoy while visiting that city for press junkets.

I’m sorry for not being a devout watcher of The Wire (there’s always the DVD box sets), but HE reader Tim Sherrick has pointed to an interesting featurette on the final season dealing with the media entitled “The Wire: The Last Word.”

Don’t look for anything too fierce or scorching from HBO’s Recount, a multi-layered account of the backstage drama that took place in Florida during the disputed 2000 Gore-Bush election.

A strikingly lean Al Gore at the 2000 Democratic National Convention

A story posted two days ago by Politico‘s Jeffrey Ressner implies that the two-hour telefilm, directed by Jay Roach and set to air next May, may have been slightly softened in order to keep Bush operatives — those lockstep political strategists generally credited with having helped steal the 2000 election (with the crucial compliance of the U.S. Supreme Court) from Gore — from causing a stir about the film’s depictions of their moves and manuevers.
“Eager to avoid the last-minute flap over accuracy that beset the ABC miniseries The Path to 9/11 last year, the makers of HBO’s upcoming docudrama allowed real-life figures depicted in the project to make script notes, visit the set and offer advice to director Jay Roach,” Ressner reports.
“They also gave relatives of the main characters small roles to placate their concerns.
“Studios and networks that produce stories based on true events will often make extraordinary efforts to avoid the bad press that can erupt if questions emerge about the bias or truth behind a project.
“Before Universal Pictures’ A Beautiful Mind> took home four Academy Awards in 2002, its Oscar chances were nearly derailed when a rival studio leaked rumors that Ron Howard‘s film about a schizophrenic math genius left out key parts of his troubled life, including reported homosexual and anti-Semitic incidents.
“And when HBO made a Peter Sellers biopic in 2004, the actor’s son raised a fuss about the accuracy of the film’s source material.
“Recount, which wrapped shooting in Florida earlier this month after six weeks of production, was written by actor Danny Strong (of Buffy the Vampire Slayer).”

Two opposing views of Paul Thomas Anderson‘s There Will be Blood — the yea from Matt Zoller Seitz, the nay from N.P. Thompson.
Blood “isn’t perfect or entirely satisfying, but it’s so singular in its conception and execution that one can no more dismiss it than one can dismiss a volcanic eruption occurring in one’s backyard,” Seitz observes. “It cannot be diminished — as Hard Eight, Boogie Nights and Magnolia could, and to my mind, rightly were diminished — as another instance of a facile, energetic director hurling homage at the audience.”
Having seen it on 11.28, Thompson writes that “in the clear light of late autumn drizzle, There Will Be Blood appeared to be no more and no less than what it truly is: a bomb, and an overwrought one at that. It may be a tonier work than the detestable Boogie Nights, but Anderson’s underlying crudeness and his overkill ‘”sensibility’ haven’t evolved an iota. (Yes, Virginia, I can hear the jihadists singing in the comments section already.)
“A friend who hated the movie as much as I did asked afterwards, as we dodged rain in the Oaktree Cinema parking lot, ‘Did that amount to anything beyond a couple of games of one-upmanship?’ I confessed I hadn’t thought of Blood in those terms. Still, her question perfectly encapsulated the anorexic one-dimensionality of the picture, and I had to agree.”