Reminder: The heavily-hyped debut trailer for Indiana Jones and the Kingdom of the Crystal Skull will play tomorrow morning — Thursday, 2.14 — at 6:00 am on http://movies.yahoo.com/. Wait…Eastern or Pacific?

How the Hillary forces failed, how the numbers don’t add up for her even if she wins Texas/Ohio/Pennsylvania; how she’s in denial, how the haters and the patriarchals are massing against her, how she’s slipping with whites and women. I could read this stuff all day.

Joshua Green‘s “Inside the Clinton Shake-Up,” a well-reported account of how Hillary Clinton‘s campaign (and the departed Patti Solis Doyle in particular) mis-managed its money, went up two or three days ago on Atlantic.com. It gives you an idea what kind of ship Hillary’s been running, and explains her cherishing loyalty over everything else (including managerial efficiency).

The last two minutes of Alfred Hitchcock‘s Lifeboat are about a young German sailor, his ship torpedoed and sunk, pulling a gun on the boat’s inhabitants (Tallulah Bankhead, John Hodiak, Henry Hull, Hume Cronyn, etc.), and then, having been disarmed, asking “aren’t you going to kill me?” I’ve always loved the final line, spoken by Bankhead. 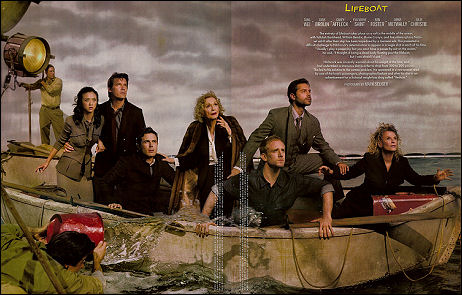 Paramount is bumping JJ Abrams‘ Star Trek from 12.25.08 to 5.8.09. DreamWorks has shifted its Ben Stiller comedy Tropic Thunder from 7.11.08 to 8.15.08. (There are dozens of proven exceptions to the legend of August being a dumper month, but it persists all the same.) And Paramount has announced that Martin Scorsese‘s Shutter Island will open on 10.2.08.

How the Hillary forces failed, how the numbers don’t add up for her, how she’s in denial, how the haters and the patriarchals are massing against her, how she’s slipping with whites and women. I could read this stuff all day.

23 Comments
When Stanley Kramer was good

“Some critics have called Stanley Kramer‘s films out of touch, but a look now at many of them proves they were anything but,” writes Envelope columnist Pete Hammond in a just-published piece. This is “perhaps a reason why the Academy nominated six of them for the Best Picture Oscar, including Guess Who’s Coming to Dinner, which featured Spencer Tracy, Katharine Hepburn and Sidney Poitier in a movie about the consequences of a racially-mixed romance. 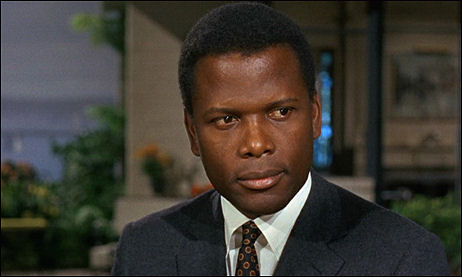 “It won Oscars for Hepburn and original screenplay, and in light of the current Barack Obama frenzy, the movie could not be more relevant, as evidenced by the audience reaction when Poitier, as a magna cum laude too-good-to-be-true doctor, pours cold water on the far-off fantasy of whether a black person could ever become secretary of state or even president.
“Obama himself is the product of just the kind of inter-racial marriage this movie portrays, and it’s not hard to imagine him now in a slightly altered version of the Poitier role, an almost perfect and brilliant Harvard-educated African American coming to dinner at the White House.
“Oh, and did we mention the name of the woman who runs Hepburn’s art gallery and strongly questions Poitier’s suitability for her daughter? Hillary.”
HE comment: I didn’t think that the beef against Stanley Kramer’s films was that they were “out of touch.” The beef was that they were too stiff and earnest in their socially liberal frame-ology, that they were so pointedly topical and issue-driven that they didn’t really breathe as drama. I nonetheless have always enjoyed and respected Kramer’s best social-issue films, which numbered four and were directed in tandem over a four-year period — The Defiant Ones, On The Beach, Inherit the Wind and Judgment at Nuremberg.
I never felt very enthused about the films he made after Nuremberg, including Ship of Fools. Guess Who’s Coming to Dinner felt suffocating and sound-stagey. The Secret of Santa Vittoria, R.P.M., Bless the Beasts & Children and Oklahoma Crude were all problematic or worse.
A new DVD of Guess Who’s Coming to Dinner hit the shelves yesterday.

The Page‘s Mark Halperin has apologized for passing along an alleged comment by John Edwards (a.k.a. that “gutless dithering douchebag pussy“) that Barack Obama is “kind of a pussy” and how Edwards has “real questions about Obama’s toughness, his readiness for the office.”
Public talk is often more distinguished but sometimes less truthful; private talk is always about the lowdown.
An older friend told me yesterday he wonders the same thing. He believes that Michelle Obama wears the pants in their family, that Barack is “pussy-whipped,” and that he may therefore lack the cojones to be a strong president. I don’t see it that way at all. I think most guys have two faces — the steady brave one they wear in front of their friends and enemies and business colleagues, and the one they wear when they’re taking out the garbage at home with the wife laying down the law. I don’t know that one necessarily feeds (or feeds off) the other.

Same line, same idea, different contexts. The meaning depends upon who’s saying it and how it’s pitched. Example #1 is from a very well-known 1962 film. The line implies a kind of enigmatic intrigue. Example #2 is from a very well known 1976 film. This time the implication is that the speaker is sick, deranged.

The embedded code for the 2.13 MSNBC “Morning Joe” segment I tried to post is clearly different than last night’s (“An Embarassment of Niches”) but it doesn’t post. Instead you see last night’s segment all over again. The MSNBC techies need to get their act together. Irritating. Drop it.

“I’ve recently watched two largely dismissed large-format Hollywood films in exemplary HD transfers– The Big Country and the 1966 Lawrence of Arabia wannabe Khartoum. In both cases certain dramatic deficiencies of the films that would have been apparent [as] talking-heads dramas on your 21″ Sylvania in the 60s or 70s, receded in importance when the films again benefited from having their sheer size and detail restored.
“Seeming subtleties of presentation make a big difference. A film that is captivating in a sparkling clear print can be a chore in an only slightly muddier one. A film that seems trite on TV can delight on a big screen when its visuals dominate its words.
“We know all this, but as we were reminded this week, the chances to see such movies on the big screen are fewer and fewer and, of course, for many films they have never existed again since their initial release. HDTV is not the same as having everything in 35mm or 70mm on a big screen, but at the same time, it is very different from the standard-def TV experience we’ve known for 50 years.”
— from an excellent piece by Nitrateville‘s Mke Gebert about re-discovering the pleasures of big-format films via big-screen high-def.

What a gutless dithering douchebag pussy John Edwards has turned out to be, sitting on the sidelines, thinking things over, unable to pull the trigger for days on end. My respect for the man has gone out the window.
It’s not that he’s reportedly thinking about endorsing Hillary Clinton, which would be fine. (She’s all but finished anyway and the Edwards voters have already re-aligned so what does it matter?) It’s the fact that he’s been acting like the softer, squishier, less decisive brother of Gregory Peck‘s character in The Big Country. By the standards of that 1958 William Wyler film, a part of me wants to see the kind of decisiveness exemplified by Burl Ives or Charles Bickford‘s characters in my Presidential candidates.