Support on Patreon Follow @wellshwood
36 Comments
While I Was Driving…

Do anything at all in the way of personal weekend enjoyment and you lose — that’s the reality of doing a 24/7 column (or at least one that aspires to same). My drive up to San Francisco from 1:30 pm last Friday afternoon to 8 pm early Friday evening had something to do with missing the story about James Caan recently walking off the set of David O. Russell‘s Nailed. 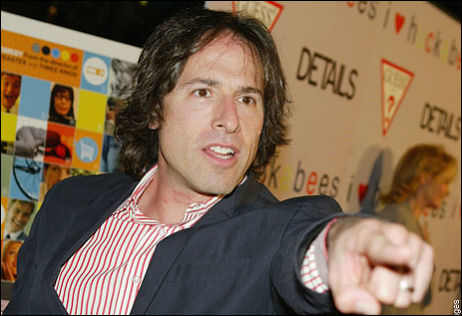 I have a comment however: if you can’t deal with rancor and eccentricity and the occasional yelling episode, you really shouldn’t be an actor. Fighting and disharmony are a part of the quilt — you can’t quarantine them and still be an artist. If everything has to be mellow and alpha every step of the way, you’re basically processing things like a child or a prima donna. Adults stand up and grapple. They give and take and sort things through, and then move on. Ranting doesn’t help anyone’s creativity and is therefore unfortunate when it happens, but Otto Preminger was said to be a dislikable prick on the set (at least occasionally) and his rep keeps going up every year.

I love this description of undecided Pennsylvania voters (possibly as high as 8% right now) by MSNBC’s Chuck Todd as “bowlers, hunters, beer-drinkers….the cultural conservatives.” You can literally see his brain deciding not to say (take your pick) the 21st Century Archie Bunkers, the timids, the go-alongers, the dolts, the lacking-in-conviction crowd, the blue-collar dipsticks.

He’s right, I suspect, about the likelihood of the Nanooks breaking for Clinton at the last minute — that or not voting for her at all. If it’s the latter her expected Pennsylvania win will be kept to five or six or seven percentage points, and will be therefore dismissable. 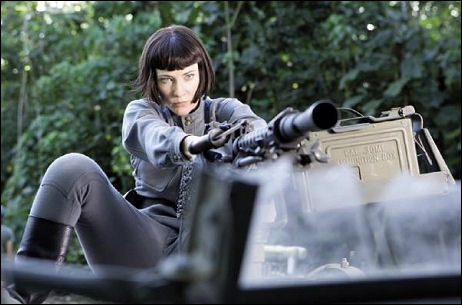 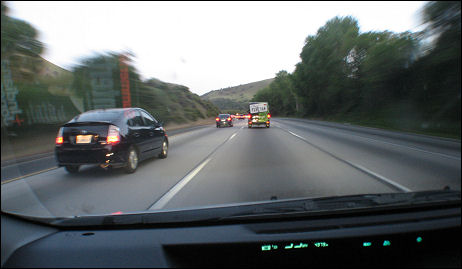 “With just two days until Pennsylvania kicks off the final round of primaries, political observers say there’s clear evidence that the election of 2008 represents a new universe — and a new generation — when it comes to White House contests,” writes SF Chronicle reporter Carla Marinucci. “And the political phenomenon of Barack Obama is symbolic of the game-changing attitudes and growing influence to be wielded by the upcoming generation of ‘Millennial’ voters — the largest and most diverse generation in American history, born between 1982 and 2003 — who already are helping to shape the race.” 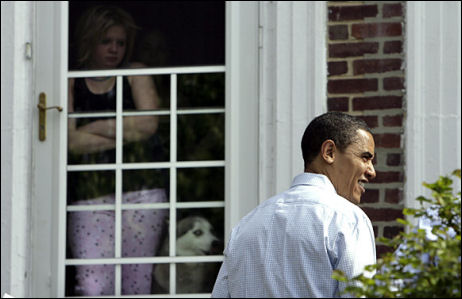 Barack Obama is right outside her screen door and that pudgy woman leaning against the doorframe with her arms folded and her dog next to her can’t be roused to even step outside? What could be the explanation? Indifference? Laziness? Medication? I have witnessed this sort of American Somnambulance all my life among semi-educated people, and despise it like nothing else on this earth.

That’s fine, but can Millenial voters be trusted to stand up and do the thing? A greater percentage of them has voted in primaries and the ’04 election, which has been great, but an awful lot of them — the 21-and-unders — are subject, it seems to me, to the usual hormonal distractions and the old fiddle-while-Rome-burns routine. I hope and pray that I’m wrong.
Authors Morley Winograd and Michael Hais, who just released “Millennial Makeover: MySpace, YouTube and the Future of American Politics,” a book that examines the seismic generational and cultural realignments at play on the political stage this year, “say the political pileups of the past week represent a perfect example of how the 20-somethings have managed to reshape conventional politics in the current race for the White House.
“There was Obama’s brouhaha over the ‘bitter’ comments in San Francisco — fueled by Clinton, McCain and the media — followed by a rough Philadelphia debate in which Clinton got tough and ABC moderators got tougher, peppering him about his recent stumbles and gaffes.
“That looked to be a perfect storm that might have swamped a first-time presidential candidate, but it wasn’t Obama who took the body blows. Instead, ABC’s George Stephanopoulos and Charles Gibson, the journalists, were publicly pummeled for “gotcha games,” and Clinton came away with nary a new superdelegate in her pocket.
“Meanwhile, Obama literally brushed it all off as the old way of doing things, while both Pennsylvania and national polls appear to suggest that none of it has stuck to him. Indeed, he looks even stronger, said Winograd, a former senior adviser to Vice President Al Gore during the Clinton administration.
“Twenty-somethings ‘are driving the presidential race in a huge way,’ said Annemarie Stephens, an organizer for the youth-oriented ‘Nation for Change’ rally to celebrate Obama’s campaign today at Frank Ogawa Plaza in Oakland. The event, which will star gospel, hip-hop and ethnic musicians — like similar rallies planned in nearly all 50 states today — has been put together almost entirely on the internet, she said.
“‘People are concerned about the well-being of this country,’ she said. ‘It’s no longer politics as usual; we’re not going to stand for the pettiness.'”

Who drives James Bond‘s Aston Martin off a cliff in the middle of a rainstorm and dumps it in a lake? The guy who did this had been hired as a driver? Quantum of Solace producers paid this asshole to deliver the super-expensive car to the set in heavy rain yesterday morning when it went off the road and splashed into northern Italy’s Lake Garda. 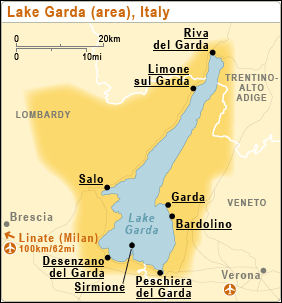 A report said that the Aston Martin in question is black. (What happened to light gray?) Could the town on Lake Garda’s western shore be the same one made (in)famous by Pier Paolo Pasolini?

Steve Mason‘s weekend estimates are edging closer to HE’s. Yesterday morning he had The Forbidden Kingdom at $19 million with $18 million or so going to Forgetting Sarah Marshall. My forecast of nearly a $4.5 million gap between the two — Kingdom‘s $21,175,000 vs. Marshall‘s $16,858,000 for Marshall. Now Mason has them about $3 million apart with Kingdom earning an estimated $20.5 million vs. $17 million for Marshall. Any way you cut it, Team Apatow is content but not jubilant. The HE view is torn between a comme ci comme ca and a view that any kind of galumph shortfall is probably better for the culture than not.

This 23/6 video compresses last Wednesday’s Philadelphia Democratic debate by emphasizing the banality of the repetitions used by everyone, and all but ignores the grotesque Sean Hannity flavor of the gotcha questions that every living soul in the blue world has condemned. Who are these guys and how off-the-mark can they get? And I don’t just mean George Stephanopoulos and Charles Gibson. The only thing that points out what that debate was really about is a quick cut to the disgusted face of ABC correspondent Jake Tapper. 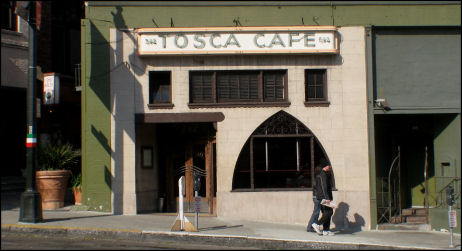 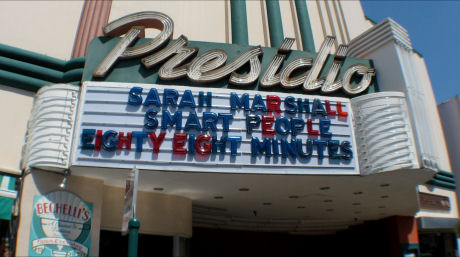 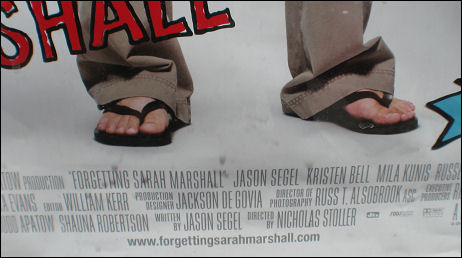 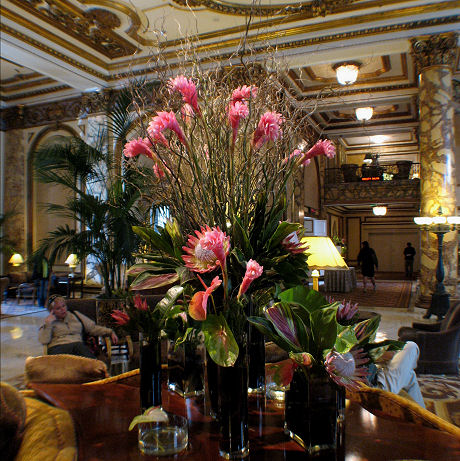 The red-band trailer for Andrew Fleming’s Hamlet 2 (Focus, 8.22.08), which did pretty well for itself at Sundance ’08. It’s about an eccentric high-school-drama teacher (Steve Coogan) enlisting his Tucson, Arizona, students as he conceives and stages a politically incorrect musical sequel to William Shakespeare‘s Hamlet. Costarring Catherine Keener, Amy Poehler, David Arquette and Elisabeth Shue. 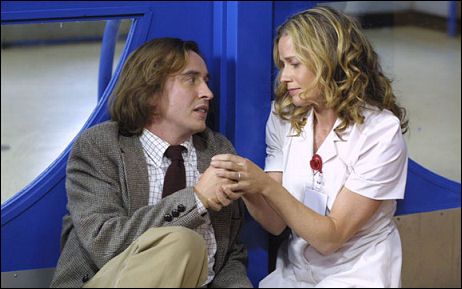