Support on Patreon Follow @wellshwood
19 Comments
Cusack in the Tank 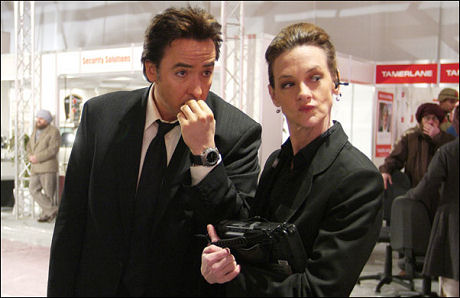 The trailer for Tim Burton‘s original Batman vs. one for Chris Nolan‘s The Dark Knight. The College Humor guys who put this up are using the headline “why so similar?” Indeed — these spots are remarkably alike. 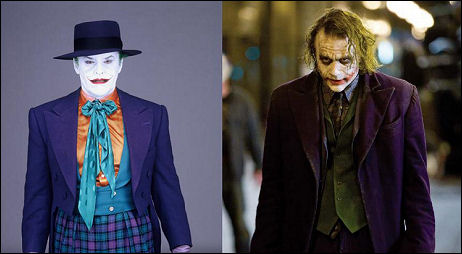 Hollywood Chicago‘s Adam Fendleman is pointing to an ugly, cell-phone video of the new Dark Knight trailer — shot in a theatre with reddish tints and all the crappy ambient noise that you always get with these things. An official, much better looking version of this trailer will be viewable this Sunday.
The best thing about the trailer is Heath Ledger‘s voice. He’s speaking in a kind of raspy Midwestern twang. Nothing at all that sounds the least bit Ennnis del Mar-ish.

“With all that’s gone down between Washington and Hollywood, it’s a shame that politicians still don’t trust their showbiz supporters,” Politico‘s Jeff Ressner notes, observing that “for the most part, D.C. treats L.A. as a gigantic ATM machine and the movie business as a means to pick up campaign cool points — while trying to keep potentially radioactive celebrities at arm’s length.
“But as candidates exploit moguls and movie stars for cash and cachet, they often reject creative assistance from the artists and executives at Hollywood’s dream factories.”
Like — hello? — Oscar-winning documentarian Errol Morris? A director who has knocked out brilliant ad spots for years, and arguably put together the most convincing anti-Bush/pro-Kerry spots of the 2004 campaign? A couple of weeks ago I wrote that Morris (Standard Operating Procedure, The Fog of War), working with MoveOn.org, created a brilliant series of TV ads about ‘real people’ (mostly Republicans) who’d voted for George Bush in 2000, but had decided to vote for John Kerry in 2004.
“This year, there are many more Republicans talking about voting for Obama than were persuaded about Kerry four years ago. See where I’m going with this?” The Obama campaign should contract Morris to do a series of spots about Obamacans, and this time actually put them on the air — as opposed to what happened in 2004, which is that they were basically shelved for TV use and seen only at moveon.org and at errolmorris.com.
Ressner talks to “a top marketing vice president at one of the leading motion picture studios to explain just how he might help the three current candidates in each of their respective quests for the White House,” etc. And that’s fine. Except nothing this guy says is as interesting or persuasive as the cumulative effect of those ’04 Morris spots.

Barack Obama has finally thrown the Rev. Jeremiah Wright under the bus. A friend said Obama needs to throw Wright under the iron wheels of a subway train — which I think he’s now done. Less than an hour ago Obama said he was “angry,” “outraged,” “saddened” and “appalled” by “the spectacle that we saw yesterday,” describing at one point some remarks Wright said last weekend as “ridiculous.”

“At a certain point when a person contradicts what you believe fundamentally, and then he questions whether you believe it in front of the press corps…that’s enough. It’s a show of disrespect to me, and an insult to what we’ve been trying to do in this campaign.”
Obama said that Wright “obviously hasn’t shown much concern for me.” He said he had heard that Wright had given “a performance” and when he watched tapes, he realized that it more than just a case of the former pastor defending himself.
“What became clear to me was that he was presenting a world view that contradicts what I am and what I stand for,” Obama said. “What he said directly contradicts everything about my life. I am outraged by the comments that were made and saddened by the spectacle that we saw yesterday,” Obama told reporters at a North Carolina news conference. 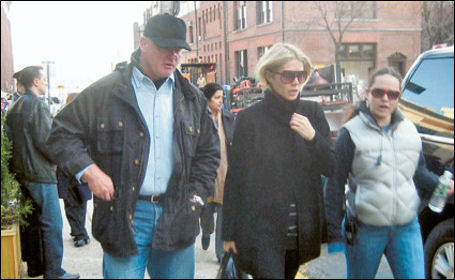 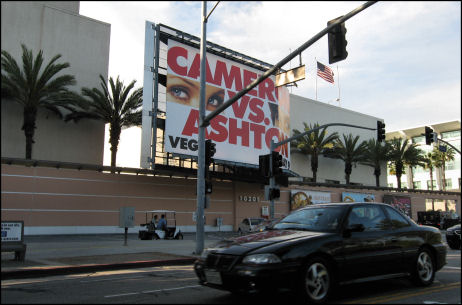 Fantasy Moguls’ Steve Mason is projecting Iron Man, which I saw earlier this evening, to earn $8 million Thursday night and $103 million over the weekend for an $111 million total. Made of Honor, the counter-programmed, female-angled wedding movie with Patrick Dempsey, is looking at a decent $15 to $18 million. 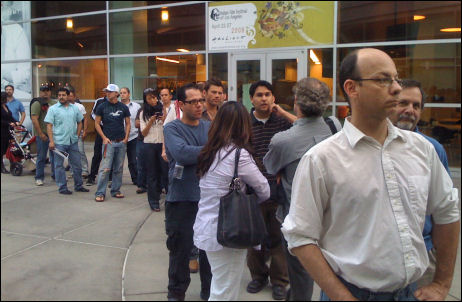 Paramount publicists made the media wait in line to get into Iron Man at the Arclight this evening. Not unheard of, certainly not an outrage…but it doesn’t happen very often.
April 29, 2008 12:31 amby Jeffrey Wells
37 Comments
Another Iraq-Movie Probe

An over-examined subject, agreed, but The Australian‘s Eddie Cockrell has nonetheless interviewed yours truly, USA Today and Talk Cinema’s Harlan Jacobson, and Hopscotch Films’ co-owner Troy Lum about the uniform snubbing in this country of all the Iraq War movies. And he’s done a good job of mapping it all out in very precise detail. The piece ran two days ago.
Explanation #1: “Iraq war movies have all been guilt-trippers about an ongoing conflict, whereas the Vietnam movies were all made after the last helicopter left the roof of the American embassy.” Explanation #2: “There have been no surreal, eye-popping, epic-scaled Iraq war movies along the lines of Apocalypse Now or anything that has attempted to sum up the tragedy of the war, except for one, In the Valley of Elah, which deserved a better reception.” Explanation #3: “Everyone is waiting for a facsimile of the last 40 per cent of Stanley Kubrick‘s Full Metal Jacket, which is arguably the best Vietnam War film.”

“Yet Segel’s flaccid member looks pathetic and laughable, especially because it’s attached to a body that is doughy and pallid. It can’t seriously be accused of being capable of anything, let alone of breaking a taboo. So obviously devoid of sexual intent, it symbolizes not so much his character’s abject emotional condition at his girlfriend’s rejection of him, but the sorry state of masculinity in American movies today.” — from still another galumph rant, this one by London Times‘ staffer Christopher Goodwin in yesterday’s issue. Straight out of the HE playbook. He gets it, all right.

My political-junkie hunger suddenly faded last week. The get-Obama ugliness being generated by the Clinton campaign, the Republican attack dogs, the Reagan Democrats and the media chattering class has begun to act on my soul like Zyklon B. I’m finding myself starting to just tune it all out. For the time being, at least. After following this damn race for God knows how many months I’m starting to feel physically sick at some of things being kicked around. MSNNC’s Chris Matthews began one of his shows last week by asking “is race a factor?” He actually said this in so many words. 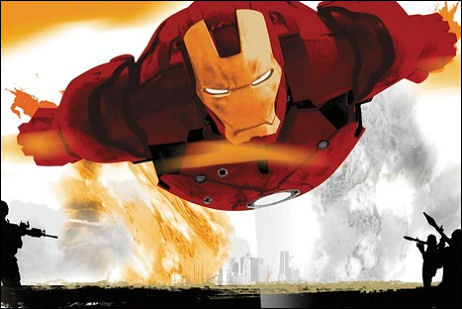