The Dardennes brothers‘ Le Silence de Lorna at 8:30 am (55 minutes from now). Terence Davies‘ Of Time and the City at 11 am. And James Gray‘s Two Lovers at 10 pm at the Salle Debussy. (Apologies for the previous 8 pm error.)

“If things continue to go as well for Barack Obama this week as they have so far this month, with a romp in North Carolina, a strong showing in Indiana and daily growth in his support among party superdelegates, he could actually end up with enough pledged delegates to proclaim, without fear of contradiction, that he is now the Democratic nominee for president.” — from Larry Rohter‘s 5.18 N.Y. Times story. 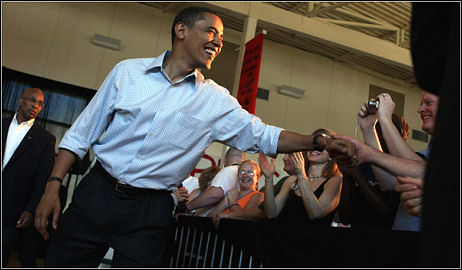 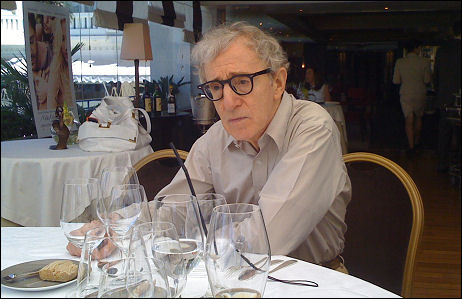 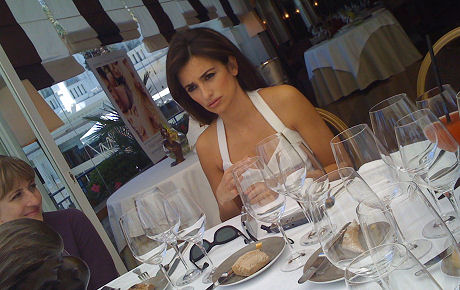 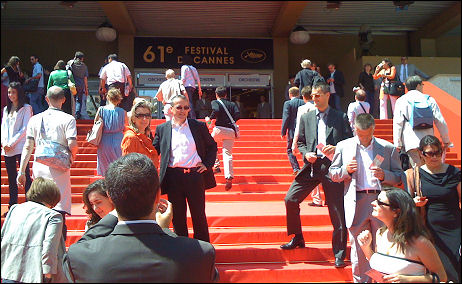 Grand Palais steps about a half-hour prior to today’s Indiana Jones and the Kingdom of the Crystal Skull screening — 5.18, 12:32 pm 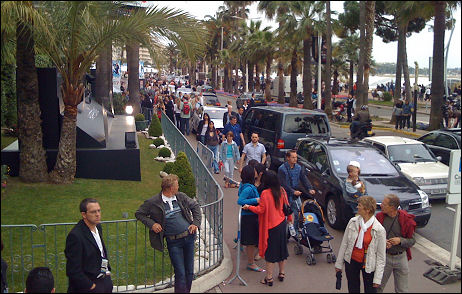 Sections of Indiana Jones and the Kingdom of the Crystal Skull are a great deal of fun. I felt jazzed and charged during a good 60% or even 70% of it. I was more than delighted at times. What a pleasure, I told myself over and over, to swim in a first-rate, big-budget action film that throws one expertly-crafted thrill after another at you, and with plotting that’s fairly easy to understand, dialogue that’s frequently witty and sharp, and performances — Harrison Ford, Shia LeBouf and Cate Blanchett‘s, in particular — that are 90% delctable from start to finish. 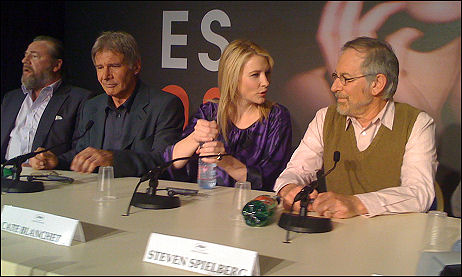 I heard some guys say as they left the theatre, “It’s okay…it’s fine…it’s good enough.” I talked to an Israeli journalist who kind of wrinkled his face and went, “Not really…not for me.” But nobody hates it. It gave me no real pain, and a healthy amount of serious moviegoing delight. (Although I was, from time time, slightly bothered.) Fears of a DaVinci Code-styled beat-down were, it turns out, unfounded.
I’m hedging because Indy 4 doesn’t have the stuffings of a great adventure film. It’s fine and appropriate that it stays in the good groove of an old-time action serial, but (and I’m really trying to stay clear of snooty, high-horse attitudes because they really don’t fit the occasion) I only wish that Steven Spielberg, George Lucas, David Koepp and Jeff Nathanson had attempted at least a superficial injection of a little heart and soul. Just a stab, I mean.
What they’ve done is certainly okay or good enough. I didn’t go into this thing expecting something by Euripides. Plus I had such a good time with Spielberg’s immaculate architecture, choreography and editing that I was just charmed and off-the-ground during much of it. The “old-school” character of it is pretty damn sublime. It felt wonderful to watch an adventure flick untouched or uninfluenced by time or post-Matrix or Tarantino-ish attitudes.
But it would have been that much better if they’d faked just a little personal or thematic weight — the old traditional “who I am and what I really need” stuff — and thrown it in for good measure. 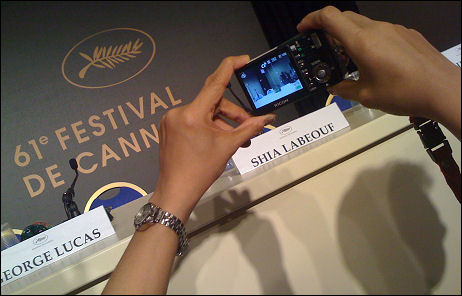 The weak link is Karen Allen‘s performance as Marion Ravenwood. She’s never been a great actress, and her energy here feels a little forced and lacking a center — she’s too energetically “up.” Plus she looks like she’s had some work done, and that in itself throws you out of the movie’s 1957 setting. I’ve never hankered over the last 27 years for a reunion between Indy and Marion, largely because I’ve always felt hugely irritated by her “Indieeeeee!” scream. They made a pretty good team in ’81 but let’s not get all sentimental about this.
I’m not going to reveal the ending, but it ties in with Allen’s character and it just doesn’t work. It’s delivers a very odd vibe, the finale does. There’s a little hint that LeBouf will take over the series down the road, but everyone had this half-guessed…right?
It’s a superficial thrill ride, this movie — more of an out-and-out comedy with thrills than a solid adventure thriller with sly, wink-wink humor, which is how I always regarded Raiders of the Lost Ark.
But don’t believe for a single second that they tried to keep this film grounded in recognizable physics. Spielberg & Co. keep to the 1957 milieu and all, but they throw everything imaginable at the audience, including a huge nuclear explosion. There’s a triple dose of huge-waterfall plunging, and there’s a scene at the end that rivals the parting of the Red Sea sequence in Cecil D. DemIlle‘s The Ten Commandments. It’s a very high-energy, high-gloss, big-whoosh entertainment and enjoyable as hell for everyone except the crab-heads.
That said, the truth is that I’m partly one of those crab-heads. I wanted more than what I was given. Maybe the word for my attitude is “greedy” or “demanding.”
Flashback to initial iPhone Indy 4 review written from salle de press conference while being shoved and elbowed by photographers, about an hour ago: My ideal version of Indiana Jones and the Kingdom of the Crystal Skull would be (a) just as beautifully shot, choreographed and CGI’ed as the film everyone just saw, but (b) grittier and snarlier with a stronger investment in good old classic machismo. Alas, Spielberg & Co. have decided, as far as (b) is concerned, on a lighter, more frolicsome tone — lots of eye-filling thrills and acrobatic derring-do but with an almost cartoonish emphasis on slapstick goofery. (Although this is delivered with great snap and panache.) The tone is a little less “classic Indy” and a little more (this dates me, I realize) Tom and Jerry.
Raiders was about a tough-guy archeologist; this latest installment is a family film — about Dad, Mom and Junior (i.e., Shia LeBouf’s “Mutt”) — with a very family-friendly, fun-time-at-Magic-Mountain tone.
The first two action sequences — an extended Indy vs. the Russians run-around and a wild motorcycle-and-car chase through New Haven’s Yale campus — are delightful. And the action sequences in the Amazon jungle that occupy the last 35 or 40 minutes are great also, if a little outlandish. Truth be told, a lot of the action is outlandish. But that’s the fun of it also.
Bottom line: it’s not the equal of Raiders of the Lost Ark or, frankly, Indiana Jones and the Last Crusade. (The more times I watch that film, the better it seems.) But it’s better than Temple of Doom, and that, at least, is a welcome thing. 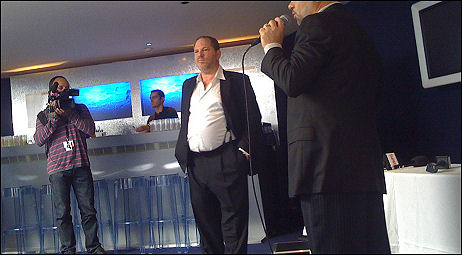