Here‘s a tape of Alfred Hitchcock speaking to Francois Truffaut in the mid ’60s for the book that eventually became “Hitchcock/Truffaut.” The subject, as Hitchcock described, was “a little matter of the physical aspect of the kissing scene in Notorious. The actors, of course, hated doing it. They felt dreadfully uncomfortable in the manner of how they had to cling to each other. And I said, I don’t care how you feel, I only know how it’s going to look like on the screen. 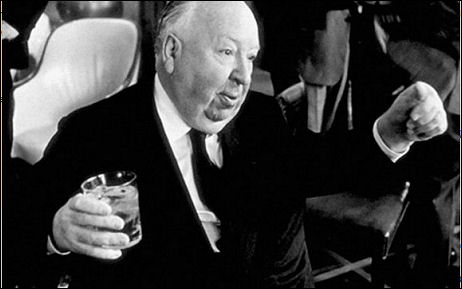 “I conceived the scene in terms of a desire on the participants not to break the romantic mood. To normally break apart, it’s possible that the moment would be lost. But there were things to be done, movements to be made with the telephone and the door, where it was still essential for them not to break the embrace. And I felt that the camera, representing the public, should be permitted as a third part, to join in the embrace. I was giving the public the great privilege of embracing Cary Grant and Ingrid Bergman together. It was a kind of temporary menage a trois.

Here‘s the best part: “The aspect of not wanting to break the mood…the idea was given to me when I was in a train coming from Bologne to Paris and the train was going through a tup rather slowly,” Hitchcock says. “It was a Sunday afternoon and there was a big factory and there was a large red brick wall, and against the wall was standing a young man with his girl. The girl had her arm linked through his, but he was urinating against the wall. But she never let go of his arm. She was looking down at what he was doing, then she looked around the countryside and then back again, and I thought this was true love really functioning, and that was the actual inspiration for the scene in Notorious.”

Here’s a site with links to several tape portions of the Hitchcock/Truffaut sessons.

It’s not nostalgia, and it’s not a refrain of the “old films are better than the new” crap that the sentimentalists run up the pole from time to time. The fact is that this King Kong vs. T-Rex fight sequence (found about halfway through this clip) is better choreographed, more thrilling and generally more kick-ass than any mano e mano, big monster vs. big monster sequence made since the 1950s — including, I would add, the battle between the Ed Norton and Tim Roth bulkazoids in The Incredible Hulk. 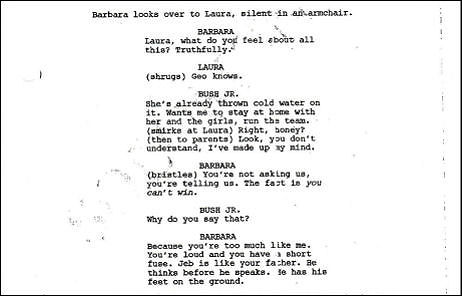 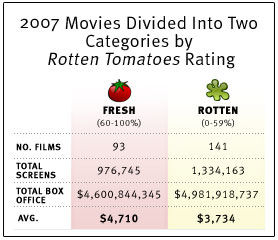 The Hollywood Reporter‘s Thomas K. Arnold has rewritten a Paramount Home Video press release about the forthcoming Godfather trilogy Blu-ray four-disc package that’s coming out on 9.23, and again — as noted in my riff on Peter Bart‘s 6.23 Variety blog piece about the package — no mention of the fact that the restoration guru Robert Harris (Vertigo, Spartacus, etc.) supervised the frame-by-frame digital restoration of all three films. The last time I looked the Harris brand meant blue chip, top-of-the-line, etc. The PHV press release mentions Harris and his credits right up front (i.e., in the second paragraph). 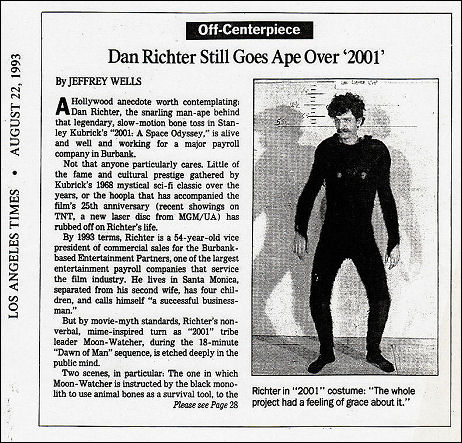 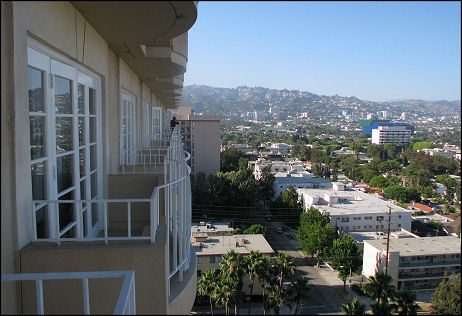 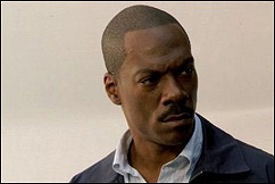 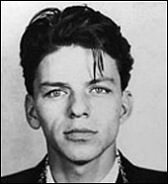 A 30-minute iPhone 3G video tour starring that same dweeby-looking Apple guy in his 40s with the conservative haircut and the glasses — the same guy who’s been hosting the how-to video on the Apple site since the iPhone first appeared last summer. Except it’s not a quick tutorial for experienced users showing what’s new and different. It’s a basic tutorial about everything. Oh.

2 Comments
All of Them PUMAs

There are two PUMA PACs — one run by founder and Massachusetts mom Darragh Murphy that stands for People United Means Action, and one run by Will Bowers that stands for Party Unity My Ass. But they’re both are about rallying Hillary Clinton supporters believe she lost due to media sexism and who won’t support Barack Obama (who, PUMAS believe, were the principal agents of said sexism) are perhaps inclined to vote for John McCain.
Here‘s a New England Cable News report on Darragh that ran yesterday, and here’s a report by Pandagon’s Amanda Marcotte contending that “PUMAS are Swiftboats” and particularly that Darragh was a McCain contributor in 2000 (based on a donation record found on Open Secrets.com) and that there’s reason, therefore, to wonder about her true motives. Apart from being dead set against Obama, that is.
“I would like to argue that this PAC was not formed to support Clinton,” Marcotte writes, “but to support the media narrative about hysterical feminists, and to help the McCain campaign with (a) creating the illusion that McCain is moderate enough to attract the votes of feminist Clinton supporters and (b) reinforcing the narrative about how feminists are just hysterical bitches with no common sense who subsist on outrage, can√É¬¢√¢‚Äö¬¨√¢‚Äû¬¢t act in their own self-interest because of their feminine-addled brains, and can safely be ignored.”