Someone has finally said something a wee bit contrary about The Dark Knight — amazing. Variety‘s Anne Thompson feels that the 152-minute film (a) goes on about a half-hour too long, (b) is “overwhelming” and made her feel “over-pixellated,” (c) “starts to go off the tracks” with its handling of Aaron Eckhart‘s Harvey Dent character, and (d) doesn’t spend enough time with Christian Bale‘s Bruce Wayne/Batman. Here‘s Justin Chang‘s Variety review, also up today.

A brief salute to 16 year-old Nick Plowman, a pretty good writer who runs a nice-looking film site called fataculture. (Whatever that means.) He’s from Johannesburg, South Africa, has been blogging for a year now, and is a member in good standing of the South African press. He even attended last May’s Cannes Film Festival. He says he has “big dreams to come to the US some day and continue my film journalism there.”

It’s always cool to see a 16 year-old getting down to it and…you know, slamming away like he’s 26 years old with rent and car payments and utility bills to cover each month. I wish I’d been doing something like this when I was 16 instead of just getting sloshed with my friends. My son Jett, of course, wrote a weekly column for this site when he was 16 and 17, which I naturally admired.

People‘s Julie Jordan and Karen Snyder had obviously heard that relations between the engaged Robert Rodriguez and Rose McGowan weren’t all that smooth, which is why they called around before the July 4th holiday. “Sources” told them the director and actress are still together, and McGowan’s rep said her client will star in three of her fiance’s upcoming projects — Barbarella, Red Sonja and Woman in Chains! — “despite reports to the contrary.” 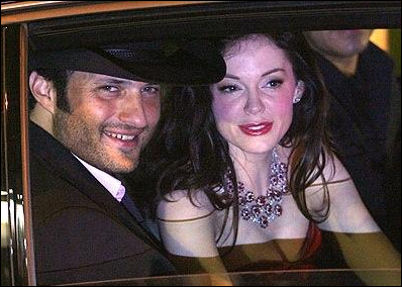 It is written on stone tablets that a lovestruck director will hold on to his actress girlfriend/wife as long as he “does” for her. If the projects they team on don’t happen or don’t make money, sooner or later she’ll push on to the next guy. It’s that simple. Fiercely ambitious, marginally talented actresses are not human, of course, and I’m not the only one to have detected the whiff of an idea over the years that McGowan is a bit of a Jezebel. So it’s really just a matter of fate and time. Life is hard then you die.
That said, the project I’d most like to see is the chicks-behind-bars movie. As long as there’s a little lezbo action and as long as McGowan and a couple of fellow prisoners escape at the end of Act Two. Barbarella could be cool, but some studio suits reportedly don’t believe that McGowan is enough of a star to justify a big special-effects budget. Red Sonja didn’t work the first time around so why go there?

I’ve always been amazed that a line of dialogue this clueless and old-farty was used for a mass-market, right-in-the-swing-of-things entertainment that opened in December 1964. The author was either Richard Maibaum or Paul Dehn. It would have been out of character, yes, for Sean Connery‘s James Bond to have been a Beatles fan, but to have him speak of listening to their music with earmuffs on! Astonishing for a pop hero figure to have blurted this out at that time in history.

One thing when spoken by an enigmatic British hero figure, and something else entirely when attributed to an intense, moustache-wearing, curiously- behaving soldier in the Nixon administration. That said, how many people in the history of prosecution of governmental malfeasance have stood up and refused to rat? Damn few. 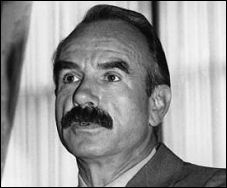 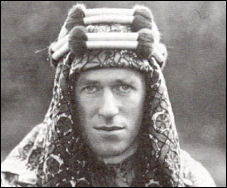 In March 1970 a career achievement Oscar was given to a beloved, well-known actor. At the end of his speech the 66 year-old recipient expressed great excitement at “the astonishing young talents that are coming up in our midst…I think there’s an even more glorious era right around the corner.” Cary Grant had that exactly right, didn’t he?

Asked by Tim Appelo to name his favorite all-time books about Hollywood, author Peter Biskind — who is still laboring on his Warren Beatty biography, which may (I say “may”) be released sometime next year — has named seven books. Presumably off the top of Biskind‘s head and obviously less than comprehensive, but here they are: 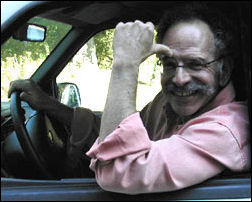 Appelo has allowed two wrongos to slip by, I’m afraid. Bach’s book is not called “Heaven’s Gate: Dreams and Disasters in the Making of Heaven’s Gate.” And the author of “Picture” (i.e., not “The Picture,” as Appelo has it) is Lillian Ross, not Roth.
I would add the following to the must-read list: Otto Freidrich‘s “City of Nets: A Portrait of Hollywood in the 1940s“, Julie Salamon‘s “The Devil’s Candy,” Mark Harris‘s “Pictures at a Revolution,” Jack Brodsky and Nathan Weiss‘s “The Cleopatra Papers,” David Thomson‘s “Suspects” and “The Whole Equation and “The New Biographical Dictionary of Film,” William Goldman‘s “Which Lie Did I Tell?” and Biskind’s own “Easy Riders, Raging Bulls” and “Down and Dirty Pictures.”

As Religulous producer-star Bill Maher or “God Is Not Great” author Chris Hitchens will tell you, anything that undermines any religious myth is cause for popping open the champagne. So Ethan Bronner‘s 7.6 N.Y. Times story that calls into question the legend of Jesus of Nazareth’s resurrection after three days in the tomb is a big whoopee in this regard. Cue the heartland Christian preacher types who will try to deny and spin this thing for all they’re worth.
The gist is that “a recently discovered three-foot-tall tablet with 87 lines of Hebrew that scholars believe dates from the decades just before the birth of Jesus is causing a quiet stir in biblical and archaeological circles…because it may speak of a messiah who will rise from the dead after three days. If such a messianic description really is there, it will contribute to a developing re-evaluation of both popular and scholarly views of Jesus, since it suggests that the story of his death and resurrection was not unique but part of a recognized Jewish tradition at the time.”

It’s been a couple of weeks since Patrick Goldstein‘s Big Picture blog started up, and it’s still hard to find the damn thing. Plus it looks too much like Goldstein’s regular “Big Picture” column. Why haven’t those doofusy LAT tech guys created a separate look and identity for the Goldstein blog? The dead-tree column and the blog are next to indistinguishable.
My understanding of the L.A. Times‘ online entertainment coverage is that The Envelope is the main portal. Except there’s no clear, easy-to see link to either Goldstein’s dead-tree column or his blog. Shouldn’t there be links to both? And shouldn’t there be an unmissable link to the blog on the dead-tree column and vice versa? Go to the L.A. Times‘ main search engine and all you get…ahhh, forget it. Who has the patience for a site that can’t provide simple comprehensive direction?
The Envelope does, however, have a clear, easy-to-see link to Pete Hammond‘s “Notes on a Season” 5.27 column about the Cannes Film Festival.

So where’s the footage or at least a still of Hitler’s decapitated head? Or at least one of his headless body, slumped over the desk at Madame Tussaud’s of Berlin? A good moralistic story like this happens and there’s no money shot?

This trailer for the currently-playing Gonzo: The Life and Work of Dr. Hunter S. Thompson (HDNet/Magnolia) is so well-cut, smartly condensed and plugged into the Thompson essence that — I need to say this carefully — it’s almost a better thing than the 120-minute doc it’s selling. Almost, I say.

As I wrote last month, Alex Gibney‘s doc tells the full lopsided tale about a brilliant journalist who produced great stuff for maybe 11 or 12 years (mid ’60s to mid ’70s) and then wallowed around in drug-fueled lassitude for almost the next 30. Gonzo is a good film — thorough, inventive, humorous — but it drives you mad with a sadistic ’60s soundtrack made up of songs that classic-rock stations have been torturing their listeners with for the last 30 or 35 years.
The trailer hits every basic point delivered in the film but without the music. Which makes it, in a way, better. At the very least, it gave me an idea of what Gibney’s film might’ve been without having to be swamped with the sounds of Janis Joplin, Jesse Colin Young, et. al.
Sidenote: Time‘s Richard Schickel has written that Gonzo “seems to me a very sad story about an essentially minor figure. Thompson’s was not a life to celebrate (and Gibney, to his credit, does not do so). But there is an implicit approval in this film that makes me uneasy. But then, irrationality always make me uneasy. All artists — and nominally, Thompson was an artist — need a touch of the lunatic about them. But only a touch. In the end they are obliged to produce. And they are obliged not to succumb to, or to excessively encourage, their own myths.”