Earlier today N.Y. Times reporter Brooks Barnes posted a piece about the amusing YouTube reaction videos to the trailer for Beverly Hills Chihuahua (Disney, 10.3) that have been running since late April. The best one, for me, is the thoughtful bearded guy below — understated, unforced, honest, believable.

The second best video is the one starring Adam, the guy with the nicely trimmed beard and the pretty eyes who goes “wow.” The third best is the one with the two Latino guys. The fourth best is the young slacker guy. 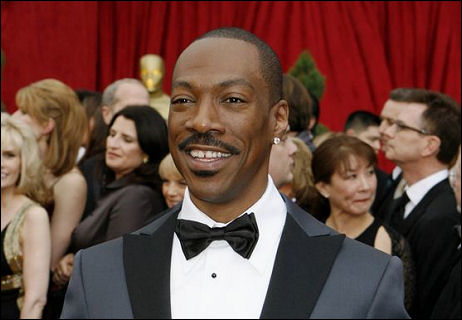 After 21 months on the job, the fate of Dominick Prizzi has descended upon L.A. Times publisher David Hiller. A car pulls up, a guy gets out….he doesn’t even hear it. I don’t mean to sound cavalier about all the pain that’s going around in Dead Tree-ville. Pain, in fact, is probably too mild a term for what some people are experiencing and feeling. And I’m very sorry. But so many people are getting zotzed it’s a little bit like a gangster movie, admit it.

“Now a revered commodity thanks to The Office and Extras, Ricky Gervais is making a rare journey to the U.S. to do standup,” writes Variety‘s Phil Gallo. “A precision-oriented writer with well-oiled timing, Gervais instead goes deep into non-politically correct territory, riffing on autistic kids, the Holocaust, AIDS and gay sex, diseases and the pervy behavior of his schoolmates, the belly laughs shifting around the Kodak Theater as nerves are struck. On his opening night in the States, Gervais’ no-nonsense approach hit every bull’s eye.”

I don’t think I’ve ever reported about a breakup story in this column’s four year history (and I’d like to avoid it henceforth), but Vanity Fair is reporting that Jimmy Kimmel and Sarah Silverman are “no longer f***ing.” 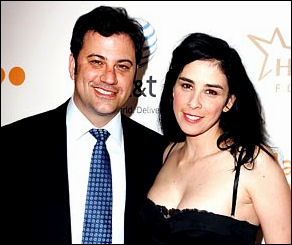 For a reason I can’t quite figure, this strikes me as sad news. My feelings are somewhat akin to the VF line that “their union was the binding force that kept Hollywood from exploding in a mass chain reaction of irony and sexual frivolity.” So was there some kind of…you know, subtext to those competitive “I’m F**king…” videos they both made earlier this year? The Vanity Fair story said that reps for Matt Damon and Ben Affleck had no comment on the breakup.

“If the pattern of the past seven years prevails, WALL-E will be nominated for the Best Animated Feature category,” writes Wall Street Journal critic Joe Morgenstern. “And if justice prevails, it will win. But WALL-E isn’t just an animated feature; it’s a great motion picture by any measure.
“In keeping with its singular distinction, Pixar’s latest gift to movie lovers should be a candidate for the most prestigious award, Best Picture, when Oscar time rolls around. And the time to start the drumbeat is now, because the path to that nomination is strewn with prickly practicalities and marked by timeworn doubts.”
And I say no to that. Animated feature making needs to work its side of the fence, and more-or-less-real movies need to work their own. Keep the Berlin Wall up, Mr. Gorbachev! Biological actuality is too precious and beautiful to sully its textures with hard-drive simulations and vice versa. Sometimes segregation is a good thing. Let art flourish in every corner, and let WALL*E be saluted for the superb animated family drama that it is. 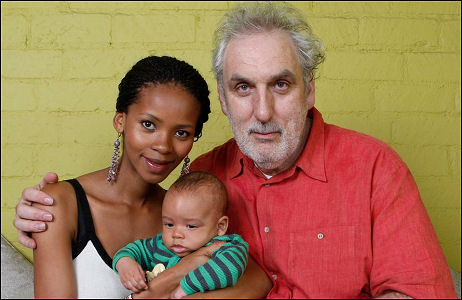 It’s not necessarily a contradiction to say that I love the passion that fuels geek movie culture — the fact that it’s a ardent demo unto itself, and that geeks are heavily invested in the mythology of this or that franchise — although I’m starting to feel more and more repelled by the CG wham-bam throttle factor that seems to infect every last fantasy, monster and comic-book-derived movie out there.

All to say that I don’t want to be swallowed up by a crowd that worships this stuff regardless. I don’t want to be part of that vibe at all, even peripherally. I’d rather hang with contrarians than with obedient servants, worshippers and Upper Nile pyramid builders. Which is all to say I’m going through my usual “do I really want go through the hassle of Comic-Con?” dialogue. It all starts on Wednesday evening, and right now I’m thinking I might…naaahh, not likely.
I feel like a number when I’m sitting in that massive hall, sitting there as those promo reels play and the panelists sit and smile and sell their shpiel. What’s the big can’t miss-this event this year? What reel from what essential movie is being shown with what talent in attendance? I’m looking over the schedule and I’m saying to myself, “I don’t know, man…I really don’t know.” Nikki Finke recently posted each day’s activities — here’s July 23rd and 24th, July 25th, July 26th and July 27th.
And I don’t look forward to bumping shoulders with the low-life cretins who hang around the Gaslamp district and sometimes spray attitude and start fights. Does anyone remember L.A. Times guy Geoff Boucher writing last year about getting sucker-punched by some tattooed, shaved-head, cutoff-wearing ape, and then getting knocked to the ground and going home the next day with staples in his head? 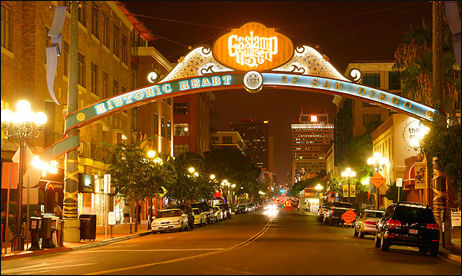 Don’t forget also that Transformers and Shoot ‘Em Up producer Don Murphy and his wife also “suffered a similar attack [in the Gaslamp district] that left us in the emergency room for hours….we were with a group of twelve, six people attacked, two arrested.”
Boucher wrote that “the cops at the scene said this sort of incident isn’t that rare” — i.e., is somewhat common. Commenters on the Boucher essay page, some of them San Diego residents, didn’t strenuously disagree. A poster named “Rob D” called the Gaslamp district “a magnet for stupidity…on any given night during the summer you’ll see people stumbling into the street, hanging on street lights and yelling incoherent drunken shit..[the area is] literally a haven for the retarded.”

I wouldn’t want to take away from HE’s regular reader response traffic, but tech guy Brian Walker has installed a new Hollywood Elsewhere chat room. I’m not sure how much attention I’ll personally be paying to it, but it seems like a mildly cool thing to have going. The link is now sitting on the horizontal navigation bar.