“Over the past few days I’ve noticed something worth commenting on,” writes Spoutblog‘s Karina Longworth. “A number of writers, including Keith Uhlich, Michael Joshua Rowin, Nick Schager, Leo Goldsmith and Daniel Kasman have written reviews which incorporate the criticism that Steven Soderbergh‘s Che is ‘dispassionate’, that Soderbergh has a ‘disposable, inconsequential attitude’ towards his subject, that the whole thing amounts to a ‘prolonged and wearying exercise in disinterest.’
“I’m sure there are more examples out there, but I think the five of them plus me are enough for a focus group. All six of us not only write for what could be called ‘alternative’ publications, but we’re all in our 20s or early 30s — evidence that the ‘new voices, with new perspectives’ that Some Came Running‘s Glenn Kenny cites are in fact almost completely united in our ‘exasperating” take on Che.
“Che’s key defenders, Longworth writes, “are Kenny, J. Hoberman and Amy Taubin — all veteran critics and our seniors by several years.” What, I don’t count?
“Which is not to say that the old guard is wrong just because they’re the old guard, just as I hope no one is really shaking a fist in the air at ‘these kids these days.’ But I do think there may be something significant to the fact that the divide is breaking down this way. Are younger critics frustrated (or just bored) with Che because for the most part, we don’t bring an emotional, historical or intellectual relationship to its subject to the viewing experience? Or are we just braindead children with the attention spans of infants? Or both?”

Hollywood Elsewhere is going to shift operations to Manhattan starting on 11.5 — the day after the election. Six months, maybe longer. Not that this will affect things in any way I can imagine. Same screenings, same folks, same junkets, same action. I just want to be closer to my sons and my mom for a while — that’s all. I’ll be parking it in North Bergen, New Jersey — right across the Hudson, view of Manhattan, a little north of Hoboken, 15 minutes into town by shuttle.

Oliver Stone on W: “The movie’s not a smear job. I wouldn’t want to spend a year of my life making something that is demeaning to somebody, being malicious. That’s the wrong approach to art. It’s not a political film, but a Shakespearean one. It’s a film about George W. rebelling against his father, doing better than his father, believing that he’s stronger than his father, and outdoing his father…and it’s about the colossal mistakes he made and the lies he told. In a way it’s Oedipal. One can say he did kill the father because he did destroy the legacy, the name. It’s a big thing with the Bushes.” — speaking to Maxim’s Charlie LeDuff.

“The truth is that it is the excesses of McCain’s own party from which the country needs to be saved. That McCain is now attempting to seize the mantle of ‘change’ for himself is profoundly absurd. And that he expects the American people to swallow it is profoundly insulting.” — from Esquire‘s endorsement of Barack Obama editorial, the first such declaration in the magazine’s history. Coming at this stage of the game with Obama heavily favored, the impact isn’t what it might have been. If Esquire had run this last June or July, it would have been a different deal.

The Iraq War movie curse will be put to the test this weekend when Ridley Scott‘s Body of Lies opens on Friday. It cost a lot of money (I’ve heard $90 to $100 million) and most handicappers will be surprised if it makes more than $17 or $18 million by Sunday night. Even if God smiles down and it nabs $20 million (which won’t happen) it would probably top out in the vicinity of $60 or $70 million.
Today’s Body of Lies tracking is 78 general, 37 definite interest and 13 first choice, up from last Sunday’s tally of 70, 37 and 9. But it only has a 58% positive on Rotten Tomatoes.
Beverly Hills Chihuahua (Disney) will probably be a close second, maybe $15 million or a bit more. The Express (Universal), a good-enough football saga about Syracuse star and first-ever African-American Heisman Trophy winner Ernie Davis, is running at 64, 34 and 9, and should come in third with $13. 5 or $14 million. The R-rated Quarantine is running at 57, 29 and 8 and should come in with something close to $12 million, maybe a bit less.
Among next week’s openers, Max Payne is looking a bit stronger than The Secret Life of Bees with Oliver Stone‘s W. and Sex Drive following in that order.

So how does John McCain “pull this one out of the pooper?,” Stephen Colbert asked MSNBC’s Joe Scarborough last night. You have to hand it to Scarborough for not mincing words.

Kathryn Bigelow‘s Hurt Locker is opening in Italy tomorrow, hence the availability of this Italian-language trailer plus four clips. The Italian dubbing takes it down two or three notches. If anyone has an embed code for the English-language version… 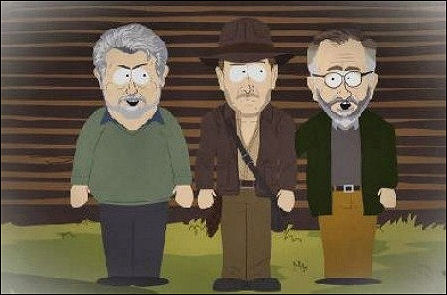 Here’s a Comedy Central clip from the show. Here’s another one. Not since Deliverance has the viewer been jolted by such a depiction of violation.

I’m way late to the table, but this audio file of a New Yorker Festival discussion last weekend about various election matters is worth a listen, especially as it includes Henrik Herztberg‘s quote that John McCain is right now “down to stems and seeds.” Hosted by Dorothy Wickenden wth Hertzberg, Ryan Lizza and George Packer participating.