The answer to the Touch of Evil aspect-ratio controversy contained in the release of the 50th anniversary DVD is simple, and shame on those who would needlessly complicate it. All 1950s film that were captured with a protected aspect ratio of 1.37 to 1 should always be mastered for DVD at that aspect ratio. Or at least at 1.66 to 1. I can’t over-emphasize how despicable I find 1.85 to 1 croppings of Eisenhower- and Kennedy-era films.

There is no aesthetic benefit at all — zero — to chopping the tops and bottoms off an image that was protected for 1.37 to 1. The reborn Gordon Gekko’s new slogan: Tall and boxy is good. It harms no one to release a taller fuller image. The DVD distributors are simply looking to put out an image that fits within 16 x 9 aspect ratio of high-def plasma and LCD screens. They want everything to be “wide.”

HE reader Robert Hunt contends that Hollywood historian Richard Maltby, writing in his book “Hollywood Cinema” (which I’ve read but have no copy of right now), argued that “1.85 wasn’t accepted as the standard aspect ratio by the SMPTE until 1960.”

Some Came Running‘s Glenn Kenny was written about this in a fashion that I find a little too laissez-faire. Here it is:

“The facts are these: Director Orson Welles and cinematographer Russell Metty shot Touch of Evil in the so-called ‘Academy ratio’ of 1.37:1. And…well, actually, as far as the universally accepted facts are concerned, that’s where they end. 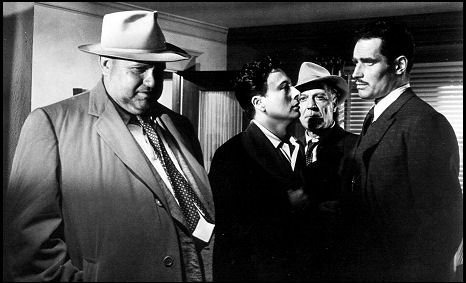 “There is plenty of documentation attesting that it was Universal Studios policy, mid-1953 or so, to have all their releases theatrically projected at the wider 1.85:1 ratio, via a ‘hard matte’ (a plate with a rectangular opening placed in front of the projector’s lens), with the Academy ratio reserved for TV airings of films (1.37 fitting almost exactly correctly on old-style television screens).

“Kehr’s commenters include a great number of folks who have seen Touch of Evil screened theatrically at 1.37. Did the projectionist make an error? Is the documentation concerning Universal’s policy wrong? Did Welles and Metty compose for 1.37 without realizing that the film would be projected at 1.85?

“A lot of questions with no, apparently, definitive or cut-and-dried answers. What is sure is that the new Touch of Evil edition offers three versions of the film–the compromised but still absolutely classic theatrical release, a ‘preview’ edition that hews closer to Welles’ vision than the eventual theatrical release, and the ingenious, controversial 1998 ‘restored’ version put together by scholar/preservationists Rick Schmidlin and Jonathan Rosenbaum — all in 1.85. Former Cahiers du Cinema critic Nicolas Saada calls this a ‘disaster’ over at Dave’s site.

“A host of others, who are also discussing the decision over at the Criterion forum, point to the evidence apropos Universal’s policy. The Lafayette Theater’s Pete Appruzzese, a man I defer to in all manners technical, says he’s run Touch of Evil in both 1.37 and 1.85 and that to his eye the 1.85 version is correct. Dave Kehr feels the 1.85 version looks ‘tight.'”

Then again Kenny wrote the following within Kehr’s talkback section: “Let’s start a collection to raise enough money so that Craig and the MOC guys can convince Universal to license them Touch of Evil for a Blu-ray MOC release in 1.33. Put me down (seriously) for $500 in support.”

There’s no earthly reason to believe or presume that Welles and Metty would have preferred that Touch of Evil be seen by future generations in a 1.85 to 1 aspect ratio. Any idiot can look at the 1.37 version on tape and the new cropping and come to this conclusion. There is a word for the 1.85 cropping on the just-out three-disc DVD set, and that word is “vandalism.”

My earlier absence today was due to errands, two meetings and aimless running around. I also had to buy a nice shirt-and-tie combo to wear at a $5000-per-person Joe Biden fundraiser I’m attending at the Pacific Design Center starting at 6 pm. But the real action this evening will be on Late Night with David Letterman when John McCain finally shows up and sits there and plays the good sport. Will Letterman take pity or…? 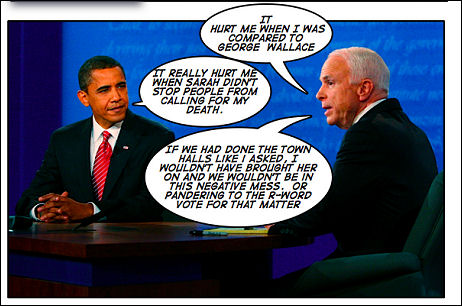 Here are some stats provided by Fandango about “more than 3,000 moviegoers” they’ve interviewed who are planning to see Oliver Stone‘s W. (opening tomorrow).
51% are male, and 58% are ages 25 to 49. 23% classify themselves as liberal; 22% as moderate and 18% as conservative. (What about the other 37%?) 34% say they voted for George W. Bush in a previous election. (People are admitting to this?) 27% say they will vote for John McCain, and 53% say they will vote for Barack Obama.
67% want to see it because of Oliver Stone‘s reputation as a controversial filmmaker. 10% say the presidential and vice presidential debates have made them more interested in seeing the movie. 6% say the film might impact how they vote in the upcoming presidential election. 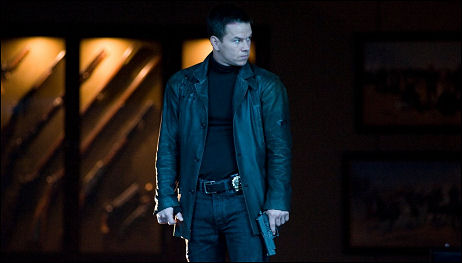 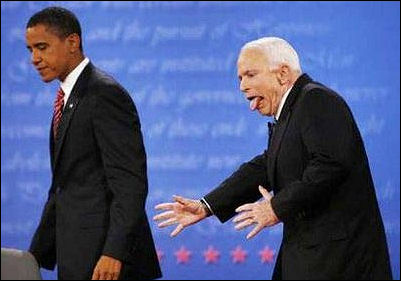 Art by Barry Stock adorns the cover of this week’s Willamette Week, which calls attention to the Oregon weekly’s election recommendations. 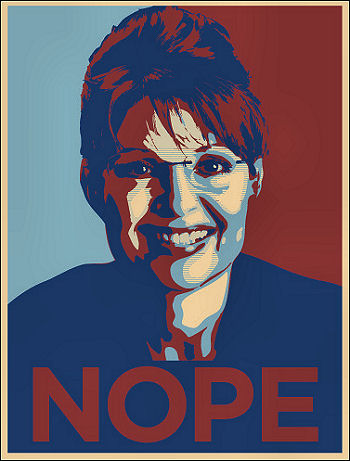 As I wrote a week ago, Tomas Alfredson‘s Let The Right One In (Magnolia, 10.24) “is easily the most strikingly unusual vampire pic that anyone’s seen in I don’t know how long. The fact that Overture Films and Spitfire Pictures are developing a U.S. remake with Cloverfield‘s Matt Reeves to direct speaks volumes. It’s one of the standout originals of ’08.” Here’s the trailer: