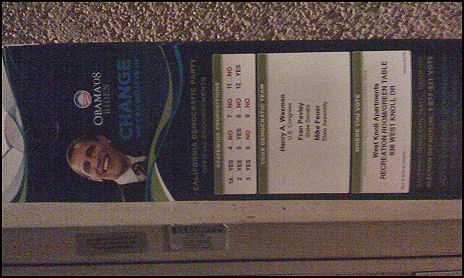 I’ve never posted the trailer for Last Chance Harvey (Overture, 12.26), which went up a little more than a week ago. I’m speaking with a certain participant tomorrow so it seemed like the right time.

The trailer for F. Javier Gutierrez‘s Before The Fall, which I missed (naturally, typically) last Sunday at the AFI Fest, but which will have another showing Wednesday, 11.6 at 7 pm at the Mann Chinese. It’s said to be an artier, smarter, scarier Deep Impact — a film about a killer meteor about to hit earth and what everyone decides to do in the three days left before the Big Moment. It’s also known as 3 Dias.

“American Tune” courtesy of the people behind progressivefuture.org and Paul Simon.

The Hollywood Reporter‘s Paul J. Gough wrote last night that “the networks aren’t going to hold back calling the election for Barack Obama or John McCain if either gathers the magic number of 270 electoral votes.”

It’s therefore “possible, if not altogether likely, that the presidential election could be called before polls close in the west,” he writes. The networks are all claiming “they won’t make any predictions before their time. But executives say it would be foolish for them to sit on a projection if they’re sure, and it wouldn’t be fair to viewers.

The election will basically be over once the Ohio, Florida, Virginia and Pennsylvania tallies come in, which’ll be…what, somewhere between 8 pm and 9 pm Eastern or 5 pm to 6 pm out here?

I’m no one to talk with today’s Joaquin Pheonix-Brian Dennehy comparison, but this Vanity Fair cover argues that there may be such a thing as too rich and too thin. Kate Winslet had her own thing and Angelina Jolie had hers. Now, here, they’re nearly the same. I had to look twice at this photo before realizing it’s Kate “weighs-a-lot” (i.e., her alleged Jim Cameron nickname during the shooting of Titanic). 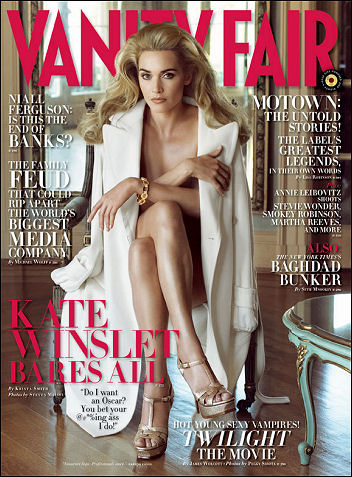 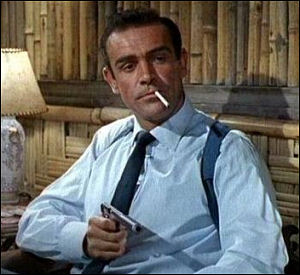 The Courage Campaign has put together a list of recommendations on the various Callifornia ballot initiatives (or state measures) that everyone will be voting upon tomorrow. No to Prop. 8!

I’m a serious white guy. English and German heritage. I grew up in white-bread towns (Westfield, NJ and Wilton, CT) and began life with white-bread tastes, attitudes and core beliefs. And yet now, looking at all those defensive-looking white people cheering on John McCain at his rallies, I feel pity and alienation. I shake my head and ask myself, “Who are these jerks?” To be an over-40 white middle-classer these days is, by the standard of the political polls I’ve been reading, to be a little bit sad and scared. Half of them, I mean, or a bit more than half. Culturally reactionary, behind-the-curve, hanging on to the past.