It was raining this evening as I came out of the MOMA screening of Benjamin Button, so I bought a $15 umbrella for my walk back to 42nd and 8th Avenue. I put the damn umbrella on the floor of the Boulevard East bus under my seat. Fifteen minutes later I’d discovered someone had stolen it. Who steals umbrellas on buses? I’ll tell you who does this. New York animals do this. I had ownership for a total of 25 minutes. 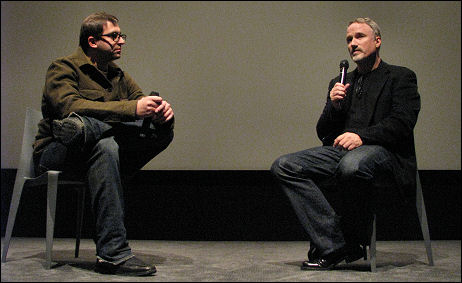 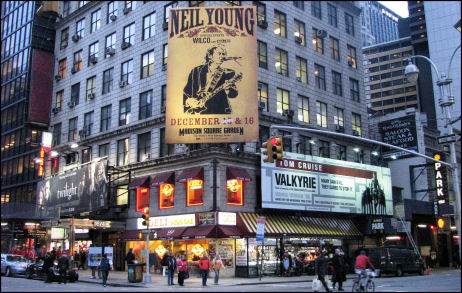 Stephen Daldry‘s The Reader, which had its first press screenings today on both coasts, “feels rushed,” in the view of In Contention’s Kris Tapley. “It’s an oddly disorienting narrative,” he writes, “that takes some time settling into an emotional groove, but when it does, it packs affecting punch.”

Calling a film “rushed” and “oddly disorienting” are obviously negative sentiments. Fair game and all that, but I was under the impression there was a review embargo in effect until 12.1 or thereabouts…no? I saw it earlier this afternoon in the 5th floor Brill building screening room, but I intend to hold my water until further notice.

“The weird thing is it feels [as if it’s] have transported me back to the mid-1990s,” Tapley says. “This is a film that recalls the heyday of Harvey Weinstein‘s grip on this time of year, perhaps in atmosphere more than quality. It should be no surprise, then, that Anthony Minghella is one of the producers attached. There are echoes of his work throughout, and really, Daldry might be the only filmmaker with the right doses of prestige and dramatic flavor to take up Minghella’s mantle.

“I have to mention Nico Muhly‘s exemplary score,” Tapley adds, “and the exquisite photography from Chris Menges and Roger Deakins, both credited.”

The Big Reveal is this Gus Van Sant interview by Ain’t It Cool ‘s Mr. Beaks is that Gus initially wanted to shoot Milk in 16mm and have it look like a hand-held ’70s doc, like something D.A. Pennebaker, Albert Maysles or Frederic Wiseman might have shot.

“Well, it started with Wiseman literally. We wanted to shoot in 16mm. And we did hire documentary shooters that had worked along the same lines as Frederick Wiseman. We were even going to try to get Albert Maysles, because he still shoots and, you know, might be able to do it. We were trying to get as close as we could to the real 1960s and 1970s documentarians. [D.A.] Pennebaker. We could’ve seen what he was up to.

“[But] we didn’t get the main guys, but we did get the guys right under them – which was weird because they make a lot more money than a camera operator does on a Hollywood movie. It was at strange expense. And strange union regulations had to be signed off on. And because we weren’t able to use actual 16mm cameras, we realized that our idea was foiled: we wanted to shoot in 16, and we wanted it to be reversal film, and we wanted it to match with the documentary footage that we planned on using.

“But we were talked out of using the 16mm film. And we thought that would be okay; we thought, “Okay, they’ll just work with thirty-five cameras.” But that little-bit-larger camera actually affects the way the DPs work. Even though they’re doing the same thing, the optics are different; the actual depth of field starts to come in to play. So all of a sudden your film looks like everyone else’s cinÃ©ma vÃ©rite, Paul Greengrass, The Office television show. Law & Order…it starts to look like all of it. It looks like everybody’s 35mm version of a 16mm Frederick Wiseman-style film.

:So we realized our folly and switched quite drastically into a Godfather.” situation.

In stores tomorrow to go along with (i.e., feed off) the new Fincher mood. 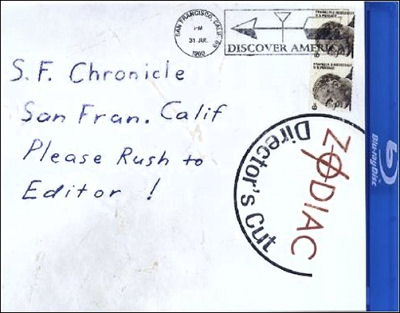 Almost every New York journalist I’ve spoken to over the past week or so seems to believe that Dark Knight‘s Heath Ledger is more or less a lock to win the Best Supporting Actor Oscar. He’s favored, of course, but my Ray Walston antennae tells me it’s no done deal. I’m not feeling a blitzkreig momentum, and I’m sensing that Revolutionary Road‘s Michael Shannon, who appears in only three scenes but delivers a wham-bam effect like no other supporting performance in any other film this year, may have a shot at stealing it away. 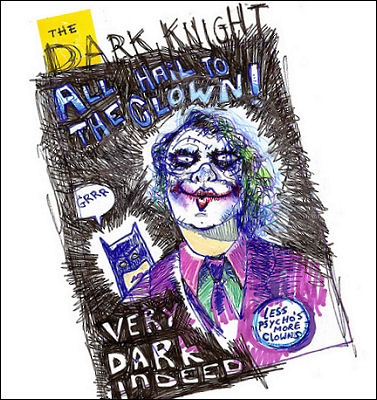 Posted a little more than a year ago, this very well-cut but conceptually tired mash-up was put together by What The Maynard’s Robert Panico. John Hughes‘ Planes, Trains and Automobiles is (a) the only Hughes film I genuinely like (as evidenced by the fact I’ve watched it at least ten or twelve times) and (b) my all-time favorite Thanksgiving film. (Thanks to HuffPost’s Alex Leo for the shout-out.) 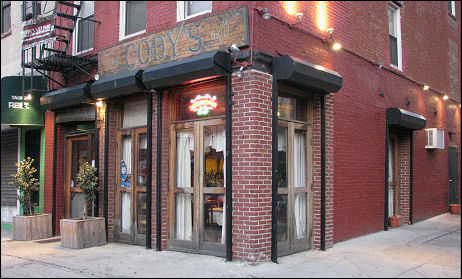 I ordered two copies from the N.Y. Times three or four days after the election; they only just arrived last Friday. Back-order logjam. 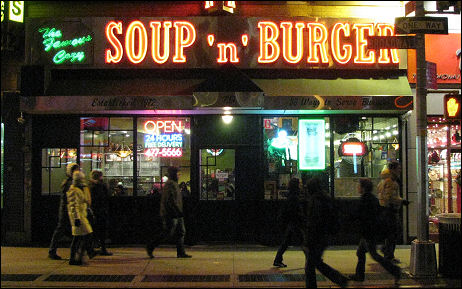 With a total of 2,885,555 ballots having been recorded in the initial Minnesota U.S. Senate race, fivethirtyeight.com‘s Nate Silver has posted a mathematical analysis-projection report that “works out to a projected gain of 242 votes for Al Franken statewide over Norm Coleman. Since Coleman led by 215 votes in the initial count, this suggests that Franken will win by 27 votes once the recount process is complete (including specifically the adjudication of all challenged ballots).

“The error bars on this regression analysis are fairly high,” Silver cautions, “and so even if you buy my analysis, you should not regard Franken as more than a very slight favorite. Nevertheless, there is good reason to believe that the high rate of ballot challenges is in fact hurting Franken disproportionately, and that once such challenges are resolved, Franken stands to gain ground, perhaps enough to let him overtake Coleman.”

In a box-office story about the Twilight avalanche, N.Y. Times reporter Brooks Barnes notes that “experts” are saying the film “could struggle with what movie executives call playability, or the ability to maintain box-office heat after the core fan base has moved on.”

Mothers? Guys of all ages can go to this thing and learn (i.e., remind themselves) how to act with their girlfriends and wives in a way that will most likely lead to some action. This is not a painful-to-sit-through, young-girls-only movie. It goes down fairly easily, plus it’s a major phenomenon that anyone who fancies himself to be any kind of cultural pulse-taker is absolutely required to see.

11 Comments
Slap It Around

“This movie isn’t Four Christmases,” Today‘s Gene Shalit just said on the air. “It’s against Christmases.” Oddly, I can’t shake the urge to slip into this thing anyway. I know it will bring much suffering, but I’m a fool for the wicked Vince Vaughn tongue-lashings I’m hearing in the trailer.

Inspired by the depiction of the fight against Prop. 6 (i.e., the Briggs Amendment) in Milk, Marshall Fine recounts a 1977 conflict with the forces of southern conservatism when he was a young-buck entertainment reporter (i.e., liberal, Jewish, nervy) for Jackson, Mississippi’s Clarion-Ledger and panned a performance by Anita Bryant at a local state fair. Part One of the story was posted yesterday; the second installment will conclude sometime later today.

Last night Variety‘s David S. Cohen and Anne Thompson posted a story about the digital projection snafu that ruined last Thursday evening’s Benjamin Button screening at L.A.’s DGA theatre. Three days after the incident feels like a long reporting, writing and editing period to me; they couldn’t have posted something by Friday afternoon? Hubba hubba.

And why didn’t they identify the manufacturer of the digital projection system that failed, “which Par rented for the occasion”? It seems as if editorial political pressure might have been brought to bear upon Cohen and Thompson with the rationale that it wasn’t the hardware but some error by the DNA projectionist. This scenario is indicated by a one-word graph stating that such incidents “raise questions about screening room hardware and projection-room expertise in operating new d-cinema projectors.”

I want names and specific explanations, dammit. Bad guys were at fault and I want the guilty punished. If I was David Fincher I would have had a frank conversation with the manufacturer of the digital projector and with the DGA’s projection staff manager, and I would have gone all Rahm Emanuel once the responsible parties were identified.