If you ask me, the title of this Bilge Ebiri New York/Vulture story implies that somewhere out there are ten mezzo-mezzo movie Nixons, and perhaps ten forgettable move Nixons on top of these. The idea of 30 or 40 Nixons…a battallion of Nixons…Nixons in leotards doing the Rockettes kick…an infinite number of scurrying, rat-like Nixons….an Army of Nixon waiters in Being Richard Nixon.

“With Ron Howard’s Frost/Nixon opening this week — along with the release of hundreds of new hours of Nixon tapes — America’s 37th president is back in the news,” Ebiri begins. “And it couldn’t have come at a more critical time — let’s face it, Tricky Dick’s claim to the title of America’s Premier Political Bogeyman has been shaky these past eight years. But until Dubya headlines his own torture-porn horror franchise (hey, it could happen), Richard Milhous Nixon will still be the nation’s favorite movie president — only Lincoln, with his hundred-year head start, can even hope to challenge him.” 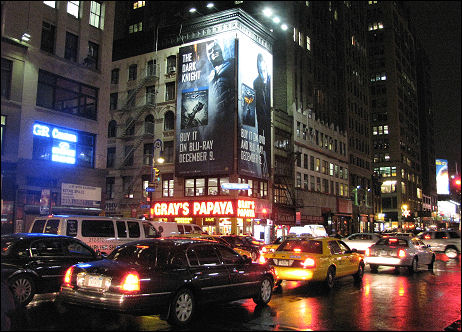 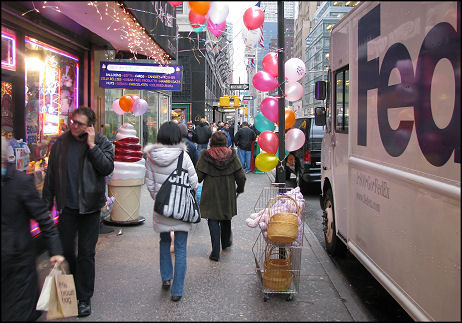 “At 78, perhaps the only actor in the history of American cinema to convincingly kick the butt of a guy 60 years his junior, the hard-headed, snarly mouthed Clint Eastwood of the 1970s comes growling back to life in Gran Torino,” writes Variety‘s Todd McCarthy. “Centered on a cantankerous curmudgeon who can fairly be described as Archie Bunker fully loaded (with beer and guns), the actor-director’s second release of the season is his most stripped-down, unadorned picture in many a year, even as it continues his long preoccupation with race in American society.

“Highlighted by the star’s vastly entertaining performance, this funny, broad but ultimately serious-minded drama about an old-timer driven to put things right in his deteriorating neighborhood looks to be a big audience-pleaser with mainstream viewers of all ages.” Methinks the key words in this last package are the words “audience pleaser.” Know what that means? You don’t?

Of all the non-competition films at Sundance ’09 (Premieres, Spectrum, Frontier, Park City at Midnight), the one I’m least interested in seeing, no offense, is Marc Webb‘s 500 Days of Summer, which is about Joseph Gordon-Levitt flashing back to his relationship with Zooey Deschanel and trying to figure out why she broke up with him. I’m already suffering just thinking about this film.

Any guy who doesn’t understand exactly what’s happening and not happening at any moment in a romantic relationship holds no interest for me. Only losers go “what went wrong?…waaahh” when things don’t work out. Winners know what’s going to happen before it happens, and they hold the door open for the woman as she leaves, and they give her cab fare. 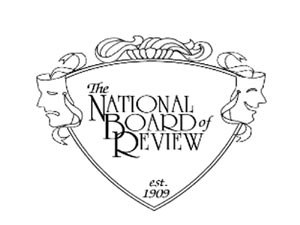 According to Michael Cieply‘s 12.4 N.Y. Times mini-trend piece about Sundance ’09, or more particularly the remarks he uses from Sundance director Geoff Gilmore, the tone of the festival will signify “an unusual tilt toward the emotional — maybe even melodramatic — side of independent cinema.”

“Audiences this year are going to be surprised,” Gilmore tells Cieply about the 1.15 to 1.25 gathering in Park City, Utah. “The range of emotions evoked by the films is going to be greater than in the past.”

But only three emotional-type films are mentioned — Shana Feste‘s The Greatest, a “three hankie” drama about a family dealing with the loss of a teenage son with Pierce Brosnan and Susan Sarandon starring; Ross Katz‘s Taking Chance, a true-life drama about a military escort officer (Kevin Bacon) escorting the body of a dead marine back to his hometown in Wyoming; and Lee Daniels‘ Push, about “the trails of an abused girl in Harlem.”

For a festival the size of Sundance, don’t you need to be showing more than three films of a particular stripe to announce a trend, even a mini-sized one?

Push, says Gilmore, is “so dark, but I cried so hard at the end of it.” Okay, but I’ve seen Daniels’ previous film, Shadowboxer, and it struck me as nto great — gratuitous here and there and (sorry) not all that tightly focused, emotionally or otherwise. So on Push alone, I would advise a little cuidado. I studied Daniels during a post-screening q & a about Shadowboxer at the ’05 Santa Barbara Fim Festival, and I don’t trust the guy. I feel on some level that I know his game, or at least the game he was playing three years ago.

This is a bad time to bring anything up about poor Mark Ruffalo given his brother’s recent shooting tragedy, but I’ve been thinking about how strong (i.e., unforced, uncomplicated) he is in What Doesn’t Kill You and also that post from an HE reader a day or two ago that he should play Marlon Brando in a biopic. If — I say if — a Brando biopic were to happen, who better could fill the role? 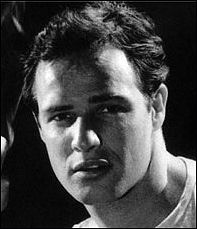 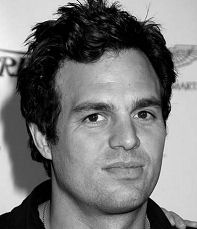 I already know the story and the theme. The film would be about Brando’s decline into self-disgust and Hollywood cynicism, or how his career went from the high-toned quality streak of the early to mid ’50s — The Men, Streetcar, Viva Zapata, The Wild One, Julius Ceasar and On The Waterfront — into rank or less distinguished big-money Hollywood pics like The Egyptian (which Brando refused to do), Desiree (awful), Guys and Dolls (tolerable but that’s all), Teahouse of the August Moon (shallow), etc.

The sad tale would end with his last attempt at artistic self-definition in a take-charge, master-of-his-own-fate mode — i.e., the direction of the moody psychological western One-Eyed Jacks. Brando’s career went into a gradual decline mode for 13 years straight after Jacks came out and was mostly seen as something of a disappointment (even though its reputation today is sterling), only to revive again with The Godfather and Last Tango in Paris.

So what happened with the Seven Pounds (Sony, 12.19) screening in Los Angeles last night that Gold Derby‘s Tom O’Neil moderated the post-screening discussion of? No reactions, plot spoilings, analogies to Seven Brides for Seven Brothers, etc.?

Last night I finally listened to this mp3 of Clint Eastwood‘s half-talking, half Tom Waits-ean singing of the Gran Torino song. It’s okay. Clint shouldn’t have named the tune “Gran Torino” (i.e., too on-the-nose), but I’m not hugely bothered by this — just mildly so. Otherwise it’s a whaddaya-whaddaya.

A screening of a much-anticipated period film happens this morning at 10 am, a Frank Langella-slash-Frost/Nixon interview follows at 2 pm, and then a Paul Schrader/Adam Resurrected discussion at 4:15 pm. Postings will probably be few and random. An emphasis on photos.

Anyone who says the rescuing dog is dragging the injured, possibly dead dog off to the side of the road so he can eat him will get his/her ticket stamped. This is the best heart video I’ve seen in ages. No other views will be tolerated.