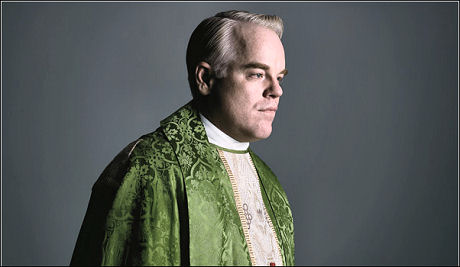 “The story of the ongoing financial meltdown is “partly of President Bush’s own making, according to a review of his tenure that included interviews with dozens of current and former administration officials,” begins a 12.20 N.Y. Times story by Jo Becker, Sheryl Gay Stolberg and Stephen Labaton.

“From his earliest days in office, Mr. Bush paired his belief that Americans do best when they own their own home with his conviction that markets do best when let alone.

“He pushed hard to expand homeownership, especially among minorities, an initiative that dovetailed with his ambition to expand the Republican tent — and with the business interests of some of his biggest donors. But his housing policies and hands-off approach to regulation encouraged lax lending standards.

“Mr. Bush did foresee the danger posed by Fannie Mae and Freddie Mac, the government-sponsored mortgage finance giants. The president spent years pushing a recalcitrant Congress to toughen regulation of the companies, but was unwilling to compromise when his former Treasury secretary wanted to cut a deal. And the regulator Mr. Bush chose to oversee them — an old prep school buddy — pronounced the companies sound even as they headed toward insolvency.

“As early as 2006, top advisers to Mr. Bush dismissed warnings from people inside and outside the White House that housing prices were inflated and that a foreclosure crisis was looming. And when the economy deteriorated, Mr. Bush and his team misdiagnosed the reasons and scope of the downturn; as recently as February, for example, Mr. Bush was still calling it a ‘rough patch.’

“The result was a series of piecemeal policy prescriptions that lagged behind the escalating crisis.

“‘There is no question we did not recognize the severity of the problems,’ said Al Hubbard, Mr. Bush’s former chief economics adviser, who left the White House in December 2007. ‘Had we, we would have attacked them.’

“Looking back, Keith B. Hennessey, Mr. Bush’s current chief economics adviser, says he and his colleagues did the best they could ‘with the information we had at the time.’ But Mr. Hennessey did say he regretted that the administration did not pay more heed to the dangers of easy lending practices. And both Mr. Paulson and his predecessor, John W. Snow, say the housing push went too far.

“‘The Bush administration took a lot of pride that homeownership had reached historic highs,’ Mr. Snow said in an interview. ‘But what we forgot in the process was that it has to be done in the context of people being able to afford their house. We now realize there was a high cost.'” 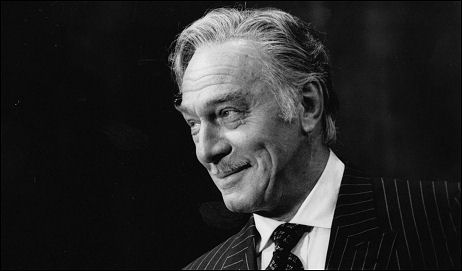 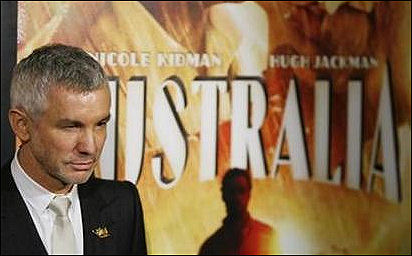 The second-place Seven Pounds was looking at a projected $15,500,000 yesterday morning. It’s now expected to finish tonight with around $16 million — a soft opener for a Will Smith film, and probably headed for a final tally that will be comparable to the grosses for Michael Mann‘s Ali.

The Reader held to the same eight runs it had last week and dropped around 48%. Bad sign.

Frost/Nixon stayed at 39 runs and dropped 43%, earning $9000 a print. Uni’s strategy is to hang in there until the early January Golden Globe awards and Oscar noms.

How could the Toronto Star‘s Peter Howell, whose opinions have often stirred me and which have always warranted respect, fall for the emotional dog food being peddled by Seven Pounds, the Gabriele Muccino-Will Smith movie?

Howell says he’s “inclined to give the picture passing marks for two reasons. The first is that Smith is not trying to make us love him…this is no small risk for Hollywood’s most genial superstar.” Bullshit. Smith’s character may be rude or anxious or perplexing at times, but at no time is Seven Pounds not trying its darndest to present this guy, thorny as he is in certain respects, as decent, caring and compassionate.

The other reason, says Howell, “is that Smith’s acting, and that of co-star Rosario Dawson. It’s deeper than we’ve seen from either of them, and they click. We have no reason to like his character” — again, bullshit — “or to totally trust hers, but we feel as drawn to them as they do to each other.” Oh no, we don’t! It is impossible to be drawn to any characters in a big-budget sensitivity-session confection such as this one. It’s just another Smith job, is all it is. And all Smith films work on more or less the same principle.

I’ve read a few filmmaker biographies in my time, mostly about legendary types (David O. Selznick, John Huston, etc.) I’ve read two Montgomery Clift bios and two or three about Marlon Brando, and I thought I was Brando’ed out. But this 12.20 Daily Mail summary of Alice Marshak’s paperback cheapie, Me and Marlon, is obviously authentic (being a first-person account) and a rendering of Brando as a hugely pathetic figure. Marshak wrote this because she needed the money, obviously, but I believe what she’s written.

Yesterday The Envelope‘s Tom O’Neil ran some comments from a few journo-bloggers about whether Andrew Stanton‘s WALL*E might be Oscar-nominated for Best Picture instead of just Best Animated Feature, which this widely loved and admired film is obviously destined to be nominated and win for. 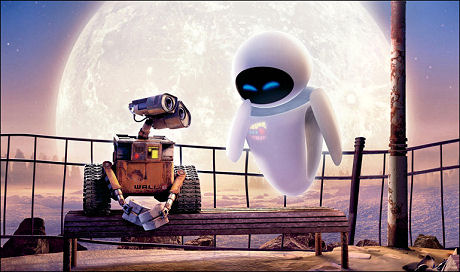 I was the only one who didn’t just say no, it probably won’t be nominated as Best Picture but bluntly and unequivocally no, it shouldn’t be nominated for Best Picture because (a) it belongs in the animated category, period, and (b) winning in that category is a very honorable thing so what’s the problem?

“WALL*E, to use a nationalistic metaphor, is a splendid Mexican classic,” I wrote. “It stands tall on its own terms, and its makers have every reason to be proud. But it’s a Mexican film and not an American one, and there’s no need for it to cross the Rio Grande and obtain American citizenship. It’s fine as it is. It’s a great animated film, and will win the Oscar in that category, and that’s fine. Did Luis Bunuel need to become an American citizen in order to feel complete and verified as a film artist? As Sylvester Stallone said to Brian Dennehy in First Blood, “Let…it…go.”

Most of those asked — The Envelope‘s Scott Feinberg, USA Today‘s Suzie Woz, The Envelope‘s Pete Hammond, Entertainment Weekly‘s Mark Harris, Coming Soon‘s Ed Douglas, Hollywood Reporter‘s T.L. Stanley — said a Best Picture nomination probably isn’t in the cards for WALL*E, although two or three said it could gather a lot of one-point votes and therefore slip in as a fifth-choice contender.

Awards Daily‘s Sasha Stone said this could happen if the concept of WALL*E as a “protest vote” — i.e., against what some see as an array or relatively marginal or unexceptional live-action Best Picture contenders — gains traction. I’ll be cool with that if it happens because I like all protests against anything and everything. I’m very much of a three-pronged-pitchfork-and-burning-torch kind of guy.