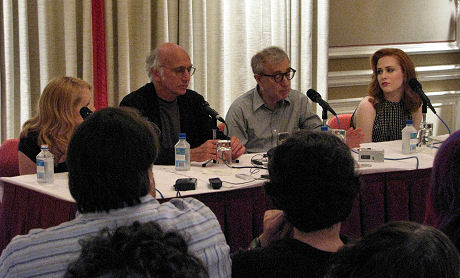 In a piece that alludes to areas of discomfort in the gay community about Sacha Baron Cohen‘s Bruno (Universal 7.10), Matt Drudge writes that the N.Y. Times Brooks Barnes “is planning to go thousands of words on the societal implications of it all.”

I’ve been told that story about Stephen Sommers‘ removal from G.I. Joe: The Rise of Cobra (Paramount 8.7) isn’t far from the truth and at least deserves a read. It comes from a guy named “End Times.” He posted the account last night on Don Murphy’s site. [Note: story was removed yesterday morning.] 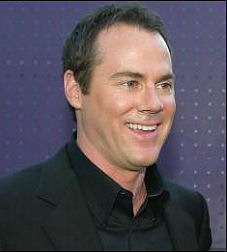 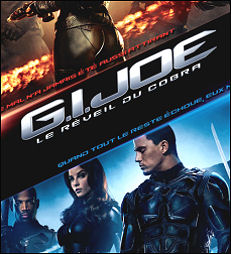 My source says Sommers “was given total freedom but he melted down and has made the biggest bomb in many a moon. Paramount production chief Brad Weston is looking to bail and work for Peter Chernin with Star Trek as his coda because G.I. Joe will decimate the Paramount team and lead to many, many scapegoats.”

“After a test screening [of G.I. Joe: The Rise of Cobra] in which the film got the lowest test score ever from an audience in the history of Paramount, the executive who pushed for the movie — Brad Weston — had Stephen Sommers, the superhack director of the film, fired. Removed. Locked out of the editing room.” Wells comment: How does this guy know what Paramount’s test-scoring history is? Does he have all the stats? If so, how did he get them?

“Stuart Baird, a renowned fixer editor, was brought it to try to see if G.I. Joe could be made releasable. Meanwhile producer Lorenzo di Bonaventura, whose turkey Imagine That (also championed by Weston) explodes this weekend as the new bomb in theatres, was told his services were no longer needed on the film either.” Wells comment: Someone needs to call around and verify and round this out.

“Sommers was then forced by his William Morris agents to pretend that he was working on Tarzan over at Warner Brothers, doing design work, even though that film doesn’t even have a good script yet. When word of the firing started to be whispered about in Hollywood, Sommers was summoned back to the editing room but merely to save appearances. Baird is still re-editing the movie with studio input. 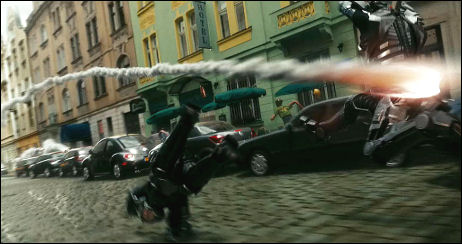 “Hasbro CEO Brian Goldner, who turned down other offers from the property to go with the script that was rushed out in eight weeks by Stuart Beattie (i.e., because of the writer’s strike), is frantic that the Sommers-created debacle will destroy the brand and is now distancing himself from the pending catastophe.

“None of this needed to happen. The problem is that someone did not know the mythology. Lorenzo di Bonaventura was in charge of the film and never contradicted Sommers on anything. Lorenzo, so you know, was previously a senior Warners honcho and had GI Joe under option there (not as a producer) for seven years and he refused to greenlight the film, stating that because he grew up in Italy he had no knowledge of it.

“If you google enough, at one point you will see he wanted the film to be about an action hero named Mann (Action Man…got it) and he clearly had no clue what the GI Joe world really was.

“And the hapless hack Sommers? Where did he come from? The confused Jon Fogelman at William Morris, who signed Hasbro away from CAA, had to find a director in a hurry for his new clients and gave [Paramount] the only guy who he repped who would do it. A sad end to what could have been a great franchise. Acceleration suits indeed.”

Update: Movieline‘s Kyle Buchanan posted a followup a few hours ago, the gist saying that “sources” have told him that Sommers is still on the film.

So I got in touch with my guy and here’s what he said: “The bottom line is that you don’t read stuff like this about a film that’s working. The bad buzz around G.I. Joe has been swirling around for a long time. The studio knows it’s a bomb and is trying to mitigate the disaster.

“Sommers’ complete autonomy got them into this mess, but he doesn’t have it anymore. He was petulant and demanding throughout the production and got his way at every turn, until now. This isn’t about his final cut nor anyone’s respective ‘vision’ as they’re now mightily endeavoring to get a version of this film together that’s releasable and can get the biggest opening possible.

“One person at Paramount said it’s the weakest major release since Escape From L.A. Any hopes for a new tentpole are completely gone.”

Update: Okay, Andrew Sarris will continue reviewing for the New York Observer as a freelancer, according to Dave Kehr. Great! I don’t know why Sarris didn’t point this out when we spoke last night but whatever. At least the berth continues.

Posted this morning: Hearing yesterday that Andrew Sarris had been jettisoned by the N.Y. Observer resulted in one of those pit-of-the-stomach thud feelings. Sarris, 81, is getting on (who isn’t?) and maybe slowing down a tad but he’s way too important, too influential and too legendary to just be cut from the payroll. We all know about the cultural shiftings going on (“The age of the singular critical voice is ending — people prefer the wisdom of a community”) but this still ain’t right. 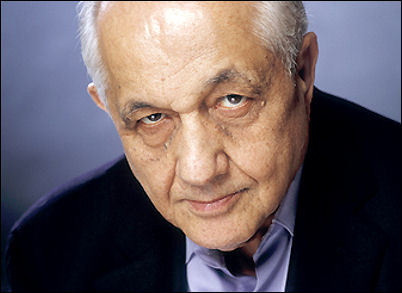 In other words the man has been at this racket for way too long and writing too insightfully and has been too much of a steady trooper for too many decades for some editor to just say “okay, see ya.” (Sarris’s first film review focused on Alfred Hitchcock‘s Psycho.) In my head he’s earned the stripes to just keep on rolling until he wants to stop. He personifies hallowed ground.

So I called Sarris last night and said it was personally upsetting to hear what happened, etc. I asked if he’d given any thought to writing for a reputable website. He seemed open to the idea (we talked about a possible option or two) but said he was also enjoying the downtime for the first time in 19 years. And he said thanks very much for the condolences and words of support.

Except too much downtime is bad for the spirit. Writing is brutal or difficult or at least a slog for most of us, but not writing is a death sentence. Writing keeps you in the game, sharpens your mind, makes you inquisitive, feeds the engine, keeps you on your toes, etc. All writers need to keep on chooglin’ until they drop. There is no spoon and there is no retirement.

Here’s Stephen J. Whitty‘s piece about Sarris’s current situation and reputation. And one from Some Came Running‘s Glenn Kenny. And an ’05 Film Comment piece from Kent Jones.

In the fall of ’77 Sarris agreed to talk about movies in front of a crowd at the Westport Country Playhouse Cinema, where I was working at the time. I was told to pick him up at his Upper East Side apartment and drive him up to Westport, and then drive him back a couple of hours later. We obviously enjoyed some chat time, but what I primarily remember was his energy and spirit — a genuine inspiration for me. He seemed indefatigable.

One of my all-time favorite Sarris lines is that “the bottom has fallen out of badness in movies.” He wrote this in the early ’80s….hah!

From the Film Snob’s Dictionary: “Sarris, Andrew. Brooklyn-born film critic and theorist known for popularizing the Auteur Theory, and for arousing the ire of Pauline Kael with his totemic 1968 book The American Cinema: Directors and Directions, 1929 — 1968, in which he categorized directors by preference, prompting Kael to deride him, to his face, as a ‘list queen.’

“His gentlemanly, hypeless prose has remained consistent since 1960, when he began writing for the Village Voice. Married to the fellow film-critster Molly Haskell, Sarris now plies his trade for the New York Observer and as a trainee Snob-admired lecturer at Columbia University.”

I believe this Daily Kos “Termite” post because…I don’t know. Instinct? Mainly, I suppose, because Termite can write and has a two year-old daughter. Was Voight arguing with someone via an unnoticed Bluetooth earpiece during the bell peppers-and-celery dispute? That was one possibility that flew through my head when I first read it. But then Termite claims to have noticed grumpy-eccentric mutterings from the guy three times.

The link is inexcusably old — 18 hours or so — but by the time I saw it early yesterday evening I was in the city sans laptop. The new copy-and-paste software on iPhones is going to make filing on the go a lot easier.