Variety‘s Tim Gray just reported that the Academy will nominate ten Best Picture nominees, which devalues the meaning, of course. Why didn’t the Academy decide to nominate 15 films for Best Picture?This way, five more films will get the box-office benefit, but not really.

In response to my calling Public Enemies “the most captivating, beautifully composed and freshly conceived gangster movie since Bonnie and Clyde,” an HE reader has written that this sounds like a “transparent attempt to get in some advertising blurb.” No, it isn’t that. Another reader has expressed doubt if it’s “more captivating, beautifully composed and freshly conceived than Goodfellas.” Yes, it is that.

Public Enemies is similarly out there with a radical use of razor-sharp, high-def digital widescreen photography (this is going to be one hell of a Bluray) that totally says “not the early 1930s!” and “55-inch LCD screens at Best Buy!” and at the same time says “actually, this is the real early 1930s without the rat-a-tat-tat Pennies From Heaven squawkbox atmosphere and embroidery and Jimmy Cagney-Paul Muni personalities that you’ve been conditioned to expect.”

Add to this the use of shadowy and sometimes just plain dark and inky Gordon Willis-y compositions from cinematographer Dante Spinotti and deliberately muttered dialogue (half of which I personally couldn’t hear, which was totally cool because I was so taken in by the “all” of it).

The combined effect allows audiences to see and experience the early 1930s in a way that is simultaneously “right now” and “back then.”

It’s simultaneously an art-movie that says “fuck the rubes if they can’t take a joke,” a shoot-em-up bank robbery gutpuncher and hell-raiser, a moving and deliciously off-the-ground romantic love story between Johnny Depp‘s John Dillinger and Marion Cotillard‘s Billie Frechette as well as a heavy bromance between Mann and Dillinger.

It really is a fresh package-and-a-half. Plus it’s so “elevated” and so unconcerned with dumb-shit Transformer taste buds that it’s some kind of bold and beautiful.

Due respect to Martin Scorsese but Goodfellas wasn’t as fresh and “whoa” as this. It more or less just spritzed up and recycled the ethnically authentic Mean Streets goombah neighborhood culture and applied it to a rise-and-fall of northeastern mob culture arc from the ’50s to the ’80s with a lot of cinematic pizazz and that great narration from Ray Liotta and all those great performances from Pesci, Sorvino and that Harry Nillson music and so on.

Goodfellas, to sum up, was very cool and electric but Public Enemies is more exciting in a Bonnie and Clyde sense. That’s what I was trying to say, and have now said.

Carey Mulligan, radiant star of Lone Scherfig‘s An Education and an almost-certain Best Actress contender once the games begin, makes a brief appearance in Michael Mann‘s Public Enemies (in a platinum blonde Jean Harlow wig), and appropriately showed up at last night’s after-party. She wouldn’t tell me how her recently announced role in Wall Street 2 will be contoured (sworn to secrecy, etc.) except that she doesn’t play a guilt-tripper. An Education (here‘s my Sundance review again) will play both Telluride and Toronto. 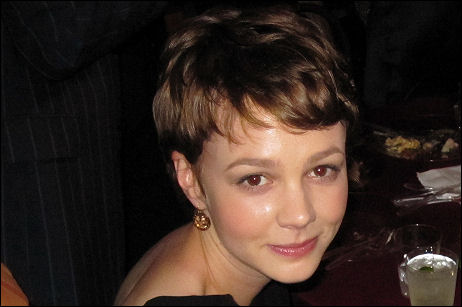 Coming out of the Westwood Village right after Wednesday evening’s premiere screening of Michael Mann‘s Public Enemies, and in fact just as the closing credits had finished and the curtain had come down. A group of Iraq rebellion solidarity demonstrators positioned themselves across the street, and just as I zoomed in the Canon Elph SD 780 IS decided to lose focus. Go figure.

Michael Mann‘s Public Enemies, which premiered last night in Westwood, is glorious and levitational — the most captivating, beautifully composed and freshly conceived gangster movie since Bonnie and Clyde. It’s an art film first, a Mann head-and-heart trip second, a classic machine-gun action pulverizer third, and a conventional popcorn movie fourth. The schmucks will go “meh” and the people who are hip enough to understand what this movie is doing/has done will retire to tens of thousands of nearby cafes and talk it over for at least a couple of hours. 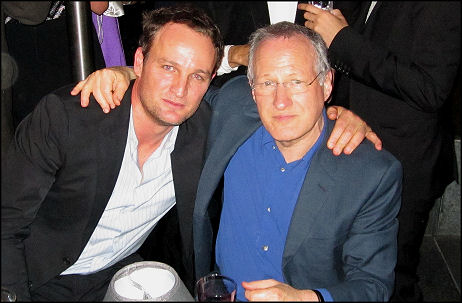 Public Enemies director and cowriter Michael Mann (r.), costar Jason Clarke (l.) at after-party at the Hammer Museum. Compare the eyes, noses, jawlines, foreheads — they could be father and son 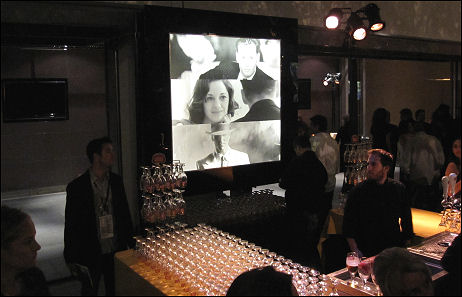 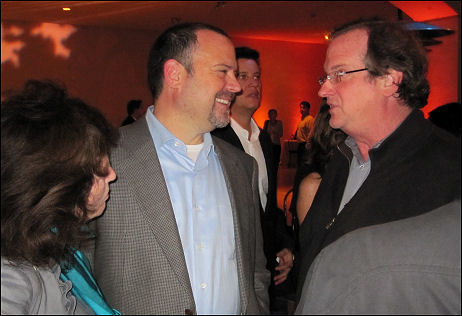 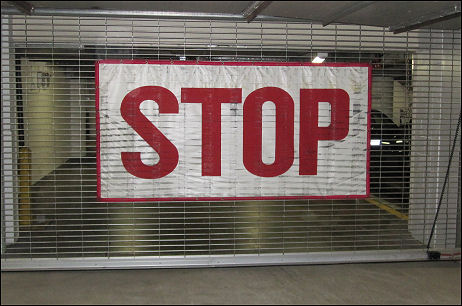 The Public Enemies after-party was perfect — excellent people, great Wolfgang Puck food (mac-and-cheese with lobster) and wonderfully fragrant air coming in from the open rooftop. It’s 2 am and I need to crash. I need to return a car and catch a 10:30 am plane so that’s it. I land in NYC around 7:45 pm — another dead-to-the-world confinement day on a United Airlines jet-slash-bamboo cage.