Time Out‘s Adam Lee, disappointed with Public Enemies, asks if Michael Mann has “lost it.” My not agreeing is neither here nor there. The point is that Lee doesn’t seem to want to allow that directors sometimes go through slumps only to creatively re-charge.

John Huston began an eight- or nine-year slump in the mid ’70s after The Man Who Would Be King, but came back with Under The Volcano (’84) and then Prizzi’s Honor (’85).

Alfred Hitchcock went through a five-year slump after Notorious (’46) but was back in the saddle and slinging the six-shooter in ’51 with Strangers on a Train. Then he slumped again after The Birds (’62). If you ask me he didn’t really and truly bounce back with Frenzy (’72), although a lot of critics said he did.

Martin Scorsese started slumping after Taxi Driver (’76) but came back guns blazing with Raging Bull (’80) and After Hours (’82) and then slumped back again. Then he really kicked into gear with the magnificent The Last Temptation of Christ (’88) and Goodfellas (’90). Then came Scorsese’s whopper-sized, 13-year Cape Fear-to-Aviator slump (’91 to ’04). Then he re-charged and surged back with No Direction Home, The Departed and Shine a Light. Now he’s slumping again.

Steven Spielberg was on fire and could do no wrong between Duel (’71) and Close Encounters of the Third Kind (’77), went off the rails with 1941 (’79), came back with Raiders of the Lost Ark (’81) and E.T. (’82). Then he fell into a nine-year-slump starting with ’84’s Indiana Jones and the Temple of Doom and stayed in it until the double score of Jurassic Park and Schindler’s List in ’93. He slumped again for five years and then sort of came back with Saving Private Ryan (with a great first 30 minutes) in ’98, and then went into another big slump — 11 years and counting.

Three pages of N.Y. Times movie ads are linked below — a group playing in May 1962 and another from October 1955. How many have you seen or even heard of? How many have any kind of must-see rep today? Maybe 10%, if that. The same rule will almost certainly apply 40 or 50 years from now. What films that have opened over the last six to twelve months will be considered essential downloads in 2049 or ’59? 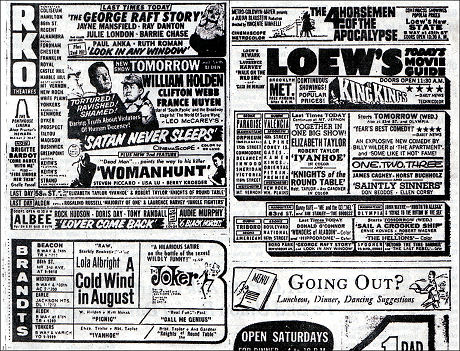 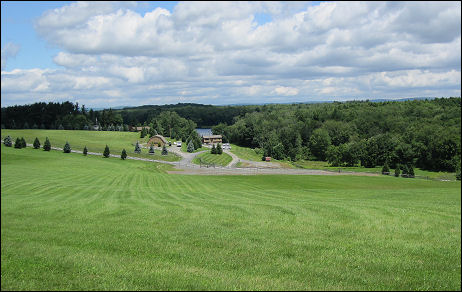 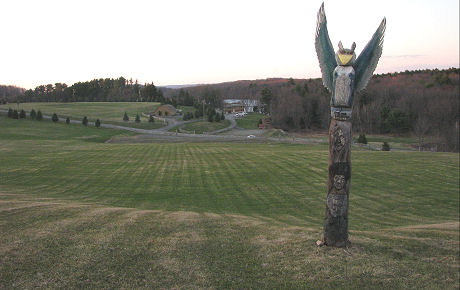 “Sarah Palin‘s ego is as massive as the national debt. If you listen closely to her fractured, typically anti-semantic speech, she’s eschewing the old-school politics that are mainstays of the Republican Party. Perhaps Lady MacBetcha is angling herself for a third party run because, in her mind, the GOP is as much a liability as she actually is.” — from a Los Angeles friend, received this afternoon.

The Walton Motel has a strict no-smoking-in-the-rooms policy. Naturally, one of the two rooms we rented yesterday afternoon reeked of cigarettes. Because the life forms who had rented the room the night before didn’t care to respect the rules. Management had to scrub the walls, shampoo the rugs, etc. 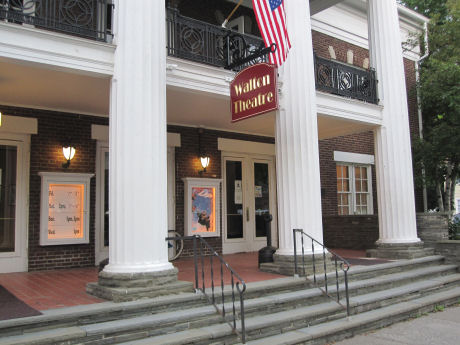 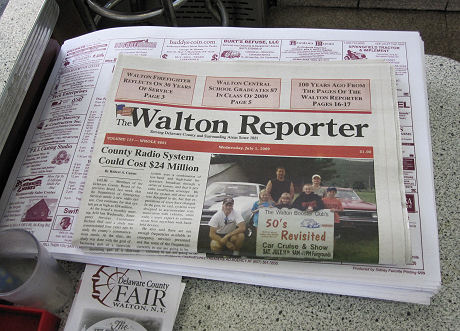 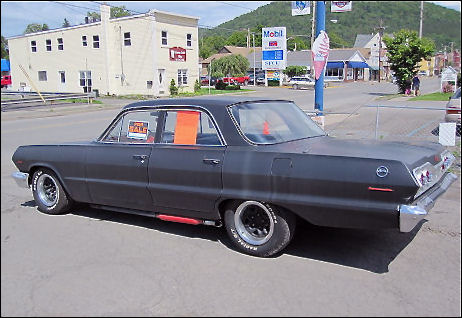 I don’t know when it was exactly that I began to resign myself to the not-quite-good-enough sound systems in most (or certainly many) plexes. I know I’ve come to expect movie sound to not be all that terrific, and to accept the fact that I probably won’t clearly hear certain portions of the dialogue in certain films. I know I’ll never really hear a film the way it was meant to be heard until I watch it on Bluray or DVD at home and can manipulate the sound until it’s exactly right and flowing right into my soul.

There’s a scene in Public Enemies between Johnny Depp and Marion Cotillard that has twice bothered me over the past week. Despite her uncertain accent Cotillard’s lines were fairly discernible, but Depp was brought down by the combination of John Dillinger’s Midwestern drawl (i.e., his conception of it) and the mud-soup sound system in the Leows’ 84th Street (where I caught the all-media screening) and the AMC 34th Street (where I saw it last Thursday night with Jett).

Twice I’ve heard Depp say to Cotillard, “Aughkunuhpallam,” and twice I’ve said to myself “what the…?” I’ve looked through the script and all of Dillinger’s lines are concise and cleanly written. It’s not my hearing — it’s Depp over-muttering with the cornfield accent plus the cheapskates who nickle-and-dimed the sound-system budgets for those theatres.

I tried asking the help to turn up the volume at the AMC 34th Street, and it took about 10 to 12 minutes for (a) the message to be passed down to the manager, (b) for me to return to my seat and realize that they hadn’t turned it up at all, (c) to return downstairs and complain a second time and convey my disappointment in a slightly-more-forceful-but-at-the-same-time-gently-patient tone, and (d) to return to my seat and realize/acknowledge at long last that the sound had improved somewhat.

What got me thinking about aural quality was listening last week to the superb sound in the big downstairs theatre at Manhattan’s Sunshine Cinemas. I wanted to hear how The Hurt Locker sounded before Kathryn Bigelow and Mark Boal dropped by for their q & a appearance, so I went in and caught about 15 minutes’ worth. Pleasure! I was blown away by the sharp trebles and rich bottoms, by the fullness and crackling aliveness of it all. Great sound turns you on and wakes you up to a film.

I was a licensed projectionist in the early ’80s, and worked at a repertory cinema in Norwalk, Connecticut. I would always ignore the suggested sound levels. I would crank up the bass and sharpen the highs until the crowd was fluttering. I remember showing a print of The Big Sleep once and making it almost sound symphonic. Trust me — most theatre managers want the sound as low and muffled as possible in order to save on wear and tear.

What a shame it still is that 90% of the paying audience never hears movies this way. Don’t even talk about the sound systems in backwater theatres in rural New Jersey or Mississippi or wherever. Houses like these aren’t even in the game.

On one hand I hold Howard Zinn‘s descriptions and perceptions of the United States of America in the highest regard. On the other I’ve always been a sucker for the kneejerk patriotism that James Cagney sold like a champ in Yankee Doodle Dandy. And I’ve always wanted to be able to do this dancing-down-a-staircase routine. And every 4th of July I think of Jimi Hendrix. Go figure.

“In resigning from office with 17 months to go in her first term, Sarah Palin has made herself the bull goose loony of the GOP. Her statement was incoherent, bizarre and juvenile. [It] had all the depth and gravitas of a 13-year-old’s review of the Jonas Brothers’ album on Facebook. She even quoted her parents’ refrigerator magnet. She put her son’s name in quotations marks. Why? Who knows. She writes, ‘I promised efficiencies and effectiveness!?’ Was she exclaiming or questioning? I get it: both!” — Paul Begala in a 7.3 HuffPosting called “Sarah Palin Turns Pro.”