Every person who’s ever tried or pretended to write any kind of Hollywood column owes former Variety columnist Army Archerd — a.k.a., the first blogger — big-time. He was a sharp and nimble writer and an astute, careful reporter. Here’s to his life and work, and the love he obviously felt for both.

She: “What’s your total?” He: “That’s very personal.” She: “Oh, please.” He: “We hardly know each other.” She: “C’mon, impress me.” He: “You have no idea.” This clip should be about a minute longer. And I’m really starting to lose patience with video-providing sites that won’t provide embed codes. 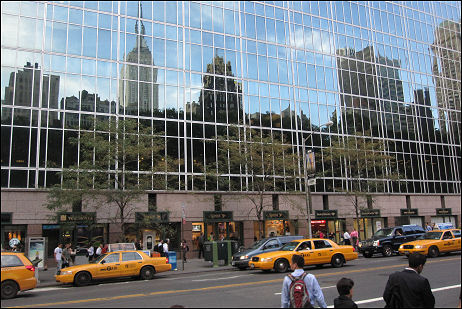 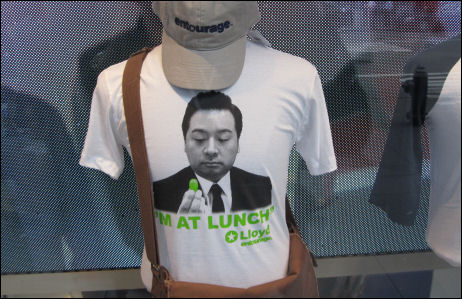 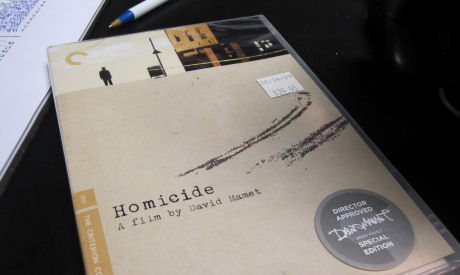 Comfort-wise, the Long Island train from Bethpage to Penn Station is like the Overland stage from Abilene to Dodge City. Unlike other trains in the civilized world, and particularly those in Europe. The train rocks and kicks and bucks. The only thing it doesn’t do is rear up and neigh and defecate. I’ve been trying to write a short story and I’ve just about given up. It’s always something. 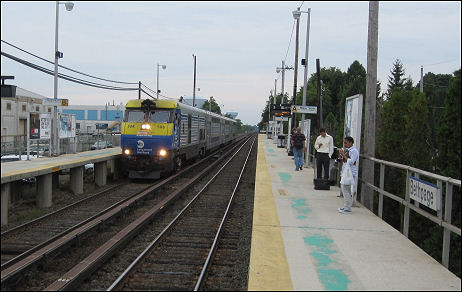 I’m looking at Sean Means‘ list of dead and dismembered film crickets and asking myself if the firings and layoffs have begun to bottom out. Out of the 55 who’ve been laid off, reassigned or otherwise bitten the dust since ’06, 10 have been heave-ho’ed this year. Four in January, one in February, two in March, three in April and one in May. But since then (i.e.,the last four months) it’s been All Quiet on the Western Front.

Which obviously doesn’t really portend anything. For all I know another 10 or 15 will get tossed between now and New Year’s Eve. But a little voice is hinting that perhaps things are settling down a bit. I mean, y’know…maybe.

There were 9 head-choppings in ’06, 13 in ’07, and 20 in ’08. The forces that prompted the dismissals were obviously gaining strength with each succeeding year. At first ’09 looked like a lion with ten bodies falling through the trap door over the first five months. The final tally could have been 25 or 30…who knew? But then came late spring and summer, and it turned into a lamb. It just stopped. Maybe the film cricket job market has been bled to the point that there ain’t no more blood. Hard to say, hard to know.

You need to be guarded when it comes to Variety‘s Derek Elley. I mean, I’ve felt that way ever since his Hurt Locker pan last September. But it’s hard not to be affected by his Venice Film Festival rave of Grant Heslov‘s The Men Who Stare at Goats, which he’s calling “a “superbly written loony-tunes satire, played by a tony cast at the top of its game.

“Recalling many similar pics, from Dr. Strangelove to Three Kings and the screwy so-insane-it-could-be-true illogic of Catch-22, this is upscale liberal movie-making with a populist touch, in Coen brothers style. He’s also called it “a serendipitous marriage of talent in which all hearts seem to beat as one.”

I’m tapping this out on my iPhone from a combination magazine, ice cream and pizza store in a subterranean corner of Penn Station, but Elley also predicts that “an enthusiastic welcome at Venice is likely to be echoed at Toronto, should translate into friendly biz Stateside in November.”

Tim Arango‘s 9.8 N.Y. Times story about Oliver Stone beginning work on Wall Street 2 is a bit of a nod and a gloss-over. The return of excess, return of Gordon Gekko (Michael Douglas ), Shia Lebeouf blah blah. The ethos of Stone’s original 1987 film having been celebrated and embraced. I’ve heard all this and then some.

As N.Y. Times A.O. Scott said in a video essay a few months ago, “While Wall Street was intended as a cautionary tale, it has since turned into — i.e., become regarded as — one of the most enjoyable and effective advertisements for capitalism ever made.”

Stone to Arango: “I can’t tell you how many young people have come up to me in these years and said, ‘I went to Wall Street because of that movie.” Which echo, of course, Douglas telling Michael Cieiply in a May 2007 piece that “he wouldn’t mind if he never had ‘one more drunken Wall Street broker come up to me and say, ‘You’re the man!’

A couple of years ago I wondered if Wall Street 2/Money Never Sleeps was going to be something different or familiar.

The familiar, I wrote, “would be another tale about a twentysomething money-hungry guy (a) gaining entry to the world of high finance, (b) learning the ropes, making big bucks and getting a little drunk on the juice of it all, and (c) eventually going too far, getting busted and crashing into a hole of shame and disrepute.

“Shia is a young Wall Street trader who’s engaged to be married to Gekko’s estranged daughter. Shia wants to be a major player, but his mentor unexpectedly kills himself, and Shia thinks a stock-shorting worldwide hedge fund manager is responsible. Shia seeks revenge on this villain, to be played by No Country For Old Men Supporting Actor Oscar-winner Javier Bardem.

“So Shia goes to Gordon saying, ‘I need your help’, and makes a Faustian deal with Gekko who in return wants Shia’s help getting back with the daughter (Carey Mulligan). From then on, it’s ‘antagonism’ for everyone.”

A lot of cleaning up, running around, packing, grocery-buying and this-and-thatting before tomorrow morning’s flight to Toronto. Six to seven hours left in the work day, and maybe nine or ten hours worth of errands to get to before it ends. And then a wake-up at 4:45 am. “I’ve always found life…demanding.” — George C. Scott in Paddy Chayefsky‘s The Hospital.