Support on Patreon Follow @wellshwood
191 Comments
Best of the Decade

We’re coming to the end of the first decade of the 21st Century. I’m going to post a list of…oh, 25 films, I suppose, that I consider the best among the last ten years. I could tap out a list of the best 100 without breaking a sweat, but we may as well be tough about this. There are two ways to assemble such a list. One is to deliberately exclude excellent films that were commercially popular, and the other, obviously, is to only choose films that were great but which the mob ignored. I may make a list of both kinds. In any case, I’m asking for lists from the readership as a way of starting the process.

This account of a guy having some kind of seizure during a recent New York Film Festival screening of Lars von Trier‘s Antichrist is another in a long line of of overly susceptible “weak sister” reactions to disturbing films. Among adults, I mean. We’re all impacted big-time by heavy films in early youth, but then you get older and begin to figure how things work and how to take films in stride.

There were similar reactions to screenings of Alfred Hitchcock‘s Psycho in 1960 and to William Friedkin‘s The Exorcist in ’72. I remember sitting close to a revolting girlyman during a repertory screening of Roman Polanski ‘s Macbeth back in the ’80s, and how he couldn’t stop flinching, twitching and groaning during the violent scenes. A woman threw up at a screening of the second Bourne film (the one Paul Greengrass directed) that I attended. It happens.

The only thing wrong with this analogy is that Antichrist doesn’t come close to being in the same pulverizing realm as Psycho, The Exorcist and the last act of Macbeth.

Have any serious film hounds ever had physically convulsive reactions to any films? I never have but maybe it’s more common than I realize. I’m asking.

The key phrase in Michael Fleming‘s report about Michael Mann‘s next film, a period war romance based on Susana Fortes‘ “Waiting for Robert Capa,” says that Mann “intends to make a gritty, low-budget film.” In other words, I’m surmising, Columbia has told him “yes for but for a price.” I think that creatively this will prove an excellent thing. Good filmmakers are always inspired by financial limitations.

It’s also interesting that there are strong similarities between the story, largely set during the Spanish Civil War of the 1930s and dealing with a hot-and-heavy affair between war photographers Robert Capa and Gerda Taro, and Ernest Hemingway‘s For Whom The Bell Tolls. Mann wanted to make an adaptation of the classic novel a couple of years ago with Leonardo DiCaprio in the Gary Cooper role.

Every time a plane I’m on slowly glides downward and eventually lands, I find myself slipping into a mood of calm and acceptance. Or do I mean relief? Always a pleasant moment, in any case. I’ve posted this, in part, because was taken by the inability of the high-def video to “see” the propeller blades the way they actually look to the eye. For what it’s worth, this is the conclusion of yesterday’s prop-hop from Shreveport to Dallas/Forth Worth.

I was given ten minutes of Carey Mulligan time late this morning. Three minutes of standing around and chit-chatting with her publicist and seven minutes of actual taping time. I don’t want her playing girlfriends any more. She needs to be the star of the next few films, and it would be nice if she could speak with her natural British accent every so often.

Well, Sharon’s Waxman‘s 9.29 Wrap report about the coming dismissals of Universal co-chairmen David Linde and Marc Schmuger was right. They’ve been whacked, all right, with Universal marketing chief Adam Fogelson and production president Donna Langley taking their place with the same titles. Sorry about Linde and Schmuger’s fate. They had good taste, made good films and did Universal proud in one other teeny-weeny respect — their time at the helm resulted in the studio’s two most profitable years, according to studio chief Ron Meyer.

I have an 11:45 am one-on-one with An Education star Carey Mulligan, and then the N.Y. premiere this evening followed by an after-event. And a lot more in-between. No more filings until mid-afternoon.

This is one of the oldest cliches in the book, but my Shreveport experience last weekend reminded me once again that rural Southerners — maybe I’m talking about Southerners of all shapes and sizes — seem to generally be warmer, friendlier, easier-going people than blue-state urbans. More personable, kindlier, more ready to chat…nicer. I met some really serene people down there, and…well, that’s it. The only problem is that a good number of them are Republicans. 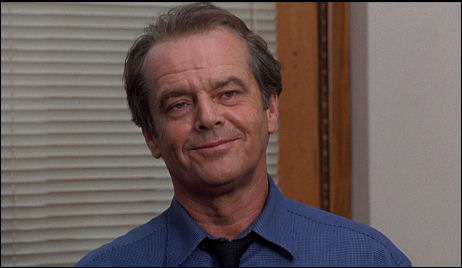 A friend told me I can’t post this because the pitchforkers will kill me, but the fact is that many European governments and cultures have more liberal standards about the age of consent than this country. I personally feel that 18 or thereabouts is the right age, but the facts are the facts. I’m only mentioning it because it provides a context by which an adult European-born male might have a different mindset about this than a U.S.-born male. Not an excuse for anything or anyone, but simply a basis for looking at you-know-what from a different perspective. Three, two, one…

Last February I posted a piece about Tachen’s coffee-table book about Stanley Kubrick‘s Napoleon, which was expected at the time to be in stores within four months. That didn’t happen, but it apparently was issued on 9.1.09. Only 1000 copies at $560 bucks a pop on Amazon. I’d love to have two or three hours to sift through it. (All 2874 pages worth.) Has anyone had the pleasure?

I do wonder how sales are given that (a) splurge purchases of this sort are the first thing to go in a recession economy, and (b) reading the free online script (dated 9.29.69) and using a little imagination (i.e., imagining John Alcott‘s Barry Lyndon-like photography being applied) gives you a fairly full immersion into what the film might have been.

By today’s standards, a project like Kubrick’s Napoleon — a film that, had it been made, almost certainly would have been some kind of timeless, splendidly detailed deep-dish experience — exudes an almost antiquated 20th Century vibe. It would almost certainly never be considered in our post-Napoleon Dynamite era, and of course it didn’t even make the cut by the commercial standards of the late ’60s and early ’70s. Here’s a nine-year-old Salon article about the project.

GIRL: The weather is terrible, isn’t it, sir?

NAPOLEON: Yes, it is. It must be one of the worst nights we have had this winter.

NAPOLEON: You must be chilled to the bone, standing out of doors like this.

NAPOLEON: Then what brings you out on such a night?

GIRL: Well, one must do something to live, you know — and I have an elderly mother who depends on me.

NAPOLEON: Oh, I see… That must be a great burden.

GIRL: One must take life as it comes. Do you live in Lyon, sir?

NAPOLEON: No, I’m only here on leave. My regiment is at Valence.

GIRL: Are you staying with a friend, sir?

NAPOLEON: No… I have a… room… at the Hotel de Perrin.

GIRL: Is it a nice warm room, sir?

NAPOLEON: Well, it must be a good deal warmer than it is here on the street.

GIRL: Would you like to take me there, so that we can get warm, sir?

NAPOLEON: Uhhn…yes, of course. If you would like to go there. But I have very little money.

GIRL: Do you have three francs, sir?