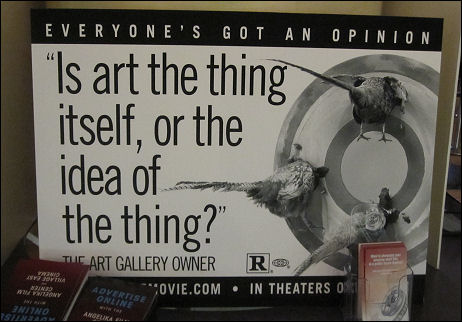 This teaser slogan for Jonathan Parker’s (Untitled) is straight out of Tom Wolfe’s “The Painted Word,” to wit: “Not ‘seeing is believing,’ you ninny, but ‘believing is seeing,’ for Modern Art has become completely literary: the paintings and other works exist only to illustrate the text.” 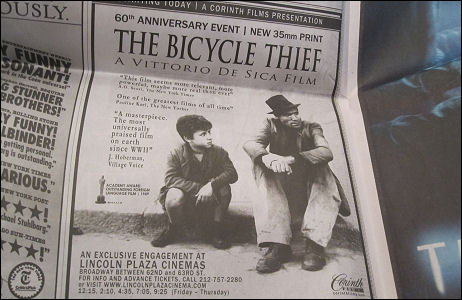 I love that Corinth Fillns believes enough in people’s interest in seeing a 61-year-old Vittorio DeSica classic in a modern-day movie theatre that will hit them up for $12 bucks plus popcorn and drinks. Seriously — I really love this. This is basically New York City in a nutshell. You wouldn’t see this ad in the Orlando Sentinel (or whatever the paper is called down there). 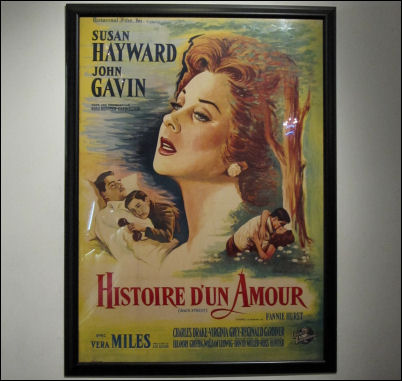 MCN’s Gurus of Gold, finally up and running, have Up In The Air in the top Best Picture prediction slot, fine, followed by Precious and The Hurt Locker. Wait…they have A Serious Man in tenth place following the unseen Invictus, Nine and The Lovely Bones, and one slot behind Inglourious Basterds? Am I reading this correctly? Jokey-dokey, baseball-bat-and-gloppy-brain-matter Basterds — a movie costarring the perpetually smug-faced Eli Roth — is a hotter Best Picture contender than A Serious Friggin’ Man?

Calling on the ghosts of Ernst Lubitsch, Billy Wilder, Douglas Sirk, Andrei Tarkovsky and Fritz Lang to walk the earth, visit certain Gurus in their homes at 3 am and straighten their asses out.

Among the Gurus predicting that Serious won’t make the List of Ten are USA Today‘s Anthony Breznican and Suzie Woz (do they talk to each other?), the Toronto Star‘s Peter Howell, EW‘s Dave Karger (Dave!) and L.A. Times guy Mark Olsen. The 11.4 chart says the hardcore Serious-o’s include Indiewire‘s Anne Thompson, Awards Daily‘s Sasha Stone, Indiewire‘s Eugene Hernandez, The Wrap‘s Steve Pond, In Contention‘s Kris Tapley (who only gave it a 10) and Greg Ellwood.

The L.A. Times/Envelope Buzzmeter will be up and running early next week.

I was amused at how chief N.Y. Times critics Tony Scott and Manohla Dargis gave the task of reviewing Chris Smith‘s Collapse (which opens today in Manhattan) not to second-stringer Stephen Holden but third-stringer Jeanette Catsoulis. It’s only the scariest and most riveting doc of the year — a theoretical portrait of the world’s end that will suck the air out of whatever room you happen to be sitting in. (Last week I called it “the thinking man’s 2012“).

Catsoulis is, of course, an excellent writer. But woe to the film looking for full-out Times consideration that gets reviewed by her, however smartly or perceptively. A Catsoulis review is a kiss of death. A black spot handed to a film distributor by Ben Gun or Long John Silver. By giving Collapse to Catsoulis, Scott-Dargis have essentially said to Times readers, “This is a fringe doc…an in-and-outer that mainstream audiences should perhaps ignore…not fully deserving of our attention.” In other words they read it wrong.

22 Comments
“This Is The Case”

Sidney Lumet‘s The Verdict turns on a bullshit premise– an attorney can’t refuse a reasonable cash settlement if that’s what his/her client is looking to get — but I love it anyway for the following reasons:

In no particular order: (a) the Boston-Irish flavorings, (b) Jack Warden, (c) that straight-whiskey, pinball-machine opening, (d) Edward Binns, (e) James Mason‘s face when he realizes his case has just collapsed in the face of Caitlin Costello Price’s testimony, (f) Charlotte Rampling, and (g) those portions of Paul Newman‘s performance that don’t overplay the suffering and sanctimony. (Example: when he tells that dirty Irish joke to a bunch of rummies.)

Richard Kelly‘s The Box, which opens today, was shooting in the Boston area two years ago; that in itself should tell you it has problems. The failing-grade RT reviews (44% hoi-polloi, 25% creme de la creme) are another. It’s Friday morning and the film is all but dead in the water — let’s face it. WB marketers knew it was a ruptured duck ages ago; that’s one reason why they took so long to open it.

So why did Media Rights Capital agree to fund the film after reading Kelly’s script? They had to know he’s not McG or Michael Bay, that his rep is that of a fringe-type guy who caught a wave off the video sales of Donnie Darko, and that he tends to make trippy head-bender flicks with labrynthian, multi-layered plots — any film geek could have told them that.

So there was no way he was going to make a quietly creepy, less-is-more, Ingmar Bergmanesque thriller out of the simple 1970 Richard Matheson short story that later became a Twilight Zone episode in the mid ’80s. (Which is what I would have preferred.) They had to know Kelly would take the story into the outer stratosphere. They also had to know that no matter what they may say in production meetings, brainy cult directors don’t make films for the Eloi.

The main problem, to go by just about every review, is that Kelly took a simple premise (if you could get rich by pushing a button that will cause a total stranger’s death, would you push it?) and loaded it down with waay too many oddball tangents and byzantine plot elements and metaphorical layers. In other words, he did exactly what any semi-aware, semi-comatose Media Rights Capital execs could have easily predicted would have happened when the project was green-lighted in early ’07.

I love Kelly’s stuff myself but he’s not “box office” — even his friends agree he’s not that. He’s off on his own beam. The problem with Kelly isn’t what he writes or directs; it’s the fact that the budgets for his films so far haven’t been set as realistically proportionate. 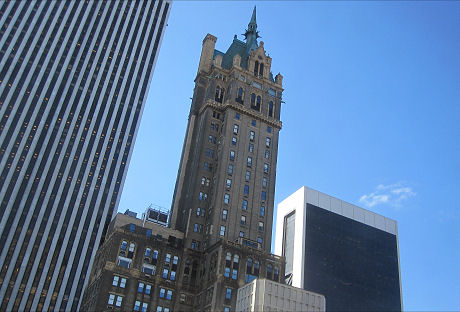 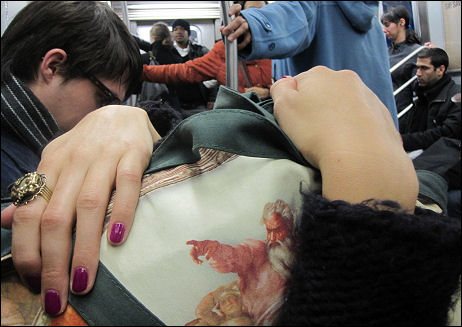 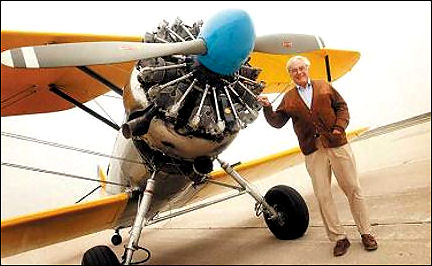 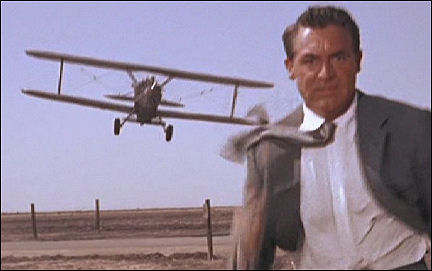 Robert Zemeckis‘s A Christmas Carol “turns a 19th-century morality tale into a 21st-century funhouse ride, replete with digital greasepaint and 3-D gaping,” says the Toronto Star‘s Peter Howell. “Look past all the techno tinsel, and the uplift is the same as always. You might even enjoy the 3-D faux snow landing in your lap.

“The bad news is that all this glitter is not gold. This is the third film by Zemeckis using motion-capture technology, the others being The Polar Express and Beowulf, and he has yet to prove the worth of a dubious hybrid that is not quite live action and not quite animation.

“Indeed, with A Christmas Carol he comes closest to disproving his own strenuous arguments in favor of the process, and 3-D only serves to further gild the lily. He’s taken an immortal story and an A-list cast – including Jim Carrey, Colin Firth and Gary Oldman – and nearly smothered them with the digital equivalent of cellophane.

“It’s like taking a Christmas wreath and dipping it in wax or laminating a Christmas card in plastic. Zemeckis risks creating another Yule ghoul: the Ghost of Christmas Without Soul.”

I mean, if you can’t stand up and salute an actor like Holbrook, 84 and going strong and delivering perhaps the most emotional and pugnacious and flavorful performance of his long screen career, who can or should you nominate? He was Oscar-nominated last year for his moving supporting performance in Into The Wild; there’s clearly more where that came from.

Teems’ script enhances considerably by pruning Holbrook’s dialogue, that of a flinty old cuss named Abner Meecham, down to the bare essentials. Everything Holbrook says is a variation on a basic theme, to wit: “I’m an old man and I haven’t much time left. This house and property are mine and my memories haunt it, and this is where I want to live until such time that my body gives out and my life ends. Because it’s my right, dammit, and because a man is entitled to end his life the way he sees fit.”

Teems’ screenplay doesn’t mince words or beat around the bush. And it’s a pleasure to watch Holbrook trigger Meecham in an agreeably tough way, playing a tenacious old coot who’s never less than honest or sensible or clear-headed with other characters, or with the audience for that matter. So yeah, I’ve fallen in line with the rest of the crowd, I’m afraid. That Evening Sun is a fulfilling low-key pleasure, and Holbrook rules.

I caught it last night at a Talking Movies screening at Florence Gould Hall at 55 East 59th Street. Jeffrey Lyons and Roberta Burrows introduced and then co-hosted a post-screening interview with Holbrook, Teems and costar Ray McKinnon. The above video is worth listening to for a passage in which Holbrook explains that his late father in law (i.e., the dad of his wife Dixie Carter) is/was pretty much the inspiration for the Meecham character.

I also loved a line about acting that Sidney Lumet passed along to Holbrook during the filming of The Group, to wit: “Audiences can read an actor’s mind.”

Holbrook will attened an early-evening public screening tonight of That Evening Sun at Cinema 1. He will also submit to another q & a.