Okay, yes — it’s slightly more dismissive for Couples Retreat costars Faizon Love and Kali Hawk to be completely zotzed out of the British one-sheet as opposed to being reduced to the really small guys in the rear (i.e., whom no one outside of friends, family and management could possibly notice or care about) in the U.S. version. From an art direction standpoint, the British poster is obviously less crowded and more pleasing to the eye. 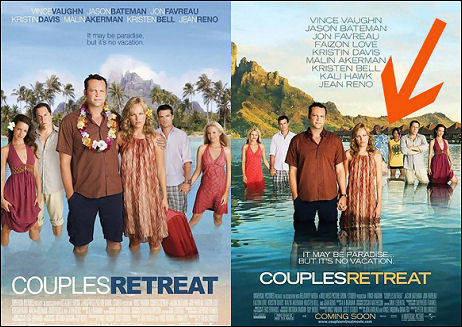 Universal has reportedly apologized to any and all offended parties and has pledged to not use the revised poster in other countries A Universal spokesman said the revised advert aimed ‘to simplify the poster to actors who are most recognizable in international markets.'” 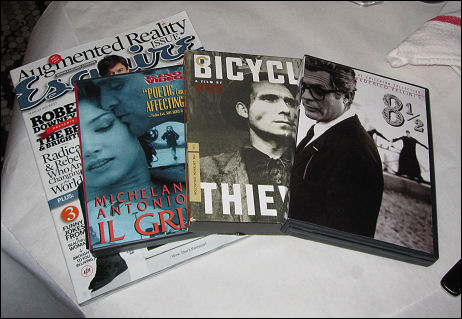 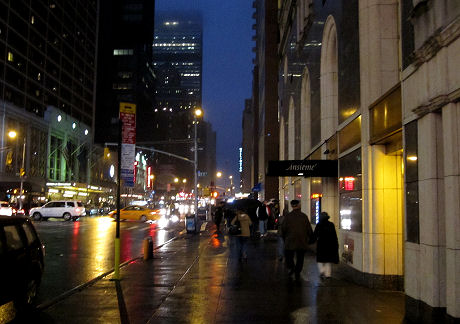 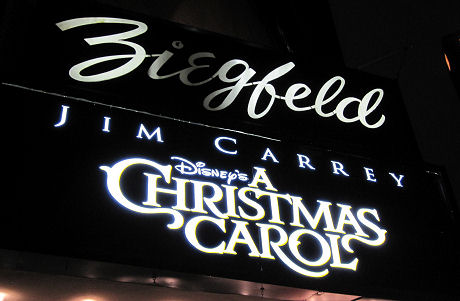 Here’s a video clip of Gordon Willis accepting his Life Achievement Award at last night’s 2009 Governor’s Awards in Hollywood. And here’s a Scene Unseen podcast interview with Willis from June 2007. And here’s a chat I had with Willis about a year ago regarding Robert Harris‘s Godfather restoration.

Here also are Caleb Deschanel‘s remarks about Willis during the afore-mentioned ceremony. (I’m not likely to ever forget the term “dumptruck directors.”) The full Scene/Unseen interview is accessible here.

I was in a mood for Italian cinema after last night’s showing of Rob Marshall‘s Nine (which of course is primarily based on Federico Fellini‘s 8 1/2) so I went up to the Lincoln Plaza cinemas to catch Vittorio DeSica‘s The Bicycle Thief (1948). I assumed I’d be seeing it in pristine form, based on a claim by the distributor, Corinth Films, that a new print was being shown. I should have also figured on the projection and sound standards at the theatre, of course. 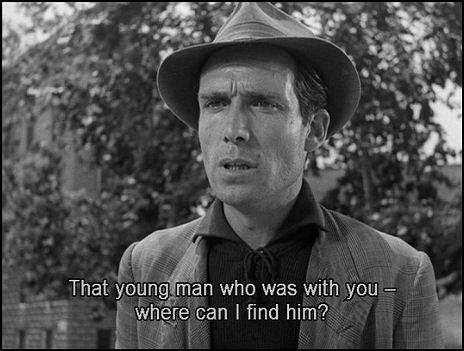 The fact is that the Lincoln Plaza’s presentation of this beautiful film is a rip — an insult to anyone who understands that old classics don’t have to look in any way compromised or underwhelming any more. Or sound murky. DVD and Blu-ray technology has totally transformed our common old-movie viewing standards. Last night’s Bicycle Thief experience was like watching a movie at the rundown Bleecker Street Cinema again — pallid-looking print (no scratches but grayish murky tones, no decent blacks), moderately squawky sound, and a way-too-small screen.

My first thought when I walked into the LP’s tunnel-like shoebox theatre and saw this economy-sized image playing on the far wall was “Oh, no!” The screen was bigger than any plasma or LCD I’ve seen in a Best Buy, but nowhere near large enough for a proper theatre-viewing experience with 30 or 35 people watching. Movie screens have to be a certain height and width in proportion to the seating area or you feel ripped off. On top of which the image has to be projected at SMPTE-recommended foot-lambert levels and the sound has to be strong, sharp, bassy and clear. None of these conditions were part of my Bicycle Thief experience last night, and all I can say is “never again.”

I should have gone down to Kim’s Video and bought the Criterion Collection DVD version and watched it on my 42-inch plasma instead.

I stuck my head into another LP shoebox playing An Education and thought, “Oh, my God!” Another bedsheet-sized screen, soft-focus image, sound that was far too muffled, etc. If I had seen Lone Scherfig‘s film under these conditions for the first and only time it would have been quite possible to be under-impressed. 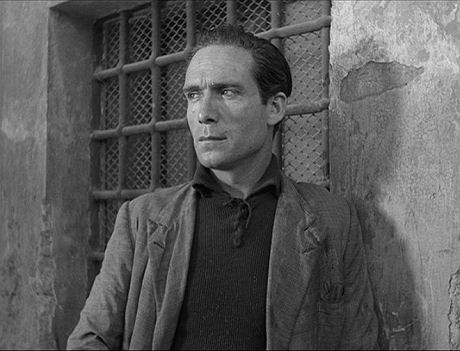 Before last night I had only seen The Bicycle Thief once. I can’t remember if it was at the Bleecker in the late ’70s or on VHS during the mid ’80s, but I know it wasn’t great looking. So I still haven’t seen it in any kind of decent form.

Sidenote: DeSica’s 1948 classic should always, always be called The Bicycle Thief and not The Bicycle Thieves. I don’t care if DeSica favored the plural. The point is that the singular title is either (a) ambiguous or (b) presses the viewer to decide which character — Lamberto Maggiorani‘s desperate-for-work father or the guy who’s stolen his bicycle — is the one referred to by the title. (I’ve always thought the singular reference to Thief referred to Magiorrani, although it would be perfectly fine for someone to presume it refers to the the other guy.) One could just as easily shift between the two and never finally decide. The term “thieves’ is, for me, way too literal-minded.

All kidding aside, the slogan — “the harder the life, the sweeter the song” — isn’t half bad. There’s a vein of truth in that. Unless, of course, your definition of a hard life is one poisoned by constant slurps of bourbon and 40 to 50 cigarettes daily, which isn’t so much a “hard” life as much as a slow, drawn-out attempt to extinguish life altogether while making difficult if not miserable the lives of family and friends. 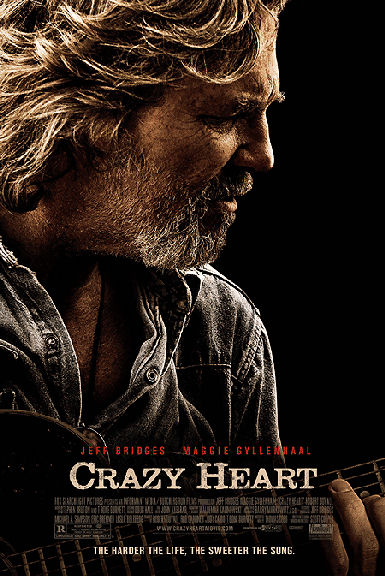 As the son of an emotionally curt, often grumpy alcoholic for my first 28 or 29 years of life, I have a certain understanding.