Support on Patreon Follow @wellshwood
10 Comments
Each Dawn I Die 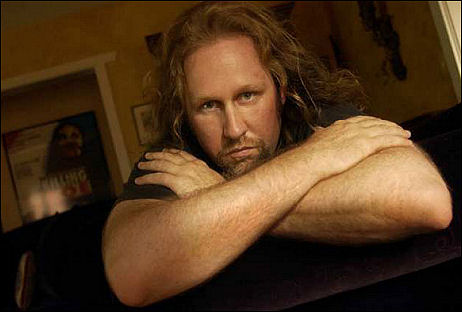 L.A. Times technology columnist Mark Milian has finally posted about Roger Avary‘s tweets from the Ventura County jail, which everyone who knows or is plugged into anything has been talking about for the last week or two.

“As is often the case with Twitter, screenwriter Roger Avary recently tweeted about what he had for lunch. It was soy, which, an acquaintance told him, contains a dangerous substance intended to shrink their genitals and reduce their sex drives.

“Avary, who won an Oscar for writing the Pulp Fiction screenplay, appears to be sending updates to Twitter from the big house. He received a jail sentence in September after pleading guilty to vehicular manslaughter following a fatal crash last year.

“We can’t confirm that the Twitter account, @avary, actually belongs to Avary. But a second account, @rogeravary, points to the companion profile and contains photos of sci-fi author Neil Gaiman and the Dresden Dolls’ Amanda Palmer.

“Gaiman’s Twitter profile and @FoxSearchlight are among @avary’s 9,538 followers. Gaiman recently sent a tweet that read, ‘My friend @AVARY is tweeting from the inside. It’s riveting, horrible strange. Jail in 140 character lumps.’

“The Avary tweets are truly intense. On Saturday, he reported the facility being locked down due to an inmate sneaking in heroin. On Sunday, he said a ‘sickness’ has been spreading throughout the compound, which ‘#34’ (what he has been calling himself since being locked up) is ‘helpless to avoid.'” (Again from Leiber and Stoller: “Number 34 said to number 3, ‘You da cutest jailbird I ever did see.'”)

“All of Avary’s tweets have come between 8 a.m. and 5 p.m. Some on Twitter believe he has regular computer access. The majority of his messages were sent via a Web browser, but a couple came through Twitterrific, an application for the Mac and iPhone — it’s unclear which device he’s using.

“The U.S. Senate has been looking into passing a nationwide ban on cellphones in prison using service jammers.”

The idea behind Charity Buzz.com, as you might imagine, is to cough up a little something for your favorite cause. It’s good for the soul if you can afford to give (and I realize this is a rough time for a lot of people). Plus “this is the time of year when want is felt most deeply,” as Charles Dickens once wrote. In any event I’m passing along an opportunity to have dinner with the great Eva Marie Saint. If you win out the money will go to Children’s Neurobiological Solutions Foundation. 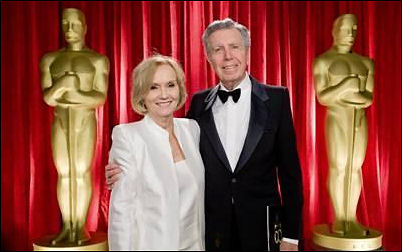 The problem is that it’s a package deal — dinner not just with Ms. Saint but also her husband, director-producer Jeffrey Hayden. I need to put this delicately but…well, three’s a crowd. If I were in Jeff’s position I’m sure I’d understand completely. If I were bidding I’d want to settle down with Ms. Saint and charm her into dishing the dirt about her 1950s and ’60s costars — the dirt that she refuses to get within 50 feet of in interviews (like this one with Kim Morgan).

To assess the Precious backlash among discerning African Americans, N.Y. Times writer Felicia R. Lee bends over backwards so far that she does the Linda Blair spider-walk from The Exorcist. “Dozens of black people were interviewed about their perspectives on Precious,” she writes, but she only quotes eight, and there’s only one Precious hater among them — N.Y. Press critic and N.Y. Film Critics Circle chairman Armond White.

One other guy, novelist, former newspaper reporter and Emory University instructor Nathan McCall, takes a mild swipe at Precious director Lee Daniels for indulging in stereotypes by having made “light-complexioned actors the good guys” and “showing Precious eating a bucket of chicken.”

And there’s some dispassionate analysis from Mark Anthony Neal, a professor who teaches black popular culture at Duke University. “People are suspicious of narratives that don’t put us in the best light,” Neal says, adding that the roots of that suspicion “can be found in a long history of negative images in popular culture that helped keep black people in their place by reinforcing the notion of their inferiority,” as Lee paraphrases.

But the other five are admirers of the film, and two of these are vested — Sapphire, the author of Push, which the film is based upon, and Lionsgate film division president Joe Drake.

You can call this a fair and balanced approach to a thorny cultural issue, or you can imagine a conversation between Lee and her N.Y. Times editor in which the latter says, “Okay, this is an interesting debate but let’s be careful not to imply in any way that we’re siding with the neg-heads. Precious is seen as a big cultural score by many voices in the African American community, starting with Oprah Winfrey and Tyler Perry, so let’s not over-represent the haters. In fact, let’s just quote Armond White for that viewpoint and then quote six or seven others who will tamper things up and take the edge off. That way we’re covered.”

Richard Linklater‘s Me and Orson Welles (Freestyle, 11.25) is an appealing, decently assembled, light-hearted period…drama? There’s something a little sluggish-sounding about that term that doesn’t quite fit the film’s spirit, and “dramedy” isn’t right either. I guess “coming of age story” works. MAOW only goes so deep but that’s okay for the most part. It’s a pat and tidy effort (i.e., nothing terribly jazzy or unruly in its veins) but with a wound-up, young man’s personality. Agreeably so. The actors and actresses hit their marks, say their lines and do their utmost to be vivid or colorful. 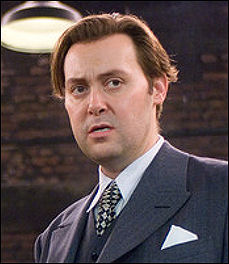 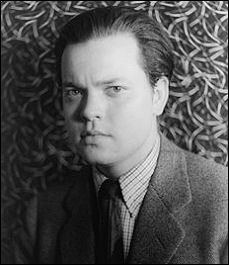 Christian McKay, 34 or 35 during filming of Richard Linklater’s Me and Orson Welles, which had its first showing at the 2008 Toronto Film Festival; Orson Welles at age 22 in 1937, when the film’s story (about Welles’ fascist Italy-flavored production of Julius Casar on Broadway) takes place.

Zac Efron isn’t half bad as a young buck who lands a role in Welles’ 1937 production of Julius Ceasar and experiences the usual wake-ups. He gets hired, inspired, mind-fucked, toyed with, responds like a high-school kid and ends up getting emotionally screwed over as he learns about the exhilarations of acting in a groundbreaking New York stage show as well as the deceit, insincerity, lying, game-playing and two-faced manipulations that go with the territory.

Holly Gent Palmo‘s screenplay, based on Robert Kaplow’s book, takes place 72 friggin’ years ago so it naturally feels…well, not old-fashioned but, you know, “steeped in the atmosphere of a bygone era” and all that. There’s something in the mood and pace of Linklater’s film that suggests it could have easily been performed on live TV for Playhouse 90 back in the ’50s.

And tonally this feels right. Linklater knew what he was doing and shot it the right way with the right flavor and whatnot. He time-tripped back to the world of 1937 and made this piece come alive as best he could, and kudos for that. Even though he must have known from the get-go that Me and Orson Welles would almost certainly be a dead box-office duck.

This period parlor-drama quality is one reason why it took so long to get a theatrical deal after MAOW played at the 2008 Toronto Film Festival.

It’s about as far as you can get from a run-of-the-mill Eloi movie, despite the good looking (okay, cute), professionally focused and well-behaved Efron — a female Eloi favorite for his Hairspray and High School Musical roles — playing the lead part of Richard Samuels, who’s supposed to be 17. 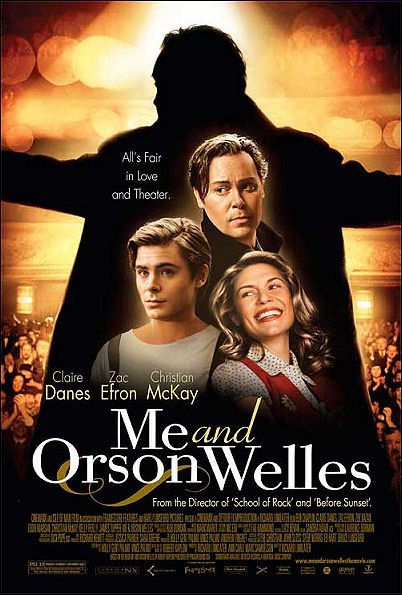 The problem is that in this setting/context Efron means absolutely nothing commercially. You could assemble a group of 100 squealing Eloi girls and tell them they have to watch Efron in this new Orson Welles film that starts in 45 minutes or they’ll all be hunted down the next day and machine-gunned to death in their homes, and 10 or 15 of them might buy tickets. Maybe.

But Me and Orson Welles is absolutely worth seeing for Christian McKay‘s thunderbolt performance as the 22 year-old Welles — a tempestuous headstrong genius in his hormonal-visionary cups. Vincent Donofrio was a fine Welles in Ed Wood (although someone else voiced the dialogue) and Liev Schreiber delivered a reasonably full-bodied Welles in RKO 281, but McKay — 34 or 35 when the film was shot, and looking like he could be 28 or 29 — is the madman. He’s the standard-bearer and the king of the hill, the guy to beat the next time somebody plays Welles.

(I’m not counting Jeff Bridges‘ Crazy Heart performance, which has nothing at all to do with Welles — zip! — but which captures the go-for-broke dessication of Welles’ Touch of Evil performance.)

I was a little bit shocked to realize earlier today that Linklater will be 50 next year. The guy who made Slacker is about to sprint through the fastest ten years of his life (when you’re 50-plus a decade takes about four or five years to unfold) before he hits 60 and then 65 and then 70? God, the pace of life really has a way of sneaking up on you from time to time.

Last night’s 60 Minutes piece on James Cameron and Avatar was a wafer-thin blow job. Not a sentence or phrase, even, in the entire thing about fan reactions to the trailer, to Avatar Day, etc. Not the slightest hint of Captain-Planet-with-Cats skepticism. Not the faintest suggestion that transcendent stories and themes are what connect with audiences, and not cutting-edge technology.

If a movie has genuine soul and emotionalism it exudes a palpable moisture, and generally speaking audiences like to get soaked, or at least pretty damp.

The key Avatar question of the moment is whether or not the whole two hour and 30 minute feature (as opposed to 16- or 24-minute product reels that have been shown so far) will run a blitzkreig over the Delgo or Ferngully: The Last Rainforest impressions that were planted last summer. Which…you know, is certainly possible. I’d feel a lot better about this thing if it weren’t for those awful cougar noses on the Na’vi.

That’s 150 minutes without credits, by the way.