Arrived at LaGuardia this evening around 9:30 pm, took the M60 to 125th and Lexington, and then the 4 train down to Union Square, the L train into Brooklyn, etc. It’s Chicago cold out there. The temperature is in the mid teens, but it feels like zero. There’s something about travel that just drains your writing energy.

This is four months old, but it’s still pleasing to note that others have used the term “water buffalo” to refer to grotesque, low-rent, self-absorbed moviegoers who interrupt your concentration during a film by talking and/or eating in a loud or rank way. (The term “wildebeest” also applies.) 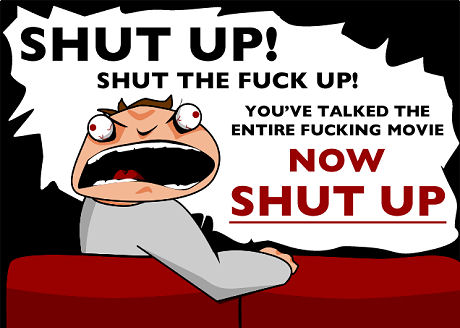 I’ve seen Martin Scorsese‘s Shutter Island (Paramount, 2.10) and am holding my water. But the latest tracking is looking really good for it. Three weeks from opening and it has almost 40% definite interest in all four quadrants. This should translate into $30 to $35 million on opening weekend. Not everyone is going to like or love it, I’m guessing, but 40% DI in all four groups hasn’t been seen since…what, Sherlock Holmes?

This triggered a recollection of a true story that happened to an old high-school friend — let’s call him Gerry — during his first or second year of college.

I forget what university town this happened in, but Gerry was enjoying a back-door romance with a young wife of a blue-collar guy. He was in bed with her in the middle of a weekday, presumably because daylight hours were safe and private for the wife, when all of a sudden they heard the husband’s truck pull up or maybe the front door opening. Something sudden, no time to think. The buck-naked Gerry quickly leapt up, threw his clothes under the bed and ducked into the closet.

The wife didn’t have time to do anything. The husband walked into the bedroom and found her pretending to be sleeping or just waking up. The guy became aroused by her bedsheet nudity and started making some playful moves. The wife, obviously anxious if not freaked, reciprocated her husband’s interest as a way of distracting him or making herself feel less guilty or whatever. Before you knew it they were rolling around and the husband was shedding his greasy overalls and work boots.

Naked Gerry was four or five feet away, peeking and listening and getting more and more freaked. He started imagining what might happen if the husband did the whole nine yards with the wife and then happened to open the closet door. The guy would have obviously exploded if he discovered Gerry when he first arrived, but if he found a naked peeper who’d watched and listened to him make love to his wife from inside his closet he might resort to a knife or a gun or a baseball bat.

After a few minutes of growing panic, Gerry figured it was slightly better to be found out before the husband fucked the wife than after, so he opened the closet door and stepped out and said, “I’m sorry, I shouldn’t be here, I have to leave,” etc. Shouts and punches resulted, but Gerry escaped and lived to love another day. I assume the trauma of this episode ended the affair with the wife.

If I had been In Gerry’s position I would have stayed in the closet and hoped for the best. If there’d been no discovery he could have kept the thing going with the wife. And if he’d been found out he might have been slugged or bloodied, okay, but he could have pushed the husband off at some point and run out into the street and caught a nearby bus. (Maybe.) Or at least scurried around in back alleys and eventually made his way back to the dorm and picked up his clothes and wallet and keys from the wife later on.

“Given the dogmatic leftism/tree-hugging/granola-chewing/global warming alarmism, etc. that the Sundance Film Festival has always embraced, the only real act of rebellion within a Sundance context would be to present a smart film that questioned any of these positions,” writes Variety‘s Todd McCarthy. “I honestly cannot remember ever seeing what could remotely be described as a conservative documentary at Sundance.

“Granted, not many are made, and I would frankly be amazed if any would be accepted if submitted. But I, for one, would love to see a genuinely critical examination of the many blunders and chicken-hearted actions of the United Nations; a documentary holding up for scrutiny the many wild prophecies of the esteemed Paul Ehrlich, whose doom-ridden predictions about population growth were the first words I heard out of any professor’s mouth as a university freshman, or a film that looked with unbiased clear eyes into the extent of Soviet communist infiltration and financing of American unions, academia, social organizations and other institutions from the 1930s onward. There are many potent unmade films.

“In this light, I was greatly heartened this year by the excellent documentary Waiting for Superman, which vividly and heart-rendingly takes on the dismaying state of public education in the United States. As the director is Davis Guggenheim, who made An Inconvenient Truth, there was no question where this film was coming from. But the film is bracingly non-partisan, as it sweepingly presents how every president since LBJ has tried and failed to improve the system, critically points out how Republicans but, even more so, Democrats are in the pocket of the American Federation of Teachers and is unafraid to demonize the change-obstructing leader of the latter organization.

“With overriding compassion for the millions of kids tragically cheated by persistent inadequacies, the film praises charter and magnet schools that were long derided and blocked by liberals and insists that change is possible, but only by throwing the bums out. And there’s no question who the bums are.

“[Another standout] would be Obselidia, directed and written by a Scottish-born Santa Monica resident named Diane Bell. The film caught my eye from the catalogue due to the description of the female lead as “a beautiful cinema projectionist who works at a silent movie theater.’ (Well, if it worked for Inglourious Basterds, why not?) I’m not saying that this utterly eccentric, movie-loving quasi-romance between two intellectual misfits living vastly out of their proper eras is necessarily the best film in its category; indeed, quite a few Sundancers didn’t like it much at all.

“But this one was my guilty pleasure, a film out of step with current fashion, a gorgeous work in which every frame has the appearance of having been hand-crafted in an art studio. It centers on a man whose mindset is much older than his years, a fellow who, convinced the world is going to end sooner rather than later, devotes himself to collecting obsolete things and writing a compendium about them.

“Although he’ll use a computer in the library where he works, he won’t own one; he prefers a manual typewriter, uses a rotary phone, doesn’t drive (although he lives in Los Angeles, albeit a wonderfully unrecognizable and car-deprived version of it) and fills his home with all manner of faded or useless objects. While more of this world than he, the lady projectionist approves of his sympathies and takes him on an eventful road trip to Death Valley, a place that potentially resembles what the rest of the world will look like in future.

“It’s yet another film about the coming environmental apocalypse, but without a single special effect, collapsed building or zombie-like cretin roaming the landscape. It’s all in a man’s mind, in a film temperamentally indebted to the French New Wave, Woody Allen and Robert Bresson, among others. It’s a total oddity and indisputably a rebel in its utter defiance of and, perhaps, obliviousness to, ‘independent cinema’ as a concept and unified front.”