I missed this A.O Scott video essay on Network due to my Sundance roamings. There’s nothing left to say that’s fresh or radical about this 1976 Sidney Lumet film, but I love Scott’s response after we’re shown a clip in which Robert Duvall says to Faye Dunaway, “For God’s sake, Diana — we’re talking about putting a manifestly irresponsible man on national television!”

Another early correct call was made last October by Santa Barbara Film Festival honcho Roger Durling in booking Best Actor nominee Colin Firth…way before it was clear to anyone that the star of Tom Ford‘s A Single Man would end up as one of the five contenders.

L.A. Times/Envelope columnist Pete Hammond was way in front of everyone on calling The Blind Side as a Best Picture contender and especially as a Best Actress shot for Sandra Bullock. Here’s how it went down, according to an e-mail he sent around this morning: 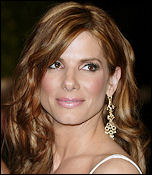 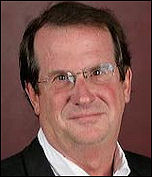 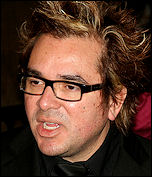 “I first saw The Blind Side on the WB lot on October 15th. This was roughly five weeks before opening, and there were about five people in the screening room. I called WB the next day and asked them afterwards if they knew what they had, that this was Bullock’s Erin Brockovich, and said she can get an Oscar nomination if they campaign it. They weren’t even planning to do that at this stage.

“I held off writing about it and predicting the Oscar nomination until Nov 4th — the first time I talked it up.

“The same day I participated in the first Gurus Of Gold on November 4th and was the only pundit predicting Bullock then. (Aside to Poland: If I hadn’t put her on there she wouldn’t have even made your Gurus list, David!)

“On November 23rd I wrote about it again after the opening weekend’s boxoffice report and put out a public plea for someone, ANYONE to join me on buzzmeter in predicting Bullock. Again I was still alone.”

Wells to Hammond: I might have joined you, Pete, if the brainiacs at Warner Bros. publicity had the horse sense to invite me to their early screenings, which of course in their stupendous and magnificent obstinacy they don’t. 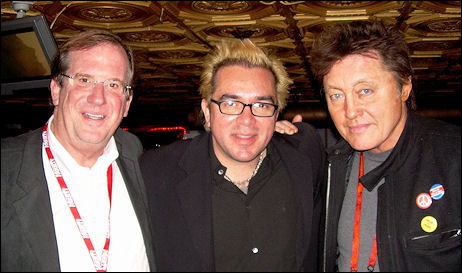 Hammond, Durling and myself at ’07 Santa Barbara Film Festival.

“That article was used by Santa Barbara Film Festival chief Roger Durling in convincing Sandra’s reps to commit to a tribute and award at the SBIFF when a Best Actress nomination seemed still like a longshot. He first contacted them after the first article on November 4th. He hadn’t even seen the movie at that point.

“This coming Friday night I am hosting the SBIFF American Riviera award tribute to Sandra’s career at the 2200-seat Arlington. Roger told me it is the fastest-selling tribute in the 25-year history of the festival.”

With the exception of a single Best Costume Design nomination for the work of Janet Patterson, Bright Star was shafted big-time this morning — up and down and around the town. Obviously few cared for the film as an emotional whole, and so all the participants were made to suffer slights. Director Jane Campion , star Abby Cornish and cinematographer Greig Fraser received no nominations. The latter’s contribution to Bright Star was perhaps the most award-worthy. Fraser’s perfectly measured, vermeer-lit photography was easily the equal of John Alcott‘s work on Barry Lyndon. 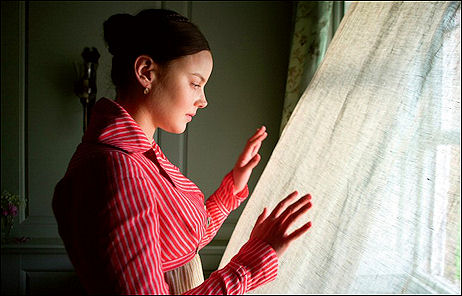 I don’t get Penelope Cruz‘s performance in Nine — decent, respectable, nothing earth-shaking — being nominated in the Best Supporting Actress category since it doesn’t hold a candle to Marion Cotillard‘s in Public Enemies. If you add Cottilard’s fine Nine performance to the equation it really makes no sense that Cruz made the cut and she didn’t.

Except for people possibly saying “well, Cotillard won the Best Actress Oscar for playing Edith Piaf a couple of years ago so she can sit this year out.” And their deciding to simultaneously vote for Cruz’s work in Broken Embraces. Right?

We all know Mo’nique will take the award for her Precious performance. Cheers anyway to Maggie Gyllenhaal for her Best Supporting Actress turn in Crazy Heart, which her backers wanted to push in the Best Actress category before sounder thinking prevailed. My personal favorite among the nominees is still Vera Farmiga ‘s performance in Up in the Air.

The five Best Supporting Actor nominees are Christopher Plummer (The Last Station), Woody Harrelson (The Messenger), Matt Damon (Invictus), Stanley Tucci (The Lovely Bones) and Christoph Waltz (Inglourious Basterds). Damon? He was okay as South African rugby player Francois Peinaar, but no one in my circle did cartwheels over his performance. Where did this fervor come from? Find me one review in which a critic said Damon had scored in a truly exceptional way.

Tucci gets nominated for speaking in a flavorful accent, playing down the creepiness and wearing a blond wig and rimmed glasses? If you ask me Harrelson was juicier and tastier in Zombieland. Plummer? Whatever.

The Best Picture nomination of Joel and Ethan Coen‘s A Serious Man was the only whoo-hoo! among this morning’s officially announced Oscar contenders. Even I, one of the film’s biggest supporters, had lost hope that it would be included among the ten because so few seemed to share my feelings. After a while you just give up. But good sense prevailed among enough Academy members — thank the Movie Godz and the better angels of their nature.

Let it be loudly proclaimed and fully understood here and now that the Gurus of Gold who said that A Serious Man had no chance whatsover were Suzie Woz, Sasha Stone, Pete Hammond, David Poland, Dave Karger, Peter Howell, Eugene Hernandez and Gregory Ellwood.

The Hangover wasn’t nominated…yes! Everyone had declared early on that Crazy Heart was a performance movie, and so it didn’t make it this morning.

Why didn’t A Single Man make the cut? It certainly should have, being a far more impassioned, thematically distinctive and exquisitely shaped drama than The Blind Side. Was it the charge that it seemed too fashion-spready? That was one of the reason it should have been nominated — it gave the film a sense of visual harmony and expressed the tasteful tidiness in Colin Firth‘s character. Did some people have a problem with a preponderance of “Gay-O-Vision,” to borrow a term from David Poland?

Everyone knew that Invictus was second-tier Eastwood and most accepted the fact that it didn’t have a snowball’s chance, and yet nine Gurus of Gold contributors placed it among their ten, and in fact thought it was more likely to make the cut than A Serious Man. The Invictus/Guru brigade included Ellwood, Hammond, Howell, Karger, Mark Olsen, Poland, Steve Pond, Sean Smith, Stone and Woz.

If we were living in Stalinist Russia in the 1930s the above Gurus would be looking over their shoulders, changing the locks on their doors just in case, and wondering whether to plan extended vacations at the dachas or stay inside the Kremlin and wrangle it out with their enemies.

Oscar nomination anticipation woke me up 4:30 am this morning. I’ve been down this road, know how it goes. It was illogical — pointless — to be up that early (particularly knowing that the most rabid Oscar-covering L.A. journalists wouldn’t be waking up until 7 am Manhattan time) but when the internal clock says “wake up,” there’s no choice.