“We get a lot of finance guys,” says RGAA’s program director Max McGarr. “It’s a good release from their job. If you lost hundreds of thousands of dollars, it’s good to come here and get it out.” Richard Byrne, CEO of Deutsche Bank Securities who practices jiu-jitsu and sparring at the club, calls it “a great stress reliever…talk about a great way to get aggression out, and it’s an unbelievable workout.”

How many top-tier actors today could do this scene and really give it their all and bring it home, like this fellow does?

“Beware those quick to praise for they need praise in return.

“Beware those who are quick to censor — they are afraid of what they do not know.

“Beware those who seek constant crowds for they are nothing alone.”

I’ve known hundreds if not thousands of people who’ve seemed to fit the description of those first and third lines. It goes without saying I’ve never forgotten them. Every time I meet someone new I find myself wondering who they really are (or may be) in the solitude of their cars, beds and bathrooms.

I’m trying to decide whether or not to spend $1500-plus so I can attend 2010 South by Southwest (3.12 to 3.20) and in so doing catch the following (which I haven’t yet seen): Bernard Rose‘s Mr. Nice, Michel Gondry‘s The Thorn in the Heart, Alexandre O. Philippe‘s The People vs. George Lucas, Shane Meadows‘ Le Donk & Scor-zay-zee, Steven Soderbergh‘s And Everything Is Going Fine, Matt Harlock and Paul Thomas‘ American: The Bill Hicks Story, Mike Woolf‘s Man on A Mission, Jacob Hatley‘s Ain’t In It For My Health: A Film About Levon Helm, Mark Landsman‘s Thunder Soul and Daniel Stamm‘s Cotton, as well as the alrready-announced Kick-Ass, Cold Weather, Elektra Luxx, Hubble 3D and The White Stripes: Under Great White Northern Lights.

It may be worth it just to see The People vs. George Lucas. Just after The Phantom Menace opened — more than ten years ago! — I told David Poland in a phone coversation that Lucas was “the devil.” Poland chortled, scoffed. “George Lucas is not the devil, Jeffrey,” he said. He most certainly is, I replied, in the sense that Albert Brooks called William Hurt “the devil” in Broadcast News. Lucas is an embodiment of evil in that he destroyed his own Arthurian mythology and sacrificed the church of millions of Star Wars believers on the altar of commercialism and Jake Lloyd and Jar-Jar Binks action-figures.

Now I have won — the world has caught up to my view. George Lucas is the devil, there’s a SXSW doc about this very point, and Rabbi Dave lacked the foresight to understand the fundamental truth of it. 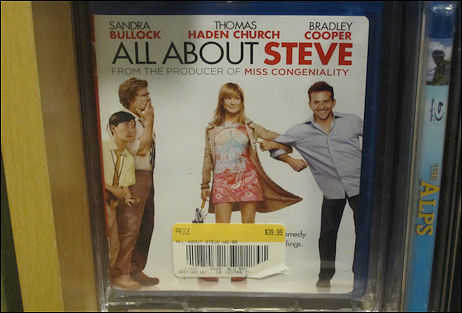 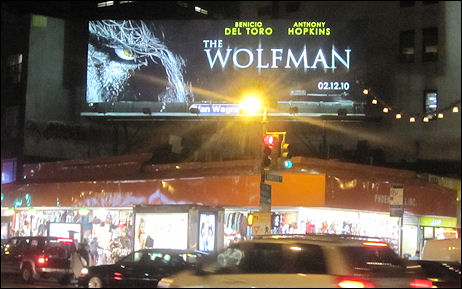 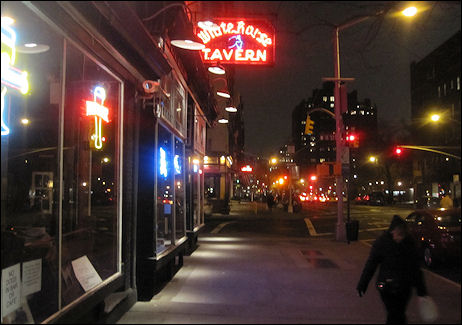 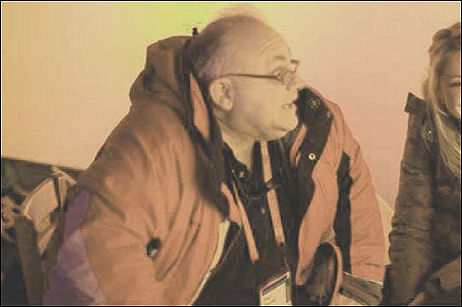 As Parry puts it, “In a case of the world coming full circle, a film reviewer who has made a name for himself being quoted in movie marketing materials is accused of plagiarizing large chunks of his film reviews — from movie marketing materials.” I’m sorry for Fischer, whom I know from the junket/festival circuit, and the woes he must be going through now, but he seems to have made his own bed. Parry’s reporting appears fairly precise. There doesn’t seem to be much room for doubt.

“Part Peckinpah, part Hong Kong, the movies Luc Besson creates — including Pierre Morel‘s From Paris With Love, which he produced and wrote the story for — are kinetic juggernauts, as carefully plotted with action beats as any of Jerry Bruckheimer‘s or Joel Silver‘s films, but with more wit and adrenaline. There’s no pretense or wasted motion in Besson’s films, and that includes little time spent trying to force sense into the script.

“Rather, Besson’s films are like elaborate wind-up toys that seldom rest. You crank them up, turn them loose and get out of the way. Perhaps the metaphor should be a Roman candle: sparking and exploding, always with one more little ball of fire at the end than you expect.

“Morel obviously studied at the Besson school. In From Paris as in his previous Besson-mentored efforts, District B13 and Taken, he displays no real style of his own. His carefree, breathless style is Besson’s — their tropes are the same. The action flies by, with little time to make sense or do much more than assault the eyeball and tickle the pleasure center (make that the male pleasure center, which is so easily stimulated by explosions and automatic-weapon fire).” — from Marshall Fine‘s 2.2.10 review.

In yesterday’s Network thread someone said that Arthur Hiller and Paddy Chayefsky‘s The Hospital (1971) is a better, more substantial film. I feel the same way. I adore Network but Barnard Hughes ‘ soliloquy/rationale for his hospital killings is the most eloquent slice of cinema that Hiller ever directed. I’m especially speaking of the portion that begins at 5:56 and ends at 8:00 (concluding with the words “the whole wounded madhouse of our times”).

It’s staggering — nobody working today seems to be capable of even trying to write stuff as good as this. “Not quite the burning bush perhaps, but prodigal enough for me. I killed no one. Ritual victims of their own institutions. Murdered by irony.” 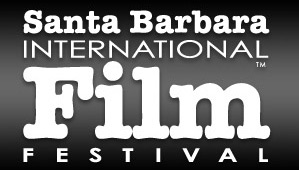 Yesterday two or three people remarked that I periodically ban people because they voice differing opinions. This spoke more to the posters’ shortcomings — a slight difficulty with accuracy and fairness in their writing — than to mine. I ban people who resort to personal slurs and a general tone of confrontational ugliness. I’ve said this until it’s coming out of my ears, but I’m using the same standard any person giving a party in his home would hold to. If a guest becomes coarse and abusive, he/she would be asked to leave. Is that really so hard to understand?