Salon‘s Andrew O’Hehir has written a sage and historically comprehensive overview of the occasional conflicts that have arisen between impudent critics and tough-minded publicists, and particularly about the recent Greenberg vs. Armond White brouhaha, which ended yesterday when everyone learned that White would be seeing Greenberg this Friday.

“Although the charges and counter-charges in this case are pretty salacious, the furor is only partly about White and Baumbach. It’s also about the uneasy symbiosis between film critics and the movie business, two organisms that feed off each other in an awkward dance of privilege, access and manipulation. L’affaire Greenberg is also heartening to many film journalists, in a peculiar way. It suggests, in the face of all available economic evidence, that what we do still matters.”

Thursday morning update: Village Voice critic Jim Hoberman provided photo-copy proof Wednesday afternoon that White did in fact suggest that his issues with Baumbach might been solved by “retroactive abortion.” As Hoberman writes, “[This] notorious statement was…the punch line of White’s review of Baumbach’s second feature, Mr. Jealousy, which suggested that the filmmaker’s mother should have gotten an abortion. Because this was published in the pre-internet days of 1998, some have dismissed it as an urban myth.

“Uh-uh. White wrote it and, thanks to the New York Public Library — where the above clipping was found earlier today — it will live online forever.

“White himself has suggested that the abortion quote was apocryphal. After Dart told Page Six this morning that the critic was uninvited ‘because he had made nasty comments about Noah, including calling him a [bleep]hole and saying his mom should have had an abortion,’ White denied what he termed ‘responsibility.'”

“Kathryn Bigelow‘s two-fisted win at the Academy Awards for best director and best film for The Hurt Locker didn’t just punch through the American movie industry’s seemingly shatterproof glass ceiling; it has also helped dismantle stereotypes about what types of films women can and should direct. It’s too early to know if this moment will be transformative — but damn, it feels so good.” — from a 3.14 Manohla Dargis Sunday N.Y. Times profile that’s up now. 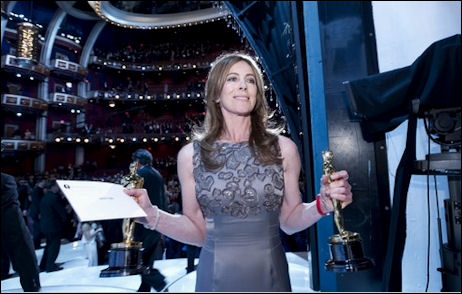 “It was historic, exhilarating, especially for women who make movies and women who watch movies, two groups that have been routinely ignored and underserved by an industry in which most films star men and are made for and by men.”

Lazy-ass that I am and always will be, I’ve only just submitted my request for press credentials for the 2010 Tribeca Film Festival (4.21 to 5.2). Alex Gibney‘s Eliot Spitzer doc has to be considered a headliner, especially as TFF honcho David Kwok has said “it may change people’s ideas about Spitzer.” I haven’t perused the rundown but a 45th anniversary restored/cleaned-up/whatever print of David Lean‘s Dr. Zhivago will be shown as a promotion for the 5.4 Blu-ray release.

And speaking of John Hughes’ Beethoven, I’ve been trying to find an online clip of Ben Stiller‘s old Ben Stiller Show routine in which he plays an unsuccessful actor named Al Pacino auditioning for a part in Beethoven. Here’s a Share TV link, but an embed code is preferred. 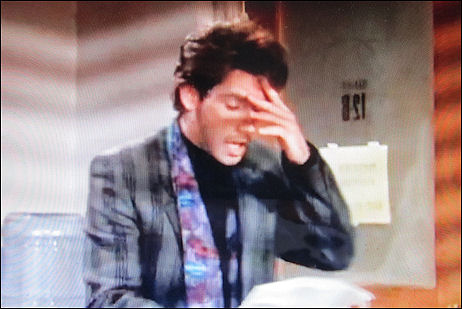 20th Century Fox is pushing the opening of Oliver Stone‘s Wall Street 2: Money Never Sleeps from April 23rd to September 24th. Variety‘s Pamela McLintock is reporting that the decision may be linked to the film getting a slot at the Cannes Film Festival two months hence, which of course will deliver a huge boost for the European openings. And opening it in the fall stateside will, of course, position WS2:MNS as a possible awards-level contender.

20 days ago I ran a positive reaction from a tipster who’d just attended a restricted-attendance screening of the film on the Fox lot. The sequel costars Michael Douglas, Shia LaBeouf. Carey Mulligan and Josh Brolin.

Marshall Fine felt it would be ungracious to cut John Hughes down to size following his passing last August (as I sorta kinda did by re-posting Richard Lallich‘s 1993 “Big Baby“), but he’s taken exception to the Oscar telecast tribute to Hughes, especially considering the concurrent omission of Farrah Fawcett, James Whitmore and Bea Arthur in the death montage.

I agree with many of Fine’s condemnations, but not when it comes to Planes, Trains and Automobiles — leave that film alone!

“John Hughes? You’ve got to be kidding, right? Yes, yes, I know — he’s a GenX (and even GenY) god, the man who got teenagers. But a lengthy retrospective of clips and a rogues’ gallery of former teen stars singing his praises?

“Hughes was a mediocre director and prolific writer who wrote more than three dozen films and directed eight. And of those, there are about three that stand the test of time: Sixteen Candles, The Breakfast Club and Ferris Bueller’s Day Off. 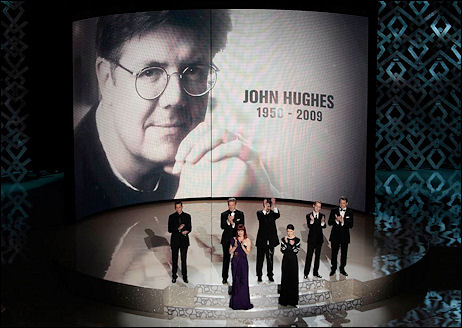 “Those are the three films in the Hughes’ oeuvre which, early on, had me convinced for a moment that Hughes was a genuine talent. Then he began repeating himself. And then he turned to cranking out bad comedy after bad comedy – unalloyed trash like The Great Outdoors, Career Opportunities, Beethoven. Worst of all was a remake of Miracle on 34th Street that modernized the original by removing the storyline in which Kris Kringle’s sanity was questioned, substituting instead a charge of pedophilia. Talk about a laugh-getter.

“Of the scripts Hughes wrote, a few had the quality of Pretty in Pink (which he remade two years later as Some Kind of Wonderful). Many more, however, had the scope of garbage such as Curly Sue, Dutch, the numerous Home Alone sequels and Dennis the Menace. The original Home Alone? Lots of laughs – but it also contained a level of sadism usually not seen outside a Looney Tunes cartoon (and which Hughes himself surpassed in the dreadful Baby’s Day Out).

“Uncle Buck and Planes, Trains and Automobiles? Both were an uneasy and highly uneven mix of class-comedy (or, more accurately, low-class comedy) and schmaltzy sentimentality. No matter how mean Hughes was to his characters, he always tried to put a lump in the collective throat of the audience at the end, as though this redeemed the mediocrity.”

Wall Street Journal “Speakeasy” contributor Steven Kurutz has interviewed EW‘s Dave Karger, And The Winner Is columnist Scott Feinberg and myself for a short 3.10 piece called “Oscar Bloggers On the Existential Silence of Post-Awards Season.” I told Kurutz that there’s no silence for me at all — that I never stop and it just keeps on keepin’ on, 24-7 and 365. “I desire to serve God and become rich, like all men.” Who said that? In what film, I mean?

Even by my blunt-talk standards, Howard Stern‘s two-day-old comments about Gabourey Sidibe seemed needlessly cruel. Sidibe will, I expect, find acting work here and there, but not much. She’ll reportedly next play a role in the Showtime series The C Word and then a role in a feature called Yelling to the Sky. But Stern isn’t wrong in saying that her prospects are limited.

Yesterday I was asked to comment about Sidibe by a writer for Turner who believes that Sidibe may have broken through a weight barrier, and is perhaps positioned to strike a blow for other obese girls who ‘ve been discriminated against because of their size, etc. I replied as follows:

“I loved Gabby’s smile and vibe and I don’t want her to not work, but the only roles she’ll have a shot at playing will be downmarket moms and hard-luck girls working at Wal-mart — that line of country. Unless she drops the tonnage she’s facing a very limited future as an actress. No casting director would choose her to play anyone in the upscale executive world because — hello? — no one in the executive world looks like her. No casting director would choose her to play a gym teacher, or a big-wave surfer, or a Washington lobbyist, or a U.S. Congresswoman, or a park ranger, or a fire-fighter, or a soldier (I’ve never seen morbidly obese women in uniform…have you?) or a saleswoman in an apparel shop (no woman would trust her sartorial judgment), or a narcotics detective.

“Could she even play a cab driver? Could a person of her proportion even fit behind the wheel of an average cab? I’m just asking.

“Gabby is as out of the realm of mainstream normality as a seven foot-tall giant or a wheelchair person with polio. She will have serious health problems later in life if she doesn’t lose about half her body weight, at least. Whether we like to hear this or not, she represents a kind of low-rent affliction and a pattern of self-destruction.

“And you’re not doing Gabby any favors by coddling her with approving profiles and patting her on the back and saying ‘you go, girl’ — she’s got a serious problem. And you’re also telling other morbidly obese young women that it’s okay to be that way. It’s not — it’s bad for the health. Only in a country like ours in which the population is as addicted to crappy fatty foods as heroin addicts are to the needle.”

Okay, now bring on the hate and call me a terrible person for being insensitive, etc.

When I first heard the news about Corey Haim’s drug death I reminded myself right away that it wasn’t Corey Feldman, who used to be friendly with Julia Phillips, whom I knew and loved and cared for throughout the ’90s. This is the other guy whom I never knew or cared about or paid attention to…sorry. (They were called “the Two Coreys.”) Life is hard and wounding, but either you stand up and man up at a certain point or you don’t. Sic semper druggies and party animals.