There’s an almost startling intrigue — an odd vibrancy — to the non-concert footage of Jim Morrison in Tom DeCillo‘s When You’re Strange . Nobody has seen this footage, which is basically of Morrison driving and walking in the Southern California desert in a kind of dramatic or “acted” context. For this alone the doc is worth seeing.

Former Doors keyboardist Ray Manzarek (and producer of the doc) tells Movieline’s Stu VanAirsdale that “we’ve had the footage in storage, in one of those temperature-controlled storage vaults in Hollywood like you should do with all your film and all your tapes. It was there. It had been sitting there waiting to go to work — in cold storage. The footage said, ‘Any time you want to use us, we’re in shape here. We just need some processing.’ We had everything archived and just went to work on it.'”

I paid a visit to Morrison’s grave at Pere Lachaise cemetery in Paris about 22 years ago. This was when a marble bust of Morrison was still on top of the gravestone. Everything was covered in spray paint and graffiti. Empty bottles of alcohol, cigarette packs, butts and roaches littered the ground directly in front of it.

19 Comments
Loves of a Blonde 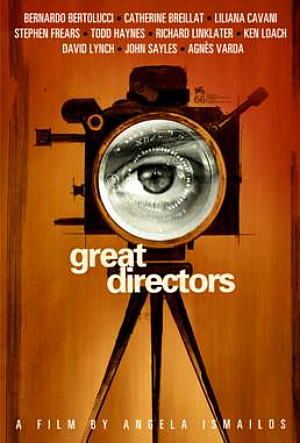 I’m a late convert to Joan Rivers: A Piece of Work (IFC Films, 6.11), having missed it at Sundance and only just seen it a couple of days ago. I had relegated Rivers in recent years to an “uh-huh, whatever” status, partly because of her irksome red-carpet chatter and partly because of her 21st Century facial work, which suggests she may have been hurt in a terrible car crash (worse than Montgomery Clift) but was lucky enough to find a gifted plastic surgeon who was able to make her look as normal as possible.

What a fighter she is…God! Frank and blunt, nothing off the table, takes no guff, lets hecklers have it in the neck, never stops performing, tough as nails.

One thing Stern and Sundberg don’t get into is the condition of Rivers’ personal life. I know she’s straight, so does she has a boyfriend of any kind? Even a platonic one? If they mentioned this aspect I missed it. I realize Rivers is too egoistically driven and too much of a busy-busy-bee to even think about making room in her life for any normally-proportioned relationship, but everyone needs a little TLC from time to time. Someone to be tender with, go out to dinner with, take walks with, etc.

Early last week New York weather, after a brief flirtation with spring jacket weather, was suddenly cold again. Then last weekend the warmth returned, and then yesterday it was suddenly summer in July. Ask anyone who’s lived here — New York heat waves don’t fool around. So I spent some time this morning installing the two air conditioners, and properly air-trapping the window sills with duct tape and asking the construction guys downstairs to cut a short piece of lumber to use as a window jam. So that’s what I was doing. And very soon I’ll be leaving for the Kick-Ass junket, which starts at 2 pm.

26 Comments
No Can Do

With next month’s Cannes Film Festival popping up in discussions, I’m reminded of the three pronunciations. Some say “Cahn” as in Star Trek: The Wrath of Khan, which is how you’re supposed to pronounce Caen, the medieval city two hours northwest of Paris. And some say Cannes properly, which is hard to phonetically describe except that you need to emphasize the “n” sound more than than the vowel, and that the vowel is more “an” than “anne.”

And then there’s the oafish American way of saying it, which is “can” as in tin can or Peter Pan. Remember Julia Roberts‘ flat rural twang-dang pronunciation of “Paayyhnn” in Steven Spielberg‘s godawful Hook? Like that.

“The public have always, and in every age, been badly brought up. They are continually asking Art to be popular, to please their want of taste, to flatter their absurd vanity, to tell them what they have been told before, to show them what they ought to be tired of seeing, to amuse them when they feel heavy after eating too much, and to distract their thoughts when they are wearied of their own stupidity.” — Oscar Wilde, quoted in Ronald Bergan‘s 4.7 Guardian piece about the death of old-guard film criticism.