Earlier today Awards Daily‘s Sasha Stone posted “some comments by a visual effects guy named ‘Stan’ on a Slashfilm post” that discussed Terrence Malick‘s Tree of Life. Interesting commentary but primarily the guy is saying that the film “will not make Cannes.”

“[Malick recently] screened it to an audience of about thirty, and it’s literally 97% done,” he writes. “Our boss was able to see it, and called it the best film of [Malick’s] since Badlands. Emmanuel Lubezki was in attendance, as were some visual fx gurus (one of whom was my boss).

“It will not make Cannes [because] the visual effects aren’t done, but the footage that we’ve worked on is near complete. The reason for the delay in post is because of the amount of detail [that] IMAX 70 mm requires. I can assure you that the results are worth the wait.

“Is the IMAX 70MM footage going to be released in a separate documentary, or is it to be incorporated into an IMAX release of The Tree of Life? I ask because there were a lot of rumours about a related IMAX documentary called Voyage of Time, but I suspect that might just have been a codename for additional IMAX shooting for TOL.

“Our house is referring to it as Voyage of Time. I don’t know if it will be a separate documentary. Terrence has made sure that we work on footage without knowing too much of the plot or reason behind it. It’s always about a feeling or an emotion. He is definitely the most interesting director we’ve had the pleasure of working with, and probably the only who’s interacted with the digital artists themselves. He has never settled for results less than immaculate, but is humble and patient about it.” 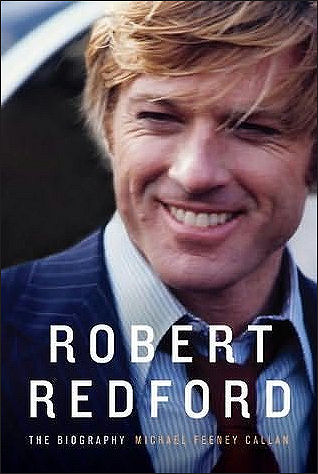 The Kick-Ass projections haven’t changed — it’s still expected to come in slightly under $20 million for the weekend — but insult has now been added to injury with estimates now claiming that DreamWorks’ How To Train Your Dragon will take first place with a clean $20 million vs. $19.8 million for Kick-Ass.

The Lionsgate release was seen as a surprise short-faller yesterday morning — now it’s been humiliated by getting whipped by a three-week-old family film. Tomorrow’s actuals will tell the final tale, of course, but even if Dragon doesn’t edge out Kick-Ass by a couple of hundred thou — if there’s a near-tie, say — it’ll still be an embarassment.

The Wrap‘s Daniel Frankel reports that Dragon‘s third weekend saw a mere 19 percent drop from last weekend. It has $158 million and change from North American ticket sales alone, and has grossed $320 million worldwide.

My first reaction when I read about all the thousands of European flights grounded by the huge plume of ash from the eruption of Iceland’s Eyjafjallajokull volcano was one of vague relief. I’m glad it’s happening now, I mean, rather than 22 days hence when the Cannes Film Festival begins. My jet might not even leave New York under these conditions.

The eruption “was continuing as of early Sunday morning and possibly intensifying, with the ash plume rising to 30,000 feet,” a N.Y. Times report says.

“The cloud had extended as far south as Spain overnight, prompting the closure of airspace in the northern part of that country, according to Eurocontrol. Airports across most of the continent were expected to remain shuttered at least into Sunday afternoon, though a few countries, including France and Switzerland, had opened at least parts of their airspace to allow overflights above 35,000 feet.”

The death of legendary editor Dede Allen, 86, naturally requires an acknowledgment of her innovations. Those would be (a) shock or jump cuts and (b) running sound from a forthcoming scene before actually cutting to it — i.e.. “pre-lapping.” And yet the biggest feather in Allen’s cap has always been (and always will be) her cutting of the country-road massacre finale from Bonnie and Clyde. Still a knockout but truly astonishing back in the day.

I’ve never forgotten and never will forget that clip of a briefly exhilarated Faye Dunaway looking up at the flying birds just before the roar of gunfire. My favorite description of the carnage what followed was from Pauline Kael — i.e., a “rag-doll dance of death.”

The irony is that Allen allowed assistant Jerry Greenberg to do the actual cutting on this sequence. Allen supervised, of course, but “she let him do that,” says Warren Beatty biographer Peter Biskind.

The legend is that Allen borrowed her jump cuts and shock cuts from French nouvelle vague films. And yet Biskind says Allen told him this wasn’t so. “She said she never watched very many French new wave films and that she basically got these techniques from working on TV commercials,” Biskind recalled this morning.

I’ve spent the last half-hour searching around for a visual tutorial that explicitly shows how Allen applied her innovations, but no dice so far. You’d think someone would have cut one together by now. Allen has been on the map since 1961, after all, when she landed her first solo editing credit on Robert Rossen‘s The Hustler.

Claudia Luther‘s L.A. Times obit says Allen “was the first film editor — male or female — to receive sole credit on a movie for her work,” and that “this honor came with Bonnie and Clyde.” Okay, maybe…but why does Allen have sole credit as the Hustler editor on the IMDB? I was home I’d run the DVD and double-check. (I’m currently sitting in a motel room on Route 7 in Ridgefield, Connecticut.)

I’ve always loved the opening-credit sequence in The Hustler, which I presume Allen had something to do with. It basically used footage from various scenes throughout the film (which a first-time viewer obviously wouldn’t have the first contextual clue about) and freeze-frame them when the credit pops up — i.e., “directed by Robert Rossen.” I don’t know for a fact that Allen came up with this idea, but it would fit into her profile if she did.