Former L.A. Times reporter and current Hollywood News.com editor Robert Welkos has posted Part Uno of a two-part piece called “Inside The Blogger Wars: Finke, Waxman, Poland and Wells among others.” Kind of a lumpy-sounding title, no? But it’s a decently written thing. Welkos captures a whiff of the flavor of the 24/7 intrigue and mood-swing humor and rat-a-tat-tat of this all-consuming racket. It’s not an in-depth Vanity Fair article but it’s all right. I shrugged, I chuckled, I can roll.

It was awfully nice of Bob to bring up the Vinessa Shaw nude-photos thing again — owe ya one! A hard-core guy would have at least mentioned that my letter to 3:10 to Yuma director James Mangold went on for sixteen graphs, covering this, that and the other thing, and that just one of those fucking graphs mentioned Shaw. And that a friend/ally of Lionsgate marketing hot-shot Tim Palen fed that letter to Nikki Finke because Palen had been pissed about my criticism of the “gay” Yuma poster campaign — it was a total dirty-pool scumbag payback move. And that Finke running it was a true expression of a back-alley mentality. The other fifteen graphs were about…you know, other things! The movie, the themes, the characters, my thoughts, etc.

But you know what? Screw it. It’s over and done with, and Welkos isn’t writing a book, and he isn’t being paid $15,000 by Vanity Fair to nail each and every angle just right.

Dialika Krahe‘s 4.23 Der Spiegel article, titled “Nollywood’s Film Industry Second only to Bollywood in Scale,” has the following subhead: “Two-thirds of its population lives on less than a dollar a day, and yet Nigeria has the world’s second-largest film industry. It’s called Nollywood, and it provides Africa, and beyond, with a steady stream of action flicks and love stories.” 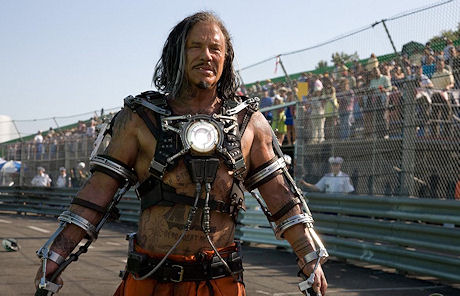 Roman Polanski pitchforkers will be heartened to learn that the likelihood of the 76 year-old director being flown back to Los Angeles for prosecution and probable jail time is now fairly high. The California 2nd District Court of Appeal has rejected the director’s 3.18 petition for an inquiry into alleged prosecutorial misconduct during his 1977 trial for unlawful sex with a minor, and now the final extradition decision is in the hands of Swiss authorities.

Dominic Patten‘s 4.23 Wrap report notes that “based on comments from the Swiss Foreign Ministry in March that such judgments are usually made within a year of the individual’s arrest, [a decision on Polanski’s extradition] may be made by September.”

Of the final four films announced as official Cannes selections, I’m most interested in Andrei Ujica‘s The Autobiography of Nicolae Ceaucescu, which will be shown out of competition. Because it’s emotionally satisfying to see a dogmatic murdering bastard eat lead for his sins, symbolically or otherwise.

The president of Communist Romania from 1974 until his firing-squad death in December 1989, Ceaucescu was a selfish, ruthless weasel of a dictator. The evidence is that he and his wife Elena deserved to be gunned down in a courtyard. Sic semper tyrannis.

Between Hotel Rwanda, Peter Raymont‘s Shake Hands With The Devil: The Journey of Romeo Dallaire, Ghosts of Rwanda and those PBS Frontline documentaries about the 1994 slaughter, I feel Rwanda-ed out. But I’ll still be catching Deborah Scranton‘s Earth Made of Glass, a Tribeca Film Festival selection, at Monday night’s premiere.

Paul Kagame, the president of Rwanda will be there for the q & a as well as Jean Pierre Sagahutu, the genocide survivor featured in the film.

“From the director of The War Tapes comes a powerful new film that looks at the horrific 1994 genocide in Rwanda from both personal and political perspectives,” the Tribeca notes begin. “On August 6, 2008, against the backdrop of the world’s deadliest war in neighboring Eastern Congo, Rwandan President Paul Kagame released a report detailing the French government’s hidden role in planning the 1994 Rwandan genocide. Three months later, his closest aide, Rose Kabuye, was arrested by France on charges of terrorism.

“Meanwhile, Jean Pierre Sagahutu, a genocide survivor haunted by his father’s unsolved murder, scours the Rwandan countryside on a 15-year-search for clues and ultimately finds himself confronted with his darkest desire: being face-to-face with his father’s killer. As President Kagame fights to free Rose from France and expose the truth about what really happened in Rwanda 15 years ago, Jean Pierre journeys to the scene of the crime, and the doorstep of a killer, to uncover the chilling facts behind his father’s death.

“As each relentlessly pursues the truth — with the fate of a family and a country hanging in the balance — they find themselves faced with a choice: enact vengeance or turn the other cheek Deborah Scranton crafts this dark material into an inspiring and uplifting examination of the search for truth beyond justice and the long road to redemption in Rwanda.”

Two days ago seven 2010 Tribeca Film Festival selections — The Infidel, The Trotsky, Metropia, sex & drugs & rock & roll, Climate of Change, The Birth of Big Air and Road, Movie — became available as On Demand titles through various cable providers. Four 2009 selections were also included in the package: TiMER, My Last Five Girlfriends, The Wild and Wonderful Whites of West Virginia and The Swimsuit Issue.

Has this happened before during a Tribeca fest? Here’s an assessment by The Wrap‘s Brent Lang. 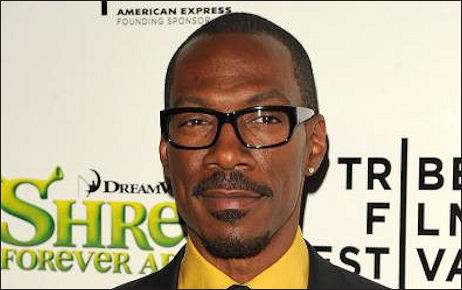 Yesterday the Toronto Star‘s Peter Howell observed that (a) the “crystal balls of box-office wizards, prophets and know-it-alls have gone cloudy in the weekly game of predicting which movie will top the charts,” and (b) the primary reason is that box-office expectations have in some cases been too high.

How to Train Your Dragon was initially called an under-performer, Howell writes, but is “still breathing fire” with $158 million in the till and therefore “a profitable slow-burner.” Kick-Ass‘s $19.8 million opening was called disappointing (it certainly wasn’t triumphant) but it “may yet prove to be” another steady earner, he says. Date Night‘s opening was also called a short-faller but has since become “more than just a one-night stand” with ticket buyers. Throw ’em all together and handicapping box-office stats has become like “playing the ponies or betting on Stanley Cup finalists,” he concludes.

One is that that box-office expectations are never primarily based on hunches and guesswork. They’re always based on tracking reports, particularly the definite interest and first-choice numbers among the four demographic quadrants — under-25 and over-25 males and females.

The other is that marketing experts in the employ of major distributors come up with more or less the same box-office expectations, and also that sometimes they’ll attempt to obscure this data by downplaying expectations in conversations with reporters in order to enhance the perception of a film’s performance.

So if anything, the issues at hand are (a) how accurate are tracking reports?, (b) what is lacking in their assessments of Average Joe sentiments about upcoming films?, and (c) how could their methodology change to improve things?

Chris Hansen has an exemplary record of investigative inquiries (terrorist groups and Al-Qeada ops, airport security, Columbine, Oklahoma City terrorist attack, Unabomber, TWA Flight 800 disaster, Indian child slave labor, etc.), and yet his eternal, indelible identity will always be that of a mild-mannered buster of child predators, explaining the facts to perverts in kitchens and foyers as the cops gather outside, etc.