51 Comments
Not Copping An Attitude

But can someone name the last romantic-relationship film in which the leading lady clearly outweighed and could probably pin the leading man in a wrestling match, and probably in less than ten seconds? No criticism or judgment implied here. I’m just asking. (Common has, I would say, a physique not unlike this guy’s.)

Russell Crowe‘s British-accented voicing of a British Petroleum exec sounds a lot like Ricky Gervais….”a lot more fun that it sounds!” An extremely witty and funny fellow. To me he’s not the flying-phone guy — he’s the joker. He does need, however, to get back to that Fistbiscuit boxing weight.

“Well, you know, you want some kind of relief from the agony and terror of human existence, which is brutal, agonizing and meaningless with some oases, delight, some charm and peace. Life is not relentlessly black from wire to wire. You can sit down and hear a Mozart symphony or you can watch the Marx Brothers, and this will give you a pleasant escape for a while. And that is about the best that you can do…

“I feel that one can come up with all these rationalizations and seemingly astute observations, but I think I said it well at the end of [one of my films]. We all know the same truth; our lives consist of how we choose to distort it, and that’s it. Everybody knows how awful the world is and what a terrible situation it is and each person distorts it in a certain way that enables him to get through.

“Some people distort it with religious things. Some people distort it with sports, with money, with love, with art, and they all have their own nonsense about what makes it meaningful, and all but nothing makes it meaningful. These things definitely serve a certain function, but in the end they all fail to give life meaning and everyone goes to his grave in a meaningless way.”

No link or hint is being provided to identify the speaker. I’ve pruned some of it down to make it sound less repetitious, but you’re supposed to know who this person is without even thinking about it.

The interesting thing about this just-released schedule of Cannes Film Festival selections is that Doug Liman‘s Fair Game — a competition pic with big stars (Sean Penn, Naomi Watts) — won’t screen until Thursday, May 20th, at which point many U.S. journalists are either packing their bags or have already left town. It’s curious that the festival has decided to screen this Bush-era political drama (which runs 106 minutes) so late in the schedule. 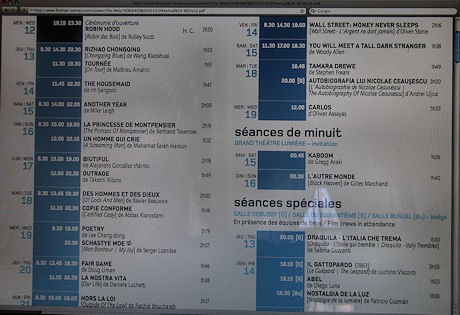 You might think with a digitally restored print of Fred Zinneman‘s From Here To Eternity having shown at the Academy last November and also being shown next Thursday (5.13) at the Cannes Film Festival’s Cinema de la Plage series that a Blu-ray Eternity might be released later this year. Nope. I’m told that Sony’s home video division is looking at late 2011. The applicable metaphor is managing air-traffic control at LAX, and having to make some planes wait before they can land.

A guy asked a while ago if Jake Gyllenhaal is a good fit when it comes to starring in brain-dead Eloi popcorn movies like Prince of Persia (Disney, 5.28) and Source Code. Will the public buy JG, he meant, as a quipping musclebound fantasy action hero when they basically see him as an anxious, internally-driven, reality-based guy to start with?

I don’t know if they’ll accept him as a rugged hero-stud, I replied, but JG is a reliable and believable actor with big shoulders and nice pecs, at least. And he seems as committed to prostituting himself in the service of big Babylonian bullshit movies like this one — i.e., Ali Hunky, Cousin of Alexander the Mummy — as Liam Neeson or anyone else. These movies aren’t about presence and confidence and force of spirit on the part of the actor as much as whether or not the producers, the director and the screenwriters have hack attitudes or not.

If Prince of Persia is a stinker I don’t think that’s Gyllenhaal’s problem, really. He can probably relax, in any event, because (a) he’s already gotten paid for Prince of Persia and (b) he’s costarring in a supposedly high-quality Ed Zwick film out later this year called Love and Other Drugs.

This is an allegedly illegal Machete trailer so watch it quickly before it gets yanked. My God…it’s hilarious. For the first time in a long time I’m actually looking forward to a low-rent Robert Rodriguez cheeseball film.

After my latest attempt to find a script for Chris Nolan‘s Inception, a friend explained that it’s “been on lockdown because it has some huge reveal in the third act.” Doesn’t this make you want to see it all the more? There are reasons why Patrick Goldstein‘s summer trailer posse called Inception their #1 must-see, and this is one of them. Pass it along, memorize it, repeat it — “huge reveal in third act.”

Huge waves slammed into the beaches of France’s Cote d’Azur yesterday. The waves, reportedly between four and ten meters high, “overturned cars and battered seafront restaurants” and sent Cannes merchants scrambling to clean up a week before the start of the 63rd Cannes Film Festival.

Iron Man 2 does that basic CG pulverizing thing that Eloi movieogers all seem to want to see. I’m not blaming director (and costar) Jon Favreau, exactly — he did the job that he was paid to do (at least in approximate terms), but this thing sure as shit isn’t The Dark Knight, I can tell you that. 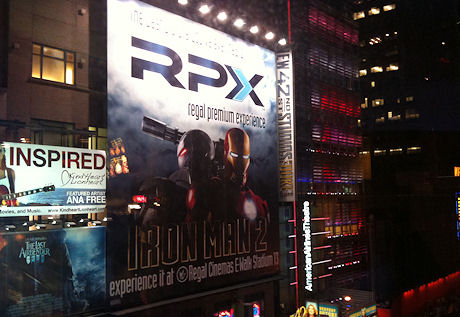 Plus it’s so loud and bludgeoning that I began to wish that Downey could recede into the background and that the whole thing could be about Sam Rockwell‘s glib, slickly dressed yuppie-scum character. Between this and his deliciously comic performance in A Behanding in Spokane, I’ve totally turned around on Rockwell.

Does Mickey Rourke take pills in order to make himself look bulky and scummy? And those sausage-sized fingers with those grime-caked fingernails that look like they were transplanted from the claw of a giant sloth….my God! Rourke himself is a very good place spiritually, but every time I look at him I go “what kind of genetic inheritance…?”

I have a basic prejudice against any film that uses Monaco as a backdrop, even if it’s just for one sequence, because it’s a soul-less over-developed corporate hell-hole that seems to attract nowhere people — a place like Atlantic City or Cancun or Las Vegas or Orlando DisneyWorld. If you go on vacation to any of these places you have a serious blockage affecting the state of your soul.

In my mind this is Robert Downey, Jr.‘s second super-budgeted, high-impact, untethered fart-slamming movie in a row (after Sherlock Holmes). Plus he constantly steps on Gwynneth Paltrow‘s lines, to the point that I kept losing the thread of their discourse. On top of which he’s wearing too much make-up in this thing so I’ve pretty much had it with him — for now.

I’m not saying Downy is irrevocably toast but he definitely has to make something that will counter-balance the Sherlock/Iron Man 2 double-whammy effect to get himself out of dutch. The good will he enjoyed in the wake of Tropic Thunder is out the window — I can tell you that. 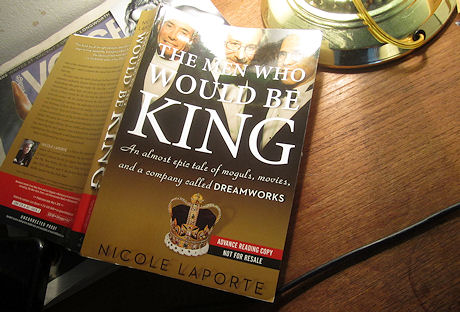 In my mind (which is to say impressionistically) former DreamWorks honcho Walter Parkes was a stopper. A stopper is a very particular kind of non-creative Hollywood personality who never gets the new idea, who always argues that a movie needs to be shorter, is always saying “show me” or “will they go for it in Peoria?” or otherwise saying “no,” “I don’t think so” or “I have my doubts.” And yet stoppers prevail in production companies. I guess they provide a kind of skeptical counterweight to the daydream believers, and in so doing make the owners feel safe. 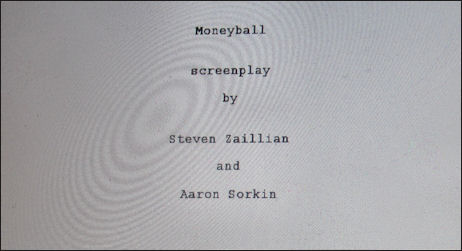