Lionsgate’s advertising team (led by co-marketing chiefs Tim Palen and Sarah Greenberg) have gone with a Saul Bass-ian, Vertigo-like one-sheet for Rodrigo Cortes‘ Buried (9.24). Which everyone likes or admires or both. Me included. Any sort of Bass tribute gets my vote. 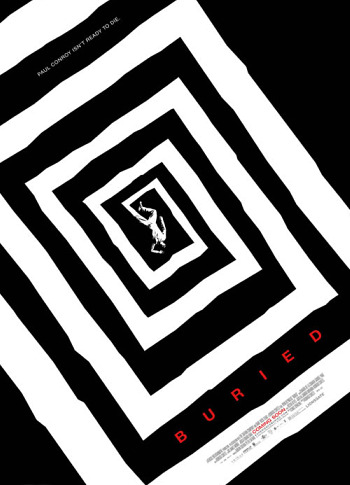 I reviewed Buried at last January’s Sundance Film Festival. It’s a highly claustrophobic (to say the least) exercise about an American contractor in Iraq (Ryan Reynolds) who’s been kidnapped and buried alive in a wooden box. Cortes uses Hitchcock-like ingenuity in telling this story, but the bottom line is that Buried refuses to deliver the kind of ending that any popcorn-eating moviegoer would want to see.

“You may assume going in that Buried will be a harrowing mental ingenuity/physical feat/engineering movie about a guy managing to free himself from a large coffin-sized crate that’s been buried two or three feet underground,” I wrote. “But what it is, really, is a darkly humorous socio-cultural message flick about selfishness and distraction — i.e., how everyone is too caught up in their own agenda to give a shit about a person who really needs help.

Reynolds’ character “manages to speak to several people on a cell phone that he’s found inside the crate. The prolonged joke is that each and every person he turns to for help (with the exception of his wife) tells him that they first need him to address or answer their needs before they”ll give him any assistance.

“Boiled down, the movie is kind of a metaphor for dealing with tech support or any corporate or bureaucratic employee who specializes in driving complaining customers crazy. Everyone Reynolds speaks to patronizes him, tells him to calm down and speak slowly, asks stupid questions and in one way or another blows him off or fails to really engage and provide serious assistance.” 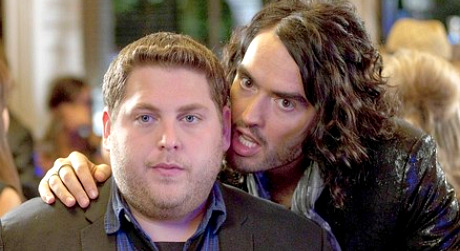 I saw this yesterday afternoon in the meat-packing district. What sold me is that Alfred Hitchcock‘s sunglasses could almost be empty eye-socket holes. Reminding us, of course, of that slumped-over dead farmer discovered by Jessica Tandy in The Birds. What killed that Michael Bay-produced Birds remake that Naomi Watts was going to star in? 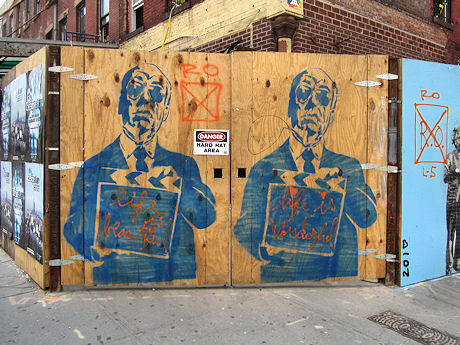 Last year someone finally YouTube-d John Magnuson’s Lenny Bruce performance film — a 45-minute capturing of one of Bruce’s final nightclub appearances, at San Francisco’s Basin Street West, sometime in late ’65. I chose this excerpt because the material between 3:15 and 9:00 is especially good.

I enjoy Bruce’s weary-bitter delivery in this thing. His energy is down — he’s half-performing and half-muttering to himself, depleted from his various court battles — but he’s still “Lenny Bruce.” Dustin Hoffman ‘s performance as Bruce in Bob Fosse‘s Lenny didn’t get that slightly irritated hipster vibe. DH smiled too much, for one thing. If Bruce smiled it was only for an instant, and always he half hid it when he did.

Who uses the word “schtark” these days? Who ever used it except Bruce?

There are probably some under-30s who haven’t heard that much about Bruce, so here’s a starter quote from music/cultural critic Ralph J. Gleason: “Lenny Bruce was really, along with Bob Dylan and Miles Davis and a handful of others (maybe Joseph Heller, Terry Southern and Allen Ginsberg in another way) the leader of the first wave of American social and cultural revolution which is gradually changing the structure of our society and may effectively revise it.”