“Mallory Kane (Carano) is young, tough, beautiful, determined, and a freelance covert operative. She is hired out by her handler, Kenneth (McGregor), to various global entities, to perform jobs which governments can’t authorize and heads of state would rather not know about.

“For all her looks and youth, Mallory is still the best in her field, and her skills are in constant demand. But when one of her operations goes awry, Mallory needs to use all her skills, tricks and abilities to escape an international manhunt, make it back to the United States, protect her family, and exact revenge on those that have betrayed her.

“First and foremost for me were the strong parallels to The Girlfriend Experience. There are lots of closeups of our female lead, who’s no actress but whose skills in her field probably make her more interesting than a star in the role. And there’s an almost complete lack of affect on her part, and yet, for me, a lot of engagement in her situation.

“Another GE current, unlike most big thrillers, is Soderbergh’s focus on the nuts and bolts of the situation. This is what creates and sustains the drama — how does one get out of, or in to, situations like these? For me ‘reality’ is much more interesting than movie fiction.

“The fights are great. I’ve been in, and have personally choreographed, a lot of staged violence, and this was quality stuff. It does my heart good to see a young woman really kick ass. The brutality and desperation of the fights, in fact, at times seemed to appall more than thrill the audience, which is as it should be. As I write this (i.e., the following morning) I’m still thrilled.”

The screenplay is by Soderbergh’s Limey collaborator Lem Dobbs. The Lionsgate film is reportedly slated for a January 2011 release.

Credoaction, a liberal-activist website, is collecting petition signatures that might persuade Disney not to advertise on “Sarah Palin’s Alaska,” a forthcoming eight-episode series on the Discovery Channel in which Palin, a slayer of Alaskan wildlife and an advocate of “drill, baby, drill,” will serve as a kind of tour guide. 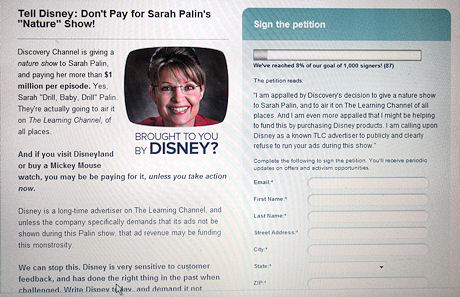 “Disney is a long-time advertiser on The Learning Channel, and unless the company specifically demands that its ads not be shown during this Palin show, that ad revenue may be funding this monstrosity,” the website states.

47 Comments
Now He Jumps In?

An extremely late-arriving defense of Sex and the City 2 director Michael Patrick King appeared this morning on Big Hollywood. The author, John Nolte, skews Glenn Kenny, yours truly and other liberal-type critics for slamming the film’s cultural attitudes and inflammatory politics or, in Kenny’s case, for criticizing Nolte.

It’s fun to kick this stuff around, but you can’t wait this long after the release of a terrible film. SATC2 has been dead for what…at least a couple of weeks?

Indiewire‘s report about this morning’s sudden death of Peter Brunette is sad, obviously. I knew and liked Brunette. Condolences to his friends and family. Bob Dylan‘s line about “death’s honesty” doesn’t seem to apply here since removing a vibrant man from the planet at a relatively young age seems rude. 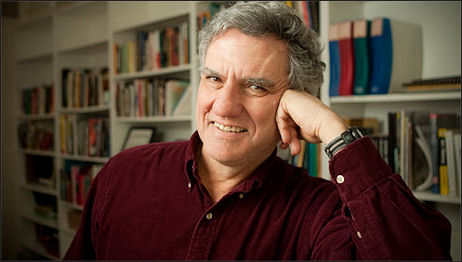 Brunette was covering the Taormina Film Festival when it happened. I visited Taormina just last month. Joe Leydon says that this is how he’d like to go, on the job and doing what he loves best. If your number is up and you’re going no matter what, Taormina is a peaceful spot for it. A much better place to die than, say, Newark, New Jersey.

Any movie villain can be diseased and malicious, but the legendary high-style baddies that live on for decades have all been no-laugh funny. They’re required to be deranged and demonic, of course, but they always deliver their lines with a certain flourish that says “if you don’t want to laugh or chuckle, fine…but I’m double-tracking all the same.”

Line deliveries by no-laugh-funny villains aren’t “dryly funny” or “offhandedly funny,” but contemplatively funny. They don’t mouth their lines with any humorous English, in other words, but their characters are amusingly skewed — darkly, weirdly so — when you recall them, and they always raise a smile at odd moments.

I’ve quietly laughed longer and harder at Jack Nicholson‘s Jack Torrance in The Shining over the years than at any Jim Carrey or Seth Rogen or Adam Sandler performance. Ditto Ben Kingsley‘s Don Logan in Sexy Beast, Robert Mitchum‘s preacher in Night of the Hunter, Al Pacino‘s Tony Montana in Scarface, William Hurt‘s wackazoid gangster in A History of Violence, Jeremy Irons in Dead Ringers, etc.

Which reminds me that Universal Home Video still hasn’t announced a date for their inevitable Scarface Bluray. They’ve milked this 1983 Brian DePalma film with how many DVD versions? Time for the big step-up.

MB: “I told him it didn’t make any sense, clippin’ you that way. He fucked up.” 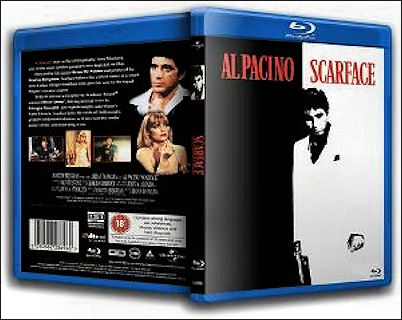 A couple of Jonah Hex look-sees are happening today; reactions will post 48 hours hence. Except I’m not feeling a lotta Hex-ian vibration out there. Is it me or is the corn-oil just simmering in the saucepan? Walter Winchell sending out a general telegram to Mr. and Mrs. America and all the ships at sea — what’s the hoo-hah? Apart from the usual LexG/Thelonious Monk riffs about Megan Fox, I mean.

Lefties aren’t supposed to side with cops over apparent police brutality episodes, but this video-captured incident — a two-day-old encounter between a young Paul Blart-ish policeman and a couple of attitude girls in a predominantly black neighborhood of Seattle — was primarily the girls’ fault. The cop obviously messed up when he punched the girl in the pink T-shirt, but the women were belligerent and hysterical and physically confrontational.

It was just a stupid jay-walking admonishment to begin with, but the girls elevated it into a neighborhood melodrama by refusing to show respect to the cop and the authority that he represents. Under stable social conditions, all citizens are obliged to chill down and comply when an officer pulls or calls them over. No exceptions, no arguments — you calmly respond to what the officer has to say. N.W.A.’s “Fuck The Police” and other such sentiments don’t apply.

You certainly don’t wave the cop off and walk away, which is reportedly what the girl in the black T-shirt did. If there’s a complaint about a wrong call or illegality or unfairness or what-have-you, there are ways to address this. Tedious and time-consuming ways, yes, but they exist. Either way you don’t tell a cop to piss off, and you don’t physically resist.

“The Seattle Police Department announced at a press conference [yesterday] that it will conduct a review of yesterday’s taped incident on the 3100 block of Martin Luther King Jr. Way S, involving an officer who punched a teenage girl in the face after she shoved him,” a slog.com story says.

“Acting Deputy Chief Nick Metz said today while the department will be reviewing the tape, for departmental training purposes, it’s withholding judgment on the actions of the officer. ‘We have questions about his tactics, so he’s going to receive additional training,’ Metz said of the officer, ‘and we’ve forwarded the incident to the Office of Professional Accountability. That’s all we’re prepared to do at this point.”

Metz adds that the teenagers in the video also ‘bear a great deal of responsibility.’

“Metz says he doesn’t know the officer’s intent–whether he planned on just issuing a warning or ticket the teens for jaywalking. ‘I do know that if the young woman would have stopped and talked to [the officer], we wouldn’t be talking now,” says Metz. Once the teen resisted, a crowd gathered and cell phones started recording the incident.

“Eventually, both teens were arrested — one for the misdemeanor offense of obstructing an officer and the other for third-degree assault on an officer, a felony.”

Barack Obama‘s oil-spill speech, which I just saw this morning, said all the right things, but it was essentially a situational assessment — an awful thing happened, we’re doing this and that, I won’t allow BP to wriggle out of paying for the damage, etc. — and a soft, general-terms sermon about how we all have to stop thinking selfishly short-term and seize the moment by seriously switching to clean-energy policies.

And that…you know, we’ll eventually get through this ecological epidemic if we all hold hands and say a prayer and set out on a new path as a single unified nation, which of course will never happen if the corporate-fellating whores in the Senate and House have anything to say about it.

It was one of those “we can be a better nation if we decide to grow up” speeches — no real fire, no teeth, no thematic lift and, most disappointingly, no tough-sheriff talk and no blunt course-correction specifics.

The Deepwater Horizon oil spill didn’t happen like a hurricane or an earthquake — it was caused by greed and a culture that has long been willing (until a couple of months ago) to allow corporate bad guys to do whatever they want as long as they’re “hiring” and don’t fatten their bank accounts too much in their relentless sociopathic attempts to reduce their operating costs regardless of the risks, and by the willingness of government regulators to become non-regulatory, laissez-faire ass-kissers.

It was basically a 1979 Jimmy Carter speech, and I don’t think I’m alone in saying that it brought me down.