Hollywood Farmer’s Market, a weekly thing that you have to hit early and evacuate from before 10 am. A lower San Joaquin Valley Latino vibe. I had tacos for breakfast. A block west and a block north of the Arclight — Sunday, 7.25, 9:05 am.

“The glittering young blonde in a low-cut gown is sipping champagne in a swank Manhattan restaurant back in the day when things were still swank. She is on a first date with an advertising man as dashing as his name, Don Draper. So you don’t really expect her to break the ice by talking about bad news.

“‘The world is so dark right now,’ she says. ‘One of the boys killed in Mississippi, Andrew Goodman — he’s from here. A girlfriend of mine knew him from summer camp.’ Her date is too busy studying her decolletage, so she fills in the dead air. ‘Is that what it takes to change things?’ she asks. He ventures no answer.

“This is just one arresting moment in the first episode of the new Mad Men season premiering tonight. Like much in this landmark television series, the scene haunts you in part because of what people don’t say and can’t say. Mad Men is about placid postwar America before it went smash.

“We know from the young woman’s reference to Goodman — one of the three civil rights activists murdered in Philadelphia, Miss., in June 1964 — that the crackup is on its way. But the characters can’t imagine the full brunt of what’s to come, and so a viewer in 2010 is left to contemplate how none of us, then or now, can see around the corner and know what history will bring.” — from Frank Rich‘s 7.24 N.Y Times piece, called “There’s a Battle Outside and It Is Still Ragin'”.

I’m not on AMC’s screening list or I’d have a thought or two of my own to pass along. I probably won’t see the opening Mad Men episode tonight because I’m on a flight back to New York this evening around 10 pm, and so it goes. I don’t know what it is about me and Mad Men, but I never seem to watch it. This may be because I started to intensely dislike Draper during season #2. No offense to Jon Hamm , who plays him well and believably. It’s just that Draper is such a prick.

The Salt vs. Inception competition has been settled and resolved, and the plain fact is that Chris Nolan‘s film — complex plot and all — has beaten Phillip Noyce‘s despite the supreme skill and relative ease with which Salt goes down. So the Eloi weren’t intimidated and turned off by the Inception challenge, or not to any significant degree. It was a misreading on my part to suggest that they might be. I stand corrected.

This weekend wasn’t a photo finish. Inception was #1 with almost $44 million (a relatively slight 31% drop from last weekend) while Salt came in second with $36.5 millon, a little more than $7 million behind. By the standard of a strong film tripling its opening weekend haul, Salt should end up with a bit more than $100 million domestic. 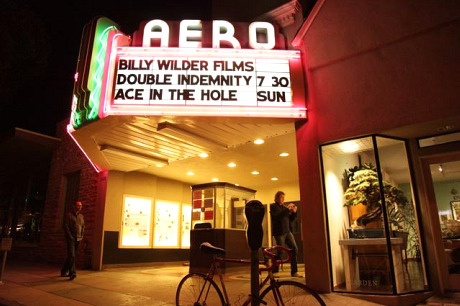 “There’s a thunder god, there’s a green giant rage monster, there’s Captain America from the 40s, there’s Tony Stark who definitely doesn’t get along with anybody. Ultimately these people don’t belong together but the movie is about finding yourself [through] community. And finding that you not only belong together but you need each other, very much. Obviously this will be expressed through punching but it will be the heart of the film.” — Joss Whedon describing his forthcoming Avengers feature.

If you were Robert Downey Jr., Clark Gregg, Scarlett Johansson, Chris Hemsworth, Chris Evans, Samuel L. Jackson, Jeremy Renner and Mark Ruffalo, would you have second thoughts about poisoning your soul and compromising your reputation by taking an Avengers paycheck and working with the likes of Whedon, whose stewardship automatically guarantees problems in terms of the film being a satisfying, full-bodied experience? No. Of course not. You would suck it in, hold your nose and do the job.

“Yesteday’s roof-blowing was owed completely to Harrison Ford‘s first-ever appearance at Comic-Con to promote Jon Favreau‘s Cowboys & Aliens. It was a geek’s wet dream as Han Solo/Indiana Jones took to the stage at Hall H in handcuffs (which we all thought was making light of an earlier stabbing incident but was actually a pre-planned gag, as in Favreau had to drag Ford to the convention in shackles).” — reported by In Contention‘s Kris Tapley.

“The crowd was treated to close to 10 minutes of not just footage, but polished, well-mixed footage with great effects and a decent temp score. Earlier, Favreau said he wanted to make a straight western akin to John Ford or Sergio Leone. He said he looked at films like Predator and Aliens, examples of sci-fi blended with horror elements, rooting the material in a kind of reality. And that’s a good way to describe what we saw.

“The biggest set-piece was a full on alien spaceship attack in the middle of a mid-town showdown. It felt like War of the Worlds invading Unforgiven, and it worked. Hopefully the film can do for the hybrid western what Jonah Hex could not, but at the same time, I can’t help but recall the positive response to Jonah Hex footage at last year’s Con, so time will tell.”

Wells interjection: Comic-Con dog-and-pony shows are meaningless. The geeks will clap and howl like woo-woo dogs for just about anyone or anything.

Back to Tapley: “Still, it’s a heck of a nod from Favreau, who said that when he took on the project he knew he had to have something ready for the convention this year. He delivered, clearly grateful to the audience that helped start the buzz wave on his Iron Man franchise. And he plans to be back next year with more.”

Attacks of this sort are abhorrent. I naturally feel for the victim. That said, I’ve never been one to jump to conclusions but could “too close” mean the victim was (not atypical for a fan boy) Jabba-sized and was therefore lounge-bulking into the privacy space of the attacker? I’m just thinking out loud.

$100 bucks says that at least one 2011 or 2012 fantasy-crap comic-book movie shows a bad guy getting stabbed or shot in the eye.