A journalist friend told me last weekend that he believed that the Russian spy ring story that broke three or four days ago would increase interest in Philip Noyce‘s Salt in the same way the Three Mile Island disaster did a favor for James Bridges‘ The China Syndrome, only to a lesser degree.

I dismissed this because of the anachronistic comedy aspects of the story (a N.Y. Times story said the the spies “could have been more efficient [in their search for information] by surfing the web” and that “none of the accused face charges because in all those years they were never caught sending classified information back to Moscow”) but maybe I’m missing something.

Does this story push Salt into the national conversation in any way, shape or form? Not among HE readers but among rurals, none-too-brights, Average Joes, people who meander around the mall, etc.?

I kept waiting and waiting for the mother of all grand-slam insults, and the only ones that popped through were two old-timers: (a) Joe Pesci‘s elephant dicks line from Raging Bull (starting at 5:03) and (b) Jack Nicholson ‘s withering analysis of female character in As Good As It Gets (starting at 4:23).

The best insults are (a) those that are delivered so deftly that the victim doesn’t realize he/she has been zinged until three or four seconds have elapsed, and (b) those that are coaxed out by the victim, and therefore spoken by the author with some reluctance.

My favorite is from Paths of Glory (1957) when George MacReady‘s General Mireau delivers some pompous line about French patriotism, and Kirk Douglas‘s Colonel Dax mutters that Samuel Johnson felt differently about it. MacReady asks him to explain and Douglas says it was nothing. MacReady angrily insists and Douglas says Johnson’s line about patriotism being “the last refuge of a scoundrel.” 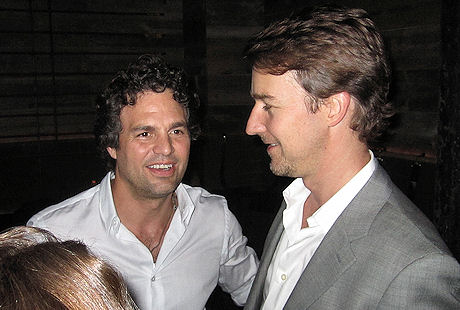 Lisa Cholodenko’s The Kids Are All Right (Focus Features, 7.9) had a premiere last night at the Sunshine Cinemas followed by a swanky Peggy Siegal after-party in lower Tribeca. Me and another photographer swooped in when Ed Norton showed up to chat with costar Mark Ruffalo, but Norton wouldn’t pose more than three or four seconds. 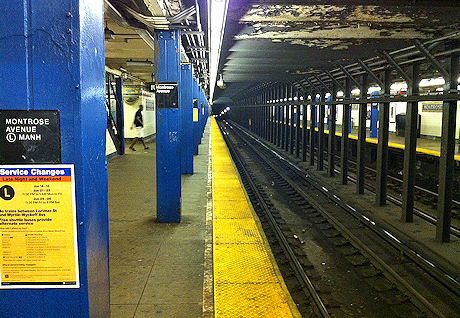 I was on an express train two nights on my way to Times Square, and fearful that I might be late for a screening. The train stopped at 34th Street due to “congestion up ahead,” the recording said. We waited and waited. Then the local came along so I hopped on that. As soon as I sat down the express train I’d just left took off, and then a recording said the local would be delayed due to “congestion up ahead.” 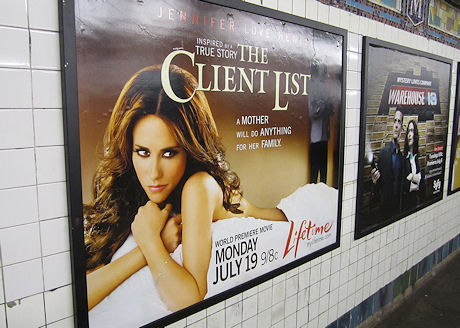 A mom who needed money and made a mistake. Too many miserable expressions. It airs on Lifetime on 7.19 Here’s the trailer. 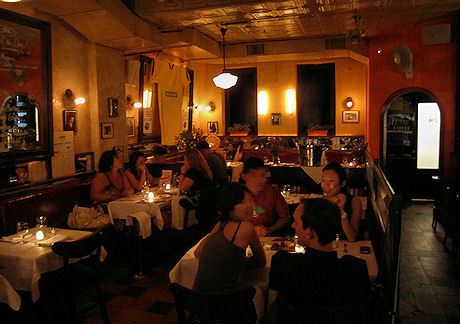 Jacques between Mott and Elizabeth — 6.30, 8:55 pm. Jett and I sat next to Gabriel Byrne, who was chatting with a nice girl who wasn’t at all common (she had a well-born, well-educated demeanor) but “flirty…she looked about thirty.” And then 90 minutes later at the Kids Are All Right party I ran into Byrne’s ex, Ellen Barkin.
July 1, 2010 9:11 amby Jeffrey Wells

In a 7.1 piece, The Guardian‘s Ryan Gilbey states that there are five milestones in film animation worth nothing — silent cartoons (J. Stuart Blackton‘s first-ever animated fim in 1906, a 1917 full-length Argentinian feature by Quirino Christiani called El Apostol), Disney features, Japanese fantasies and Pixar’s digital innovations. There just be more to the grand history of animation than that. More chapters, more details, more names…c’mon.

The broadest response, I’m guessing, to the just-posted trailer for Matt Reeves‘ Let Me In (Overture, 10.1), a remake of Tomas Alfredson‘s Let The Right One In, is how visually similar the two films seem. Greig Fraser‘s cinematography has less in the way of hard fluorescent lighting than Hoyte Van Hoytema‘s lensing of the original, but otherwise they’re almost identical.

My first gut response was that I was glad to see Chloe Moretz holding down the little-girl vampire fort as I had a negative…okay, disinterested reaction to Lina Leandersson in this role when I first caught Alfredson’s original. And also that Kodi Smit-McPhee, the kid from The Road, is sending off some vibrant emotional signals in the role played in the original by Kare Hedebrant. Let’s hope that Smit-McPhee’s character is portrayed as slightly less wimpy.

The remake is set in 1983 in Alberquerque, New Mexico. The original was also set in the early ’80s. Both films are set in the winter with lots of snow everywhere.

It’s also interesting that the Let Me In trailer appeared about a day after as the first AICN research-screening review was posted by a guy named “NAMSNAD.” The writer seems half-and-half about it. One pop-out remark is that some of the edgy material in the Swedish version has been sanded down by Reeves (hardly a surprise — American remakes of European films always seem to soften or modify in some way). Another is that “it seems as if [Reeves] was just content with making an almost shot-for-shot re-make of the original that Twihards would go to.”

Going by the curious and sometimes perverse numerical critical rating system of Rotten Tomatoes, M. Night Shyamalan‘s The Last Airbender is the lowest-ranked major release of the year so far. Hoi polloi critics have given it an average of 5% and the elite have given a 7% rating for an average of 6%.

Robert Luketic‘s Killers actually has the same negative average as Airbender — a 12% Average Joe negative mixed with an elite zero rating. But after re-reading the reviews for this Lionsgate release alongside this morning’s Airbender notices, it seems as if the emotional/aesthetic energy directed at Airbender is more impassioned, in part because it has a tragic element in that it sounds the latest gong in the damaged career of the once-admired M. Night Shyamalan.

Battling it out for fourth and fifth positions are Marmaduke and Grown-Ups. The former has a 10.5% average — 10% general, 11% elite — while Dennis Dugan‘s “comedy” has the same rating with a 10% general and an 11% elite. Sex and the City 2 is currently in sixth place with 12.5 average — a 16 general and 9% elite. Taylor Hackford‘s just-opened Love Ranch is seventh with a 17% general and a 15% creme de la creme for a 16 average.

Occupying the eighth- and ninth-place slots are Clash of the Titans and Prince of Persia, which are tied with 31% each. Clash has a general rating of 30 vs. an elite score of 32. Persia has a 37 general and 25 pick-of-the-pack.

Joe Carnahan‘s A-Team stunk in my book, but its average score of 48 — 49% general, 47% creme — makes it seem almost regal in this particular company. James Mangold‘s Knight and Day is the eleventh worst big-time release of 2010 with a 53% general and a 51% elite for a 52 average. And the twelfth-rated among the major-league disappointments is Eclipse with a 58 average — a 52% hoi polloi and a 64% elite.