Michael Joseph Gross‘s profile of Sarah Palin in the new Vanity Fair strikes me as careful, scrupulous reporting. It confirms, of course, that this woman is ugly, bestial, etc. She is Gregg Stillson, the raging nutter politician played by Martin Sheen in David Cronenberg‘s The Dead Zone. Will her followers read the piece, reconsider, etc.? Get outta town. 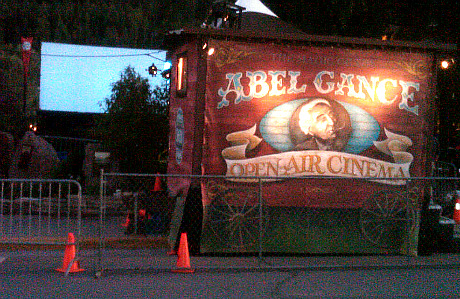 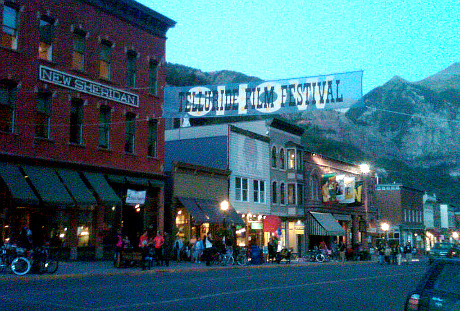 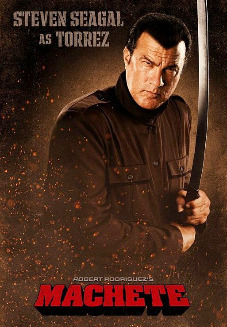 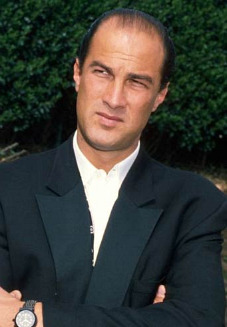 Warner Bros. will stage a Boston premiere of Ben Affleck‘s The Town at Fenway Park on 8 pm on Tuesday, 9.14. A 50-foot-tall screen out in center field, one presumes, plus digital projection and sound that can be heard as far as Revere. Affleck and costars Jon Hamm, Jeremy Renner, Rebecca Hall, Blake Lively and Chris Cooper will walk out on the diamond and take bows like the Beatles at Shea Stadium.

I’m posting Ayz Waraich‘s This Place I Hurt To Be, a six-minute short, because it’s well made and compellingly acted by Stephen L. Sullivan and Jessica James, and nicely shot by Drew Suppa. But it’s also cool that Vimeo is now providing embed codes that are viewable on iPhones and iPads. 5:32 pm Update: I just checked and it works on my iPhone.

THIS PLACE I HURT TO BE from Ayz Waraich on Vimeo.

The 70mm Todd AO version of Oklahoma! (top) was shot separately from the 35 mm version, which is what most general audiences saw when it was released in 1955. The Todd AO version, shot in 30 frames per second, looked pretty good on the old laser disc, but the elements had gone south by the time the 2005 DVD came out. For some reason a DVD rendering of this version was included, and it looks like hell.

The responsibility for this long-gone loss is with 20th Century Fox home video, although it wasn’t Shawn Belston‘s fault. (He wasn’t running the show back then.) The elements of 30-frame Todd AO version of Around the World in 80 Days are also deteriorated and shot to hell. Therefore the only two films in mainstream Hollywood history that were shot in 30 frame Todd AO are complete toast. Congratulations to those responsible. 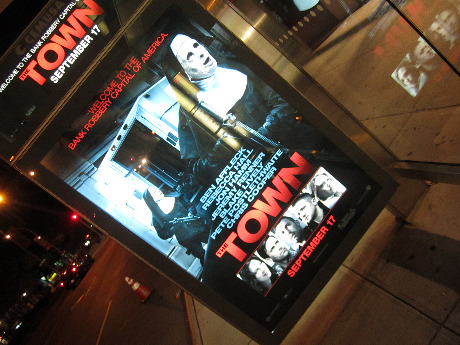 Ben Affleck’s The Town is about to screen in Venice and then Toronto, and, one presumes, in select private screenings. Not that I’ve heard anything from Warner Bros. publicity. 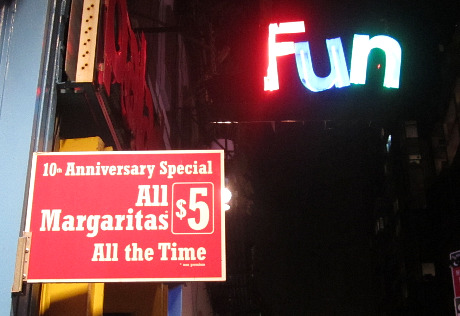 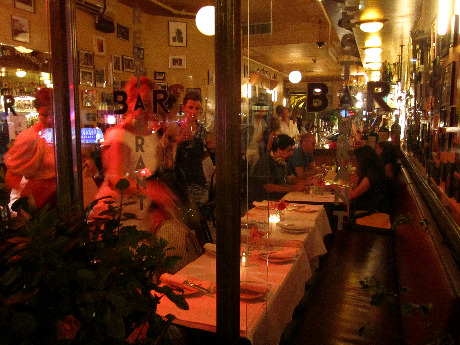 The menu for the new Forbidden Planet Bluray is the most stirring thing about it. I’ve seen never actually seen this sci-fi cult classic start to finish, only portions here and there, but to go the distance is to tap your fingers and roll your eyes. Okay, it’s mildly arresting now and then. The docs and extras pick up the slack to some extent.

No big wows or mild surprises, even, at this year’s Telluride Film Festival, which announced its slate about an hour ago. The title that has my interest most of all, frankly, is Martin Scorsese and Kent Jones‘ Letter to Elia , a documentary about Elia Kazan that will be discussed in a panel consisting of Todd McCarthy, Michael Barker (whose presence presumably confirms that Sony Classics will distribute?) and Jones. 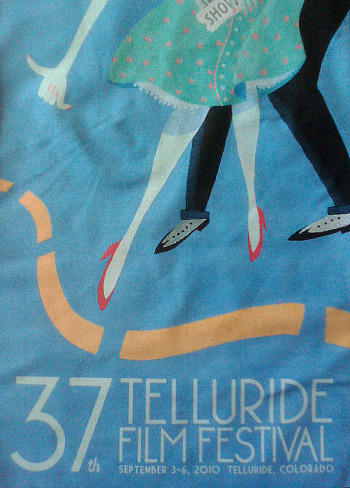 Photos by HE correspondent Glenn Zoller. 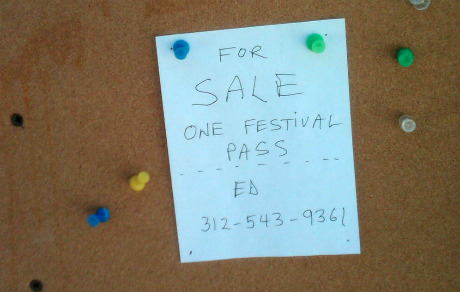 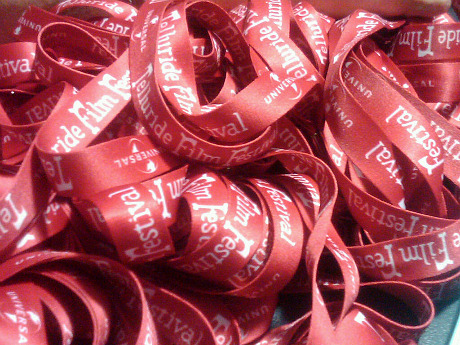 Variety‘s Justin Chang is throwing the same intifada stones as Indiewire‘s Anne Thompson at Julian Schnabel‘s Miral. Who’s standing up for this film? How about the British critics? These reviews are fairly brutal.

The thrust of Chang’s criticism is that while Schnabel is obviously drawn to and engaged by a militant Palestinian perspective on this decades-old conflict, he lacks the stones and conviction to really go to town with it and risk giving offense in some quarters.

“While any film addressing the Israeli-Palestinian divide can expect a measure of controversy, few hearts or minds are likely to be stirred by Schnabel’s inoffensive, well-intentioned Miral,” Chang writes. “Schnabel’s signature blend of splintered storytelling and sobering humanism feels misapplied to this sweeping multigenerational saga of four Arab women living under Israeli occupation, the youngest of which, Miral, emerges a bland totem of hope rather than a compelling movie subject.

“Set to open this month in Europe, Miral will go out in the U.S. on 12.3 through the Weinstein Co., making it the rare film to favor a Palestinian p.o.v. and also be presented under the auspices of Harvey Weinstein, a vocal supporter of Israel.

“But while the film doesn’t shy away from portraying everyday Israeli abuses of authority, its approach to the conflict is calculated to offend as little as possible; the predictable, can’t-we-all-just-get-along coda would be easier to swallow were it preceded by a more politically engaged or personally engaging narrative.”

While calling Miral “heartfelt” and confessing to crying during the film’s bookend sections, Thompson, filing from Venice Film Festival, says that Schnabel “tells the wrong story,” that the film is “earnest agit-prop” with a likely “narrow art-house niche,” and that star Freida Pinto, playing the title role of an orphan who grows into a militant, is “not an expressive actress.” Opaque, she means. Fetching but lacking the necessary chops.

What exactly could the term “the wrong story” mean? I understand that agit-prop films can feel like a lecturing harangue. But could Thompson be alluding to a suspicion that a pro-Palestinian drama is a politically untenable thing as far as award-season politics are concerned?

“The harshness of the Israeli occupation — and continued mutual hatred and distrust — make the rise of the Intifada, which Miral joins, inevitable. She is arrested at 17, brutally caned and released after 24 hours. The movie ends in 1994, a year after the signing of the Oslo Middle East Peace Accord creating two separate states, which the film points out, has still never been honored. Miral goes on to become a reputable journalist working in Italy.

“Her story remains expositional and flat, filled with long debates with her boyfriend Hani (Omar Metwally) about alternative routes to a Middle East solution. ‘What they really want is all of Palestine without Palestinians,’ says Hani. ‘With them here there is no future for us.’ 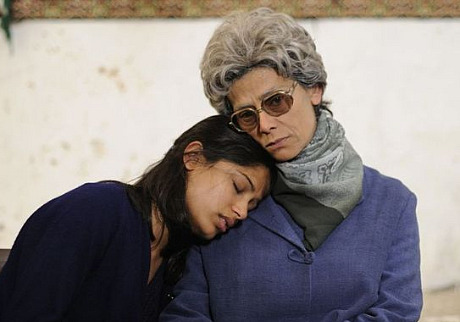 “Schnabel needed a more proficient dramatist to pull this off,” Thompson writes. “He’s an elegant, visual director — he and cinematographer Eric Gautier adopt an unusual blurry technique for the more intense scenes — but this movie, while filmed on authentic Jerusalem locations, too often devolves into dull talking heads.”

She notes that “it’s possible” — i.e., dead certain — “that the Weinsteins will fan flames of controversy around this film’s highly-charged subject. Nonetheless Miral — which will also play Telluride and Toronto — will likely remain within a narrow art-house niche.”