23 Comments
Equal Drink For All 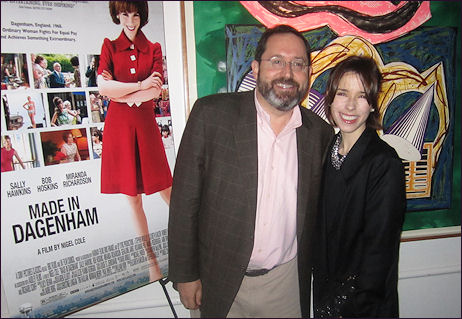 In a 10.5 Slate piece about the screwy-monkey working habits of Tree of Life helmer Terrence Malick (which must be the sixth or or seventh article in journalistic history to be titled “Absence of Malick”), Jessica Winters notes that “genius filmmakers are allowed to improvise, request supernatural feats from their staff, waste time and money, and generally behave in an inscrutable manner befitting their ineffable gifts.”

Malick, however, is a species unto himself. Here’s a portion of the piece, which mainly focuses on the making of Malick’s The Thin Red Line:

“It seems to me that Terry does so much of his work in the editing room,” explains production designer Jack Fisk on the Thin Red Line Bluray commentary. But there, too, Malick works in mysterious ways. According to one of film’s three editors, Billy Weber, Malick saw a full version of the film exactly once: a five-hour work print assembled during the 18-month-long post-production process, and screened for him under some duress. (‘We forced him to watch,’ Weber says in an interview.)

“Otherwise, Malick edited by watching one reel at a time, with the sound off, while listening to a Green Day CD. If he missed any dialogue, it stayed in; if he didn’t, it would likely be supplanted by music or voiceover. ‘I don’t think he was capable of seeing the movie as a whole during the process,’ co-editor Leslie Jones says evenly. ‘…That was a big adjustment.’

“It’s an adjustment for viewers, too, especially for that fervent cult of fans who have psychoanalyzed, memorized, and immersed themselves in The Thin Red Line over the years. (Among the men in my family, Nick Nolte‘s volatile Col. Tall is as eminently quotable as Jeff Lebowski.) It’s startling to find out that this same obsession-worthy film is not one that its director could find cause to watch in full or to edit with the sound on.

“Still, Malick doesn’t fit into our established category for cinema’s pure artists, who tend to fall somewhere on the control-freak spectrum — think of David Fincher asking for 100 takes of a scene or Martin Scorsese knotting the gangsters’ ties himself on the set of GoodFellas. Malick seems to be a different animal: unavailable, cryptic, indecisive, evasive, there-but-not-there. (His self-effacement may extend beyond a simple aversion to interviews.) To judge from the admiring but bemused conversations with his cast and crew, Malick is less like a conductor and more like a muse, perhaps, or an elusive father figure, or a benign god in whom an apostle can have faith but nothing so presumptuous as understanding.

“What emerges isn’t a group of people striving to fulfill an artist’s vision, but rather striving to figure out what that vision might be.”

18 Comments
Under The Bus?

I got into a spirited discussion with Scott Feinberg during last night’s after-party for Sony Classics’ Made in Dangenham, a tidy but stirring rabble-rouser about an equal-pay-for-women strike at a London-area Ford plant in the late ’60s. The subject was The Kids Are All Right and what Focus may be planning to re-energize things for the film and for Annette Bening‘s Best Actress shot in particular.

Bening is facing tough competition from Black Swan‘s Natalie Portman, Another Year‘s Leslie Manville and Winter’s Bone Jennifer Lawrence, to name but three. But in a sense Feinberg is lobbying for an even tougher scenario with yet another competitor, Bening’s costar Julianne Moore, being nominated as well. Feinberg was basically asking why and how Moore has been “thrown under the bus” despite her having the larger and more assertive role in The Kids Are All Right, and having been overlooked or dissed in more award races than Annette.

I for one don’t believe that Bening and Moore have a prayer of being nominated together, and that it would certainly kill the chances of either one winning due to a vote split. Does Moore deserve to be the nominee more than Bening? Perhaps, but whaddaya gonna do? I sound like a go-alonger, right? Feinberg sure doesn’t.

Here’s what he wrote on 7.25 and 8.7, and here’s his latest rant on the subject, posted earlier today.

“Some people are adamant that Annette Bening and Julianne Moore, the co-leads of The Kids Are All Right, cannot both be nominated for the best actress Oscar this year,” Feinberg writes. “That’s a bunch of malarkey. Not only can they, and not only should they, but — if Focus genuinely fights the good fight for both of them, as studio insiders emphatically insist to me that they will — they will be.

“Those who say that it cannot happen point to the large number of quality contenders in the category this year and insist that there isn’t room for two people from the same film. I disagree. Bening and Moore are together in virtually every scene of the film (Moore actually has a few more scenes, alongside Mark Ruffalo). Both actresses have some terrific moments in the film (Bening’s return to the dinner table after discovering Moore was having an affair and Moore’s subsequent soliloquy on the challenges of marriage are both showstoppers). And both are highly-respected by their peers, who have never been shy about nominating them before (the Academy has recognized Bening with three nods and Moore with four, and neither has won yet).

“Some people are pushing the line that Bening has a leg up on Moore because she’s ‘Hollywood royalty‘ (as if people are going to vote for her because she married Warren Beatty) and because she’s made the right friends (she’s a longtime member of the Academy’s Board of Governors), but for all of the aforementioned reasons I simply cannot see a voter sitting down and voting to nominate one but not the other.

“As I first wrote back on July 25, the Academy has nominated two best actress nominees from the same film in five of the 82 years (6% of the time) in which the category has existed: (a) Anne Baxter and Bette Davis for All About Eve (1950); (b) Katharine Hepburn and Elizabeth Taylor for Suddenly, Last Summer (1959); (c) Anne Bancroft and Shirley MacLaine for The Turning Point (1977); Shirley MacLaine and Debra Winger for Terms of Endearment (1983); and Geena Davis and Susan Sarandon for Thelma and Louise (1991).”

I was late to Mike Leigh‘s Another Year, missing showings at both the Cannes and Toronto film festivals. But I finally caught up with it a week ago, and now I know it will be fairly intolerable if Lesley Manville, who plays a sad and scattered and increasingly desperate single in Leigh’s masterful film, doesn’t end up as one of the five Best Actress nominees this year. It really is one of those hot-button performances that can’t be shrugged off. 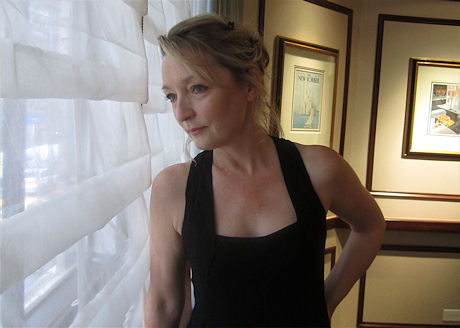 By the end of this expansive but absorbing film Manville’s sadness just floors you. She’s Eleanor Rigby with a wine buzz, and you just know from the get-go that her character, Mary, is probably headed for a sad denoument. We’ve all been trained like dogs to expect that “a character with a problem” will be given a shot at repairing that problem sometime late in the second act or early in the third. Not this time.

Another Year is less of a solitary character study than a family ensemble piece. The central characters or anchors, so to speak, are a 50ish couple, Tim and Gerri (Jim Broadbent, Ruth Sheen), who are friendly with Mary, a divorcee with an occasional susceptibility for fantasy and delusion, and invite her by for brunches and whatnot. (She and Gerri work in the same clinic) There are three other characters who pop in and out, but Mary is the one who’s tragic and teetering, and from our perspective the film becomes almost a kind of death march for the poor woman as the realization sinks in that Mary is stuck and slipping and (God help her) probably doomed.

Mike Leigh is no softy, and Another Year, amusing and finely observed and character-rich as if frequently is, is no walk in the park. But after you’ve seen it there’s no forgetting poor Mary, or, more to the point, the brilliant Ms. Manville. 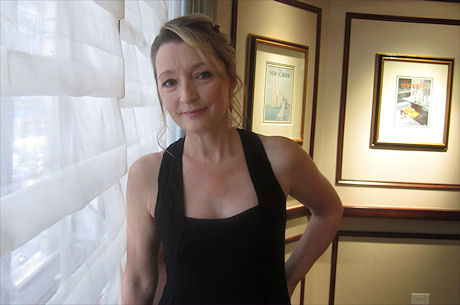 I believe that certain establishments that offer free wifi are careful not to offer super-strong signals. They want to offer customers and guests satisfactory wifi for email and browsing, but they don’t want them to enjoy it too much or else they’ll hang around all day. So they set the wifi access at “sufficient” or “good enough” levels in order to subtly discourage people like me who need stronger wifi in order to upload photos and videos and whatnot.

I know what I sound like, but remember William Burroughs‘ definition of paranoia: “Knowing all the facts.”

I’m writing this because I had a horrible wifi morning at the Regency hotel (Park and 61st). I was sitting there fuming at management in the same way that Charles Grodin gets angry at that Miami Beach restaurant in The Heartbreak Kid when they tell him they have no pecan pie.

I went all Grodin on the world following an interview with Another Year Best Actress hopeful Lesley Manville, as well as a group chat session with Manville, costars Jim Broadbent and Ruth Sheen, and director Mike Leigh. Unfortunately the video footage I took of our sessions is underwhelming. Is it okay to call it wretched? No, no — underwhelming will do.

I’m an ardent admirer of John Curran‘s Stone (Overture, 10.8). It really is some kind of mind-bender that steps outside the box. You think you recognize the elements and know where it’s going to go, and then it does something entirely different. So to help the cause I thought I’d copy and paste the embed code of David Poland’s interview with director John Curran. Except a message popped up saying “video unavailable.” Brilliant.