On the way back from this evening’s Battle: Los Angeles screening I stopped by the newstand on Robertson between Wilshire and Olympic. The latest New Yorker plus a pack of Trident, the guy said, would be $8 and change. Something snapped like a twig. “Eight dollars for a magazine and a pack of gum,” I said with a tone of resignation. He laughed. I’m not likely to submit again. 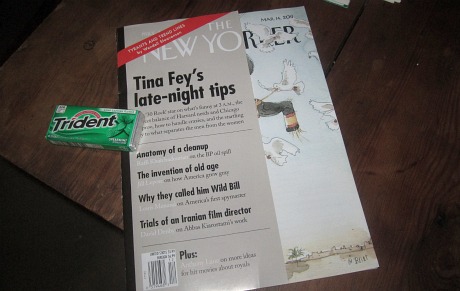 All my life I’ve managed to avoid reading Charlotte Bronte‘s “Jane Eyre“, but I’m going to dash through it this weekend to see if the book, published in 1847, is as morose and chilly and constipated as all the various film adaptations have been. I’m 98% sure that it is, but I want to be able to say that I’ve absorbed it first-hand.

I saw Cary Fukunaga‘s Jane Eyre (Focus Features, 3.11) last night, and it’s full of authentic, high-toned period highs. All the performances (including those from costars Jamie Bell, Judi Dench and Sally Hawkins) seem perfectly aged and restrained in just the right way. And hail to all the other 19th Century downer elements. Everything is exquisitely in place, whipsmart and oh-so-carefully rendered.

But the fretfulness…my God! Jane Eyre is like an Oxford Film Festival mood pocket times ten. It’s like a tattered flag rippling in an early March wind on an English moor. Come to us, all ye educated women of a certain age seeking a Bronte fix! We will envelope you in bonnets and lace and corsets and repression and misery, and make you feel like you’re really and truly stuck in olde country-manor England, full of feeling but afraid to speak of it, much less act. We will saturate you with emotions so damp and muffled that you’ll plotz.

Jane Eyre is so convincing and persuasive in this regard that it made me depressed about my own life, and I’m feeling fine these days.

I wanted to leave about 45 minutes in, but I held fast. One reason was that I didn’t want Wall Street Journal critic Joe “JoMo” Morgenstern, who was sitting in the last row, to see me leaving lest he regard me as lacking in patience and literary couth. But I thought about it being over and being released and the coming joys of getting into the car and driving east to Amoeba Records. In fact, I’ve never been so in love with the Amoeba experience as I was last night at the Clarity screening room.

The best thing about Jane Eyre is Michael Fassbender‘s performance as Edward Rochester. The truth is that he’s been disappointing me in ways modest and small since Hunger, but here he shows his earnest, slightly mad Laurence Olivier chops. Every line he speaks is sharp and grave with a river churning beneath it, and I was especially pleased by that I understood each and every word. Why did this provide particular comfort? Because most of the time I couldn’t understand what Fassbender’s costar, Mia Wasikowska, who plays Jane Eyre, was saying at all. 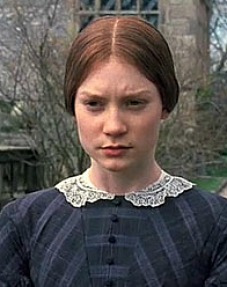 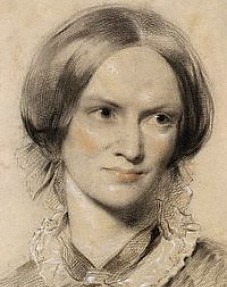 I’m serious. Wasikowska’s eyes are haunted and piercing, and her Jane Eyre face has that silently-suffering quality that the story requires, but her British accent is so….it’s hard to describe but so precociously affected and her delivery is so breathy and trembling and tremulous that I got the gist of what she was saying only occasionally. Most of the time I couldn’t figure what her phrases and/or sentences were conveying at all. Okay, now and then, but it got to the point that I stopped trying to understand her thoughts and started grasping at words.

There’s something opaque and bland about Wasikowska’s face when she’s not turning on the current. I’ve never understood why so many filmmakers are so taken with her because of this. She looks glum and bothered all the time, and in this context her face (which has a sort of Eastern European quality, as suggested by her last name) doesn’t have a genetically English appearance. Jane Eyre is supposed to be plain-looking so that fits, but consider the above drawing of Charlotte Bronte — now that’s a face! That discerning half-scowl…magnificent! And she actually looks like a Brit.

I’ve always been afraid of what the Bronte sisters (Charlotte’s sister Emily wrote Wuthering Heights) might do to my mood if I sat down and actually “let them in,” to so speak.

Didn’t the original Cars (’06) become something of an unmentionable, not just in the general animated realm but also in Pixar circles? I look at this thing and I want to take gas.