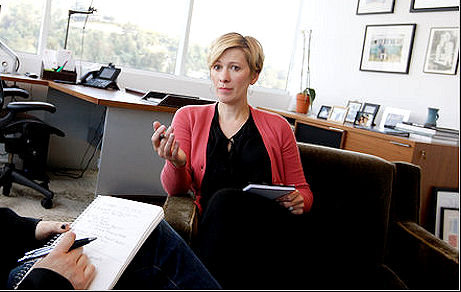 2011 is over 25% gone, and so far there have been eight winners. Which, if any, will figure on ten-best lists nine months from now? Win Win, I’m thinking. What have I omitted?

Good, Okay, Approved: Rango, The Housemaid, Meet Monica Valour, Making The Boys (doc about Mart Crowley and The Boys in the Band), Insidious, The Last Lions.

Respectable But Doesn’t Get There: The Way Back, The Adjustment Bureau, Jane Eyre, The Dilemma, The Company Men, White Irish Drinkers.

Charles Martin Smith‘s Dolphin Tale (Warner Bros., 9.23) is a true-life saga of a wounded dolphin who’d lost his tail in a crab trap, and who was rescued and given a prosthetic replacement. I’m a softie for dolphin movies as long as they’re not Flipper-related. I saw The Cove three or four times, of course. I even accepted the sentimentality in Mike Nichols‘ The Day of the Dolphin. This one looks a little obvious.

Nathan Gamble plays the proverbial cute kid who bonds with the dolphin (who came to be called Winter) early on, and Ashley Judd plays his mom. Harry Connick Jr plays a vet who rescues Winter and brings her to the Clearwater Marine Aquarium. Morgan Freeman is a doctor who helps a prosthetic limb, etc. Presumably shot (and not just processed) in 3D.

You’re making an arduous journey across the arid eastern Oregon plains in 1845, and there’s reason to be worried about available water and therefore survival itself. Bruising, punishing, chilling…no picnic. And then an oblique sense of salvation when you come upon a half-dead, spread-out pine tree — an indicator of underground water and more greenery to come. And so you stop your wagons and walk over to savor its aroma and shade, and to generally take comfort.

And you say to yourself, “I don’t know what the hell movies are because they won’t be invented fer another 50 or 60 years, but if someone ever makes a movie about what we’ve just gone through, I sure as hell hope he or she decides to end it with somethin’ better than discovering a damn tree. I mean, I’m happy now, standing under it and smelling the pine needles and all, but we’ve been telling each other campfire stories all during our journey and we know a little somethin’ about what makes a good yarn, and I’m just being honest here — the sight of a tree is what it is, but it ain’t that profound. I ‘spect some folks who pay to see the movie might feel a bit cheated. I’m jes sayin’.”

Flash forward 165 years to Meek’s Cutoff, a critically respected but deathly dull movie about this journey by director Kelly Reichardt. Her film is spare, austere, quiet, observant and highly realistic in conveying the boredom and tedium of such a trip. It’s not uninteresting, but Reichardt isn’t much into crackerjack engagement by hook or crook. She’s trying to convey more by doing and showing less, but at the very end I said to myself, “That’s it?”

The three strongest characters are Meek (an all but unrecognizable Bruce Greenwood), a bearded, buckskinned, Buffalo Bill-like racist blowhard who doesn’t know all that much about guiding a small wagon train along the Oregon trail; Emily Tetherow (Michelle Williams), one of the three wives on the journey who distrusts and dislikes Meek for obvious reasons; and a bare-backed Native American (Rod Rondeaux) who is captured by Meek and then goaded into leading the wagons to water and green pastures, and who gradually turns out, as you might reasonably expect, to be a strong, decent and even compassionate fellow.

But Reichardt is one of those thoughtful, spiritual, let-well-enough-alone filmmakers who never seem interested in stories with any real bite or snap or strong flavor. She seems to believe in letting her audience sift through raw untreated story material and do the refining as they see fit. All I know is, Meek’s Cutoff trudges along in this fashion and is more than content to take its sweet-ass time because (and I’m not saying this in a snide or smart-ass way) there’s plenty to digest and consider if you’re inclined to think it through. Don’t get me wrong — supplying interesting rudimentary material by way of character and circumstance is one mark of a respectable filmmaker. But after a while you’re saying to yourself, “This is too slow and uneventful.” Because it is.

In a sense Meek’s Cutoff is about Reichardt-the-director looking for a special kind of water — the kind that pays off and satisfies and makes a journey feel like it was well worth taking — and never quite finding it, and staying with the search as the film ends. Walkin’ with hats and bonnets and flintlocks, big-horn oxen, lookin’ for water, runnin’ low on water, parakeet in a cage, establishin’ a relationship with that weird Indian feller, allowin’ a wagon to crash at the bottom of a hill (totalled) and then discoverin’ that pine tree already.

I feel it’s a little dishonest and more than a little inconsiderate for critics to have given this film a glowing pass (as many have — Meek’s Cutoff has an 85% and 86% rating on Rotten Tomatoes and Metacritic, respectively) without plainly explaining, as I’ve tried to do, what it’s like to actually sit in a seat and watch it. The thumbs-up reviews I’ve read are primarily about what the critics got from it in their own heads, and not what the movie is actually putting out as you sit there. It’s realistic and atmospherically moody and dispenses solid-fibre material but you have to do the work, and Joe and Jane Popcorn are used to be being spoon-fed, for the most part. I think they’re going to be pissed and sighing with frustration.

Critics have an obligation, I feel, to at least acknowledge the Joe-and-Jane element. I think it’s a form of lying when you’re writing about a film to say, “Joe and Jane who? I don’t know who they are and I don’t want to know.”

The performances are pretty much flawless by the rules and temp that Reichardt establishes early on. Cheers for Williams, Rondeaux, Greenwood, Will Patton, Zoe Kazan, Paul Dano, Shirley Henderson, Neal Huff and Tommy Nelson.

Honestly? My favorite thing about Meek’s Cutoff is the fact that it was shot and projected at 1.33 to 1. The last commercially viewable film to be shot in this fashion was, I think, Gus Van Sant‘s Last Days. Update: MSN’s Glenn Kenny has reminded that Andrea Arnold‘s Fish Tank is the most recent feature to go all boxy.

Update: I was mistaken about Kelly Reichardt being from or a resident of Oregon. Haste makes mistakes. She was born and raised in Florida and she now resides in New York where she teaches at Bard College.

Dawn Hudson can thank the debacle of the James Franco-Anne Hathaway Oscar telecast for her new job as CEO of the Academy of Motion Picture Arts and Sciences. Otherwise the change-averse board of governors would have probably given the gig to status-quo functionary Ric Robertson, and the show would have probably continued its gradual slide into cultural irrelevance. Robertson has accepted what some are calling a humiliating second-in-command COO position under Hudson. 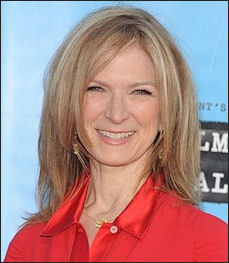 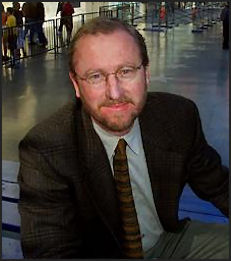 As one who feeds at the AMPAS/Oscar trough, I’m somewhat encouraged by Hudson’s appointment. Her years as exec director of FIND/Film Independent indicated a somewhat nervier, spritzier approach to running a film organization, certainly more so than outgoing AMPAS CEO Bruce Davis. Hudson isn’t a magician, but once she gets past the ritual of soothing Academy elders by demonstrating her allegiance to tradition, she may become a force for changing AMPAS into a somewhat less ossified oufit, and the Oscar telecast into a semi-vibrant, somewhat more connected event than it seems to be now. Maybe.

I can’t help but flinch and scowl when I hear/see Republican legislators with a Southern accent recite their rhetorical blah-blah on a news show. Do these guys exaggerate their yokel patter in order to project more of a country-ish, Tea Party-appealing persona? This plus their corporate-serving views…God.

The main barrier preventing a budget=cut agreement between the Obama administration and Republicans is reportedly over a “rider” that would completely defund Planned Parenthood — a culture-war sop to hinterland primitives because PP advises and assists in abortions.